The economic downturn caused by the coronavirus pandemic has renewed attention on health insurance coverage as millions have lost their jobs and potentially their health coverage. The Affordable Care Act (ACA) sought to address the gaps in our health care system that leave millions of people without health insurance by extending Medicaid coverage to many low-income individuals and providing subsidies for Marketplace coverage for individuals below 400% of poverty. Following the ACA, the number of uninsured nonelderly Americans declined by 20 million, dropping to an historic low in 2016. However, beginning in 2017, the number of uninsured nonelderly Americans increased for three straight years, growing by 2.2 million from 26.7 million in 2016 to 28.9 million in 2019, and the uninsured rate increased from 10.0% in 2016 to 10.9% in 2019.

The future of the ACA is once again before the Supreme Court in California vs. Texas, a case supported by the Trump administration that seeks to overturn the ACA in its entirety. A decision by the Court to invalidate the ACA would eliminate the coverage pathways created by the ACA, leading to significant coverage losses.

Although the number of uninsured has likely increased further in 2020, the data from 2019 provide an important baseline for understanding changes in health coverage leading up to the pandemic. This issue brief describes trends in health coverage prior to the pandemic, examines the characteristics of the uninsured population in 2019, and summarizes the access and financial implications of not having coverage.

After several years of coverage gains following the implementation of the ACA, the uninsured rate increased from 2017 to 2019 amid efforts to alter the availability and affordability of coverage. Coverage losses in 2019 were driven by declines in Medicaid and non-group coverage and were larger among nonelderly Hispanic and Native Hawaiians and Other Pacific Islander people. The number of uninsured children also grew significantly.

In spite of the recent increases, the number of uninsured individuals remains well below levels prior to enactment of the ACA. The number of uninsured nonelderly individuals dropped from more than 46.5 million in 2010 to fewer than 26.7 million in 2016 before climbing to 28.9 million individuals in 2019. We focus on coverage among nonelderly people since Medicare offers near universal coverage for the elderly, with just 407,000, or less than 1%, of people over age 65 uninsured. 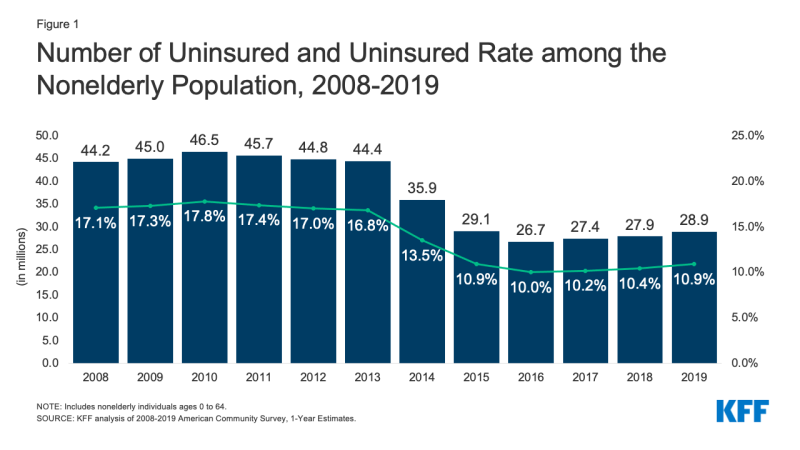 Figure 1: Number of Uninsured and Uninsured Rate among the Nonelderly Population, 2008-2019 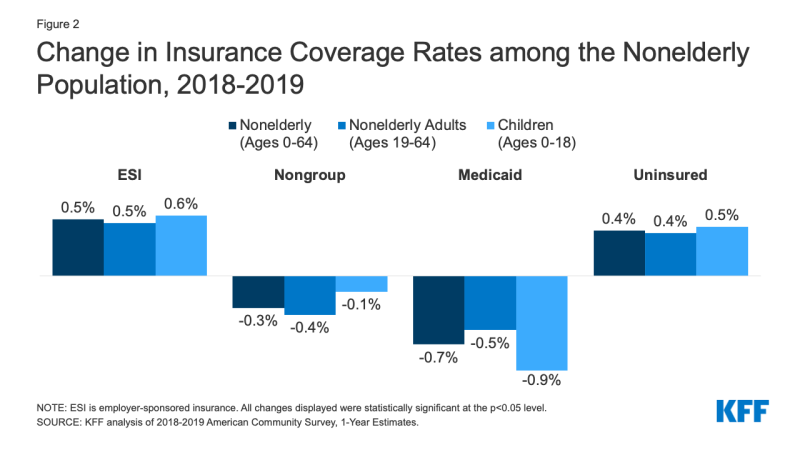 Figure 2: Change in Insurance Coverage Rates among the Nonelderly Population, 2018-2019 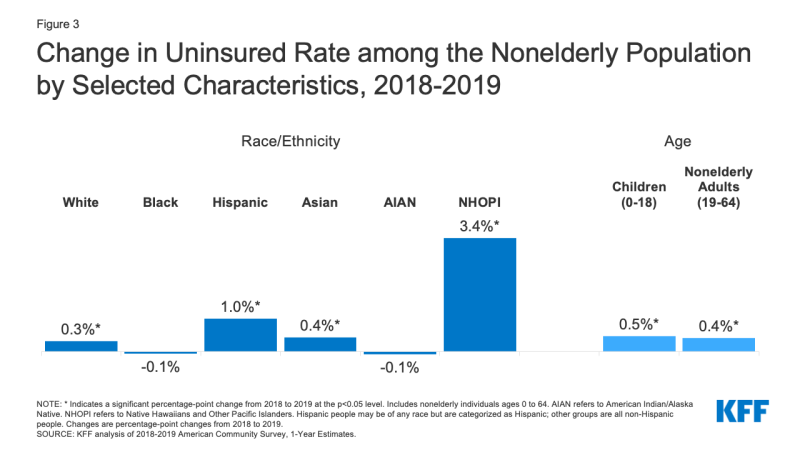 Figure 3: Change in Uninsured Rate among the Nonelderly Population by Selected Characteristics, 2018-2019

Who are the uninsured? 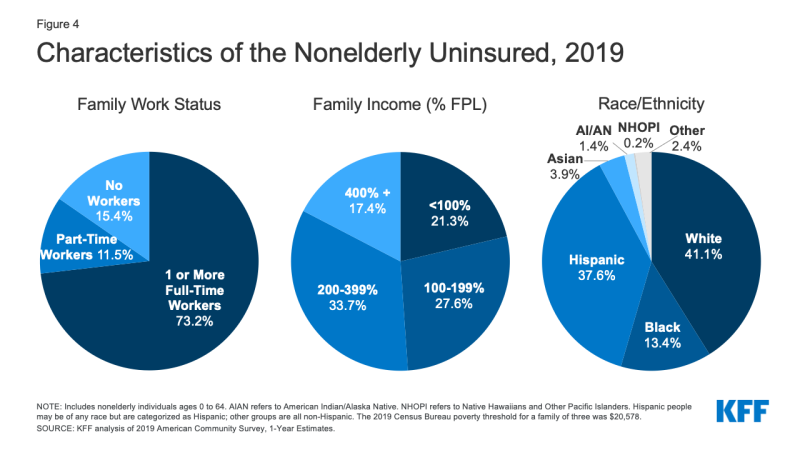 Figure 4: Characteristics of the Nonelderly Uninsured, 2019 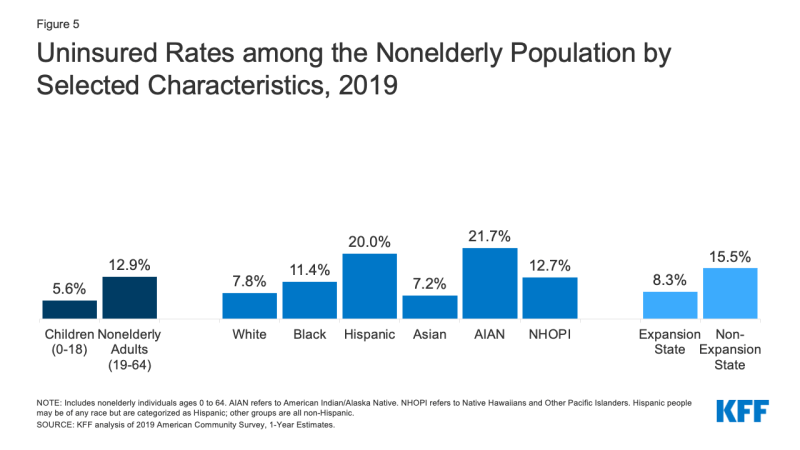 Figure 5: Uninsured Rates among the Nonelderly Population by Selected Characteristics, 2019

Why are people uninsured?

Most of the nonelderly in the U.S. obtain health insurance through an employer, but not all workers are offered employer-sponsored coverage or, if offered, can afford their share of the premiums. Medicaid covers many low-income individuals; however, Medicaid eligibility for adults remains limited in some states. Additionally, renewal and other policies that make it harder for people to maintain Medicaid likely contributed to Medicaid enrollment declines. While financial assistance for Marketplace coverage is available for many moderate-income people, few people can afford to purchase private coverage without financial assistance. Some people who are eligible for coverage under the ACA may not know they can get help and others may still find the cost of coverage prohibitive. 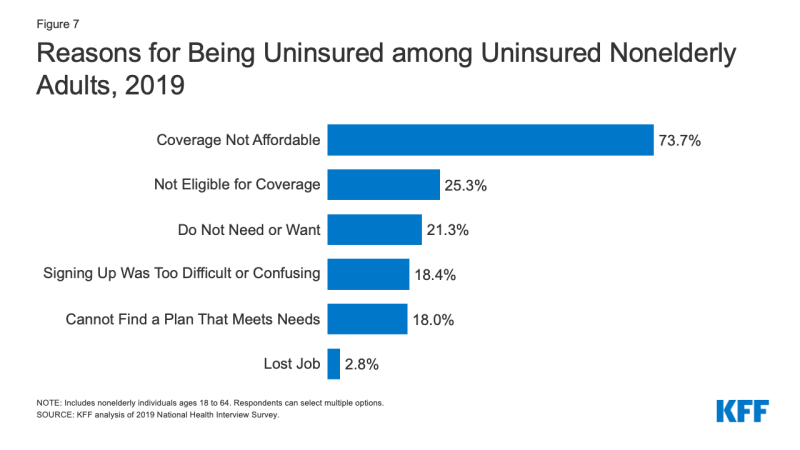 How does not having coverage affect health care access?

Health insurance makes a difference in whether and when people get necessary medical care, where they get their care, and ultimately, how healthy they are. Uninsured adults are far more likely than those with insurance to postpone health care or forgo it altogether. The consequences can be severe, particularly when preventable conditions or chronic diseases go undetected. 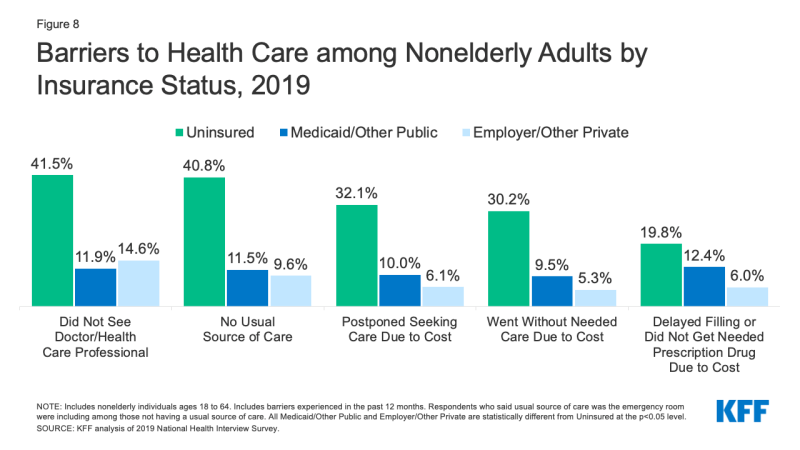 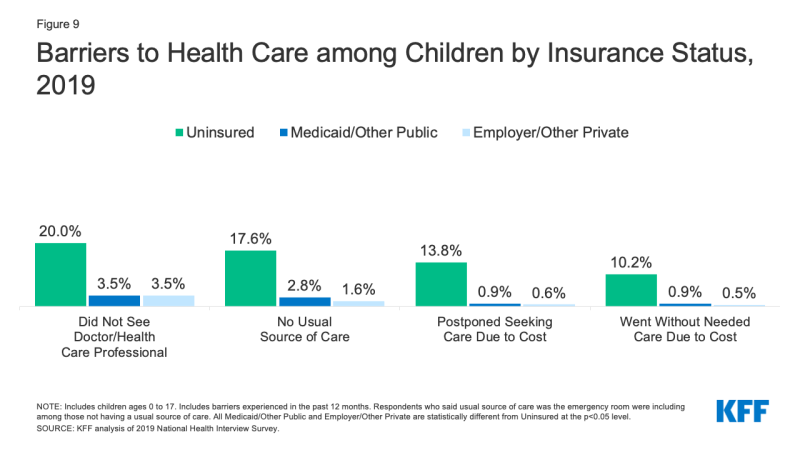 Figure 9: Barriers to Health Care among Children by Insurance Status, 2019

What are the financial implications of being uninsured?

The uninsured often face unaffordable medical bills when they do seek care. These bills can quickly translate into medical debt since most of the uninsured have low or moderate incomes and have little, if any, savings.26,27 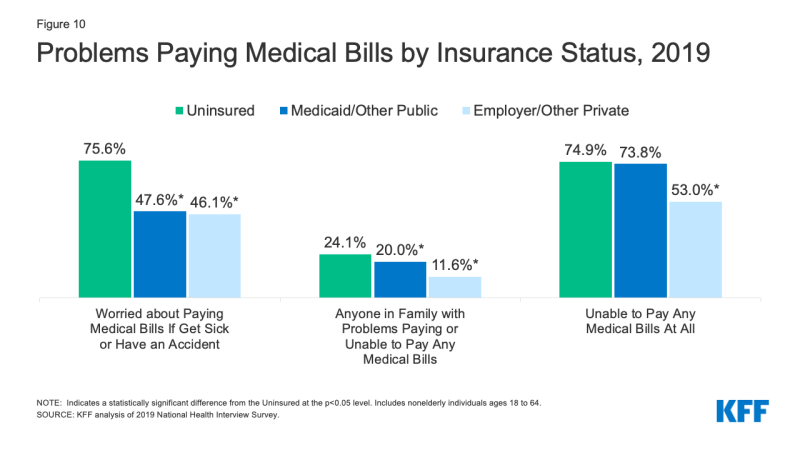 The number of people without health insurance grew for the third year in a row in 2019. Recent increases in the number of uninsured nonelderly individuals occurred amid a growing economy and before the economic upheaval from the coronavirus pandemic that has led to millions of people losing their jobs. In the wake of these record job losses, many people who have lost income or their job-based coverage may qualify for expanded Medicaid and subsidized marketplace coverage established by the ACA. In fact, recent data indicate enrollment in both Medicaid and the Marketplaces has increased since the beginning of the pandemic. However, it is expected the number of people who are uninsured has increased further in 2020.

Drops in coverage among Hispanic people drove much of the increase in the overall uninsured rate in 2019. Changes to the Federal public charge policy may be contributing to declines in Medicaid coverage among Hispanic adults and children, leading to the growing number without health coverage. These coverage losses also come as COVID-19 has hit communities of color disproportionately hard, leading to higher shares of cases, deaths, and hospitalizations among people of color. The lack of health coverage presents barriers to accessing needed care and may lead to worse health outcomes for those affected by the virus.

Even as the ACA coverage options provide an important safety net to people losing jobs during the pandemic, a Supreme Court ruling in California vs. Texas could have major effects on the entire health care system. If the court invalidates the ACA, the coverage expansions that were central to the law would be eliminated and would result in millions of people losing health coverage. Such a large increase in the number of uninsured individuals would reverse the gains in access, utilization, and affordability of care and in addressing disparities achieved since the law was implemented. These coverage losses coming in the middle of a public health pandemic could further jeopardize the health of those infected with COVID-19 and exacerbate disparities for vulnerable people of color.