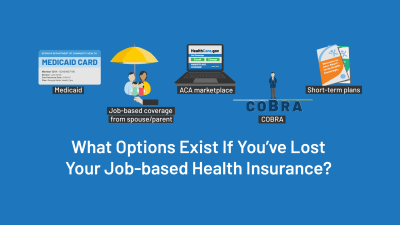 As unemployment skyrockets due to the COVID-19 pandemic, tens of millions of people are at risk of losing their job-based health insurance. However, the majority of people are eligible for other forms of health insurance coverage. Watch this two minute video to learn about the options: Medicaid, job-based coverage from a spouse or parent, ACA marketplace coverage, COBRA and short-term insurance plans.

The number of uninsured people in the United States has received increased attention since the enactment of the Affordable Care Act in 2010. How much do you know about the uninsured population and the consequences of not having coverage? Take our quiz. 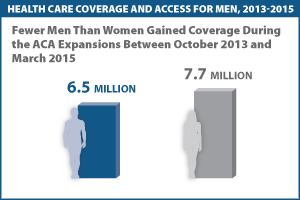 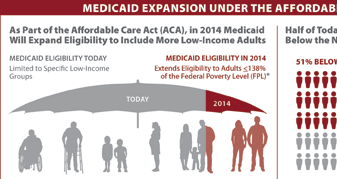