We estimate between 5.3 million and 14.2 million people will lose Medicaid coverage during the 12-month unwinding period following the end of the pandemic-era Medicaid continuous enrollment provision.

How states approach the unwinding will have an impact on the ability of eligible individuals to retain Medicaid coverage and those who are no longer eligible to transition to other coverage. We highlight 10 key points about the unwinding of the provision.

See our analyses about implications of ending the Public Health Emergency

Recent Data Show That Medicaid Enrollment Has Increased During the Pandemic

We draw on findings from KFF’s Behavioral Health Survey to examine how state Medicaid programs have utilized telehealth to increase access to behavioral health care during the pandemic.

States reported high utilization of telehealth for behavioral health care across all or most populations served by Medicaid. Utilization has declined from peak levels but remains higher than before the pandemic. Most states report that they are likely to keep many of the expansions in place. 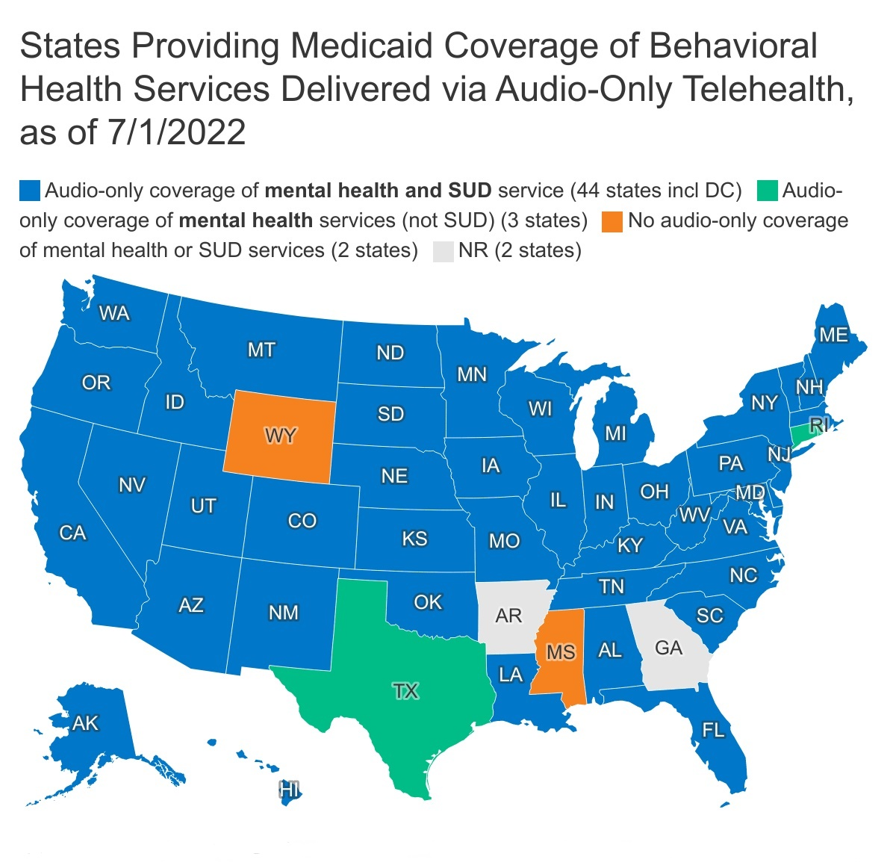 A Look at Strategies to Address Behavioral Health Workforce Shortages: Findings from a Survey of State Medicaid Programs

How Many Nursing Facility Residents and Staff Are Up To Date On COVID-19 Vaccines?

Moving into the holiday—and COVID-19/flu —seasons, KFF finds that only 45% of nursing home residents and 22% of staff were up to date with their COVID-19 vaccines as of November 20.

This is concerning because people in nursing facilities are at higher risk of having worse outcomes if infected with COVID-19 and one-fifth of all U.S. COVID-19 deaths occurred among residents and staff in long-term care facilities.

Over 200,000 Residents and Staff in Long-Term Care Facilities Have Died From COVID-19

State Medicaid agencies expect enrollment to decline, total spending growth to slow and state spending to rise after the expiration of the COVID19 public health emergency, which most states anticipated would end by mid-FY 2023.

How the Pandemic Continues to Shape Medicaid Priorities: Medicaid Budget Survey for State FY 2022 and 2023

Medicaid Enrollment Has Increased During the Pandemic

Browse the Latest from KFF