Many firms, particularly larger firms, choose to pay for some or all of the health services of their workers directly from their own funds rather than by purchasing health insurance for them. This is called self-funding. Both public and private employers can use self-funding to provide health benefits. Federal law (the Employee Retirement Income Security Act of 1974, or ERISA) exempts self-funded plans established by private employers (but not public employers) from most state insurance laws, including reserve requirements, mandated benefits, premium taxes, and many consumer protection regulations. Sixty-five percent of covered workers are in a self-funded health plan in 2022. Self-funding is common among larger firms because they can spread the risk of costly claims over a large number of workers and dependents. Some employers which sponsor self-funded plans purchase stoploss coverage to limit their liabilities.

In recent years, a complex funding option, often called level-funding, has become more widely available to small employers. Level-funded arrangements are nominally self-funded options that package together a self-funded plan with extensive stoploss coverage that significantly reduces the risk retained by the employer. Thirty-five percent of covered workers in small firms (3-199 workers) are in a level-funded plan. 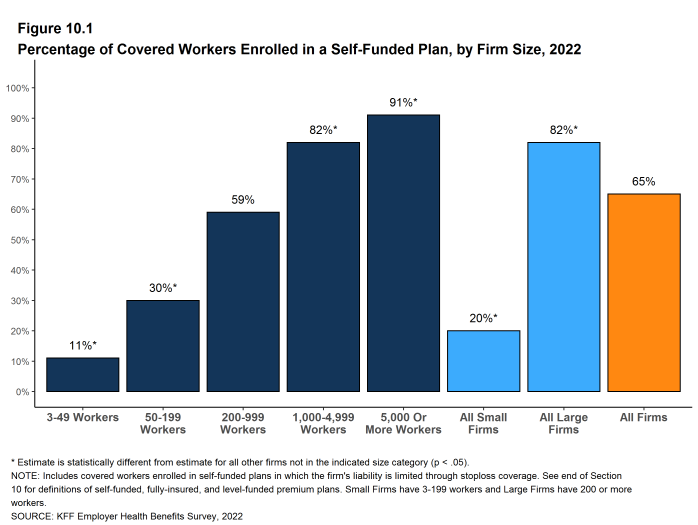 Figure 10.1: Percentage of Covered Workers Enrolled in a Self-Funded Plan, by Firm Size, 2022 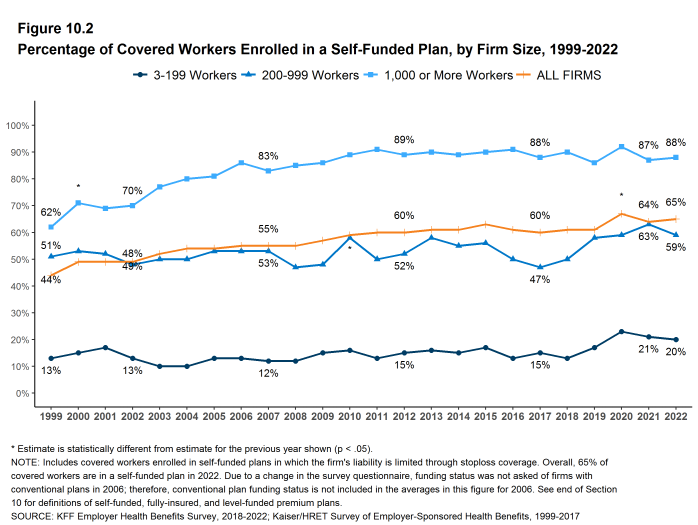 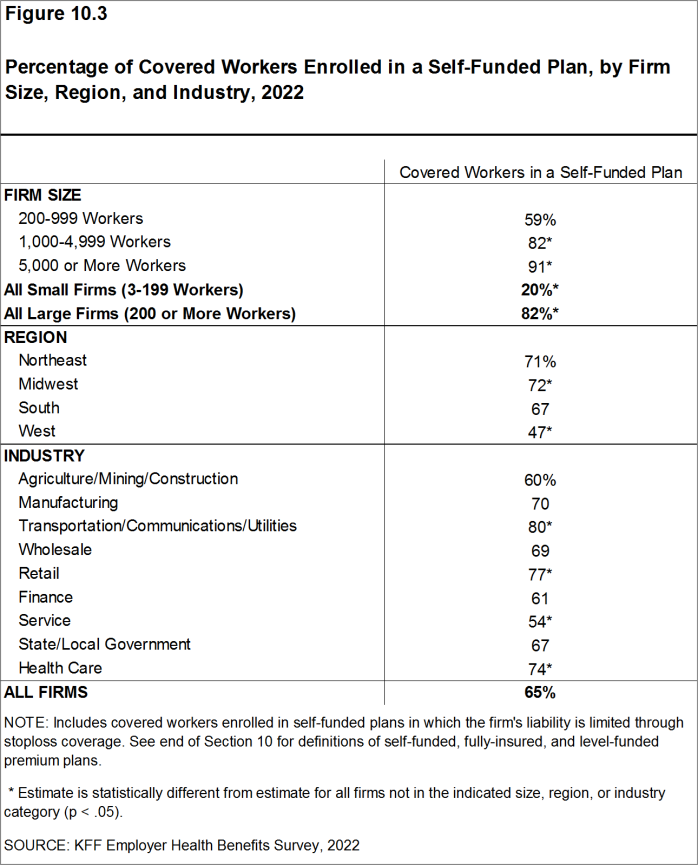 Figure 10.3: Percentage of Covered Workers Enrolled in a Self-Funded Plan, by Firm Size, Region, and Industry, 2022 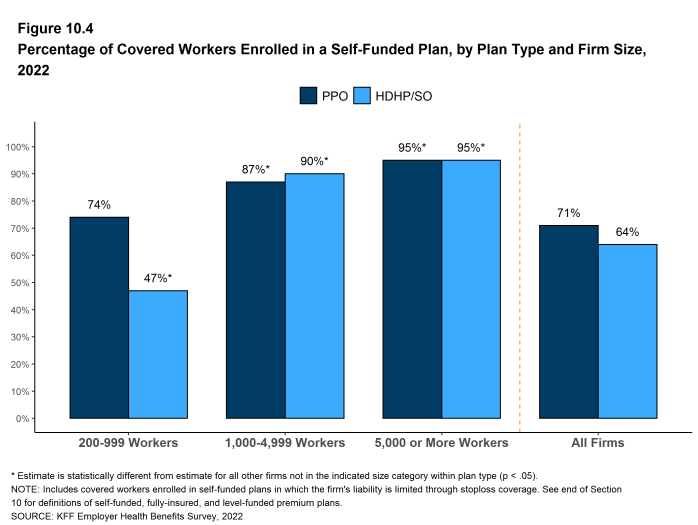 Figure 10.4: Percentage of Covered Workers Enrolled in a Self-Funded Plan, by Plan Type and Firm Size, 2022 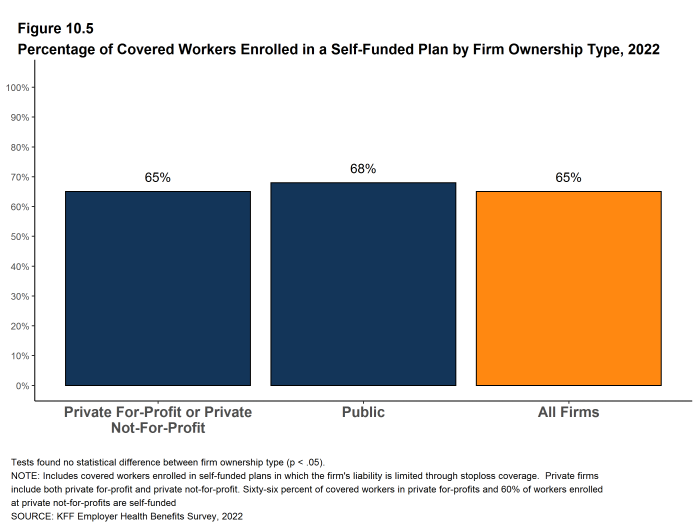 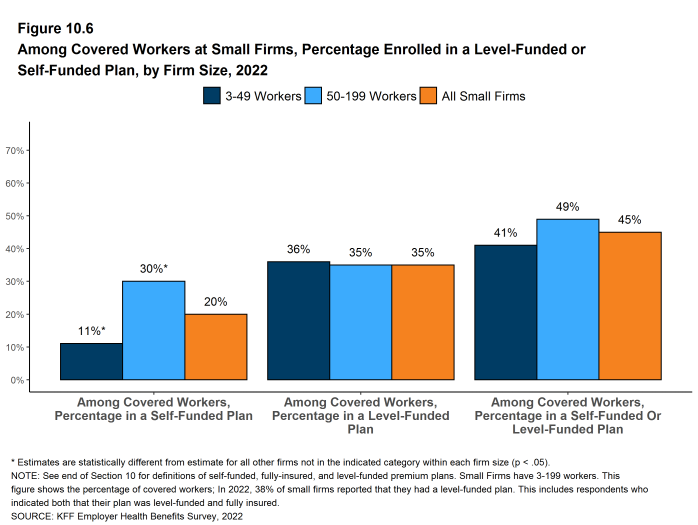 Figure 10.6: Among Covered Workers at Small Firms, Percentage Enrolled in a Level-Funded or Self-Funded Plan, by Firm Size, 2022 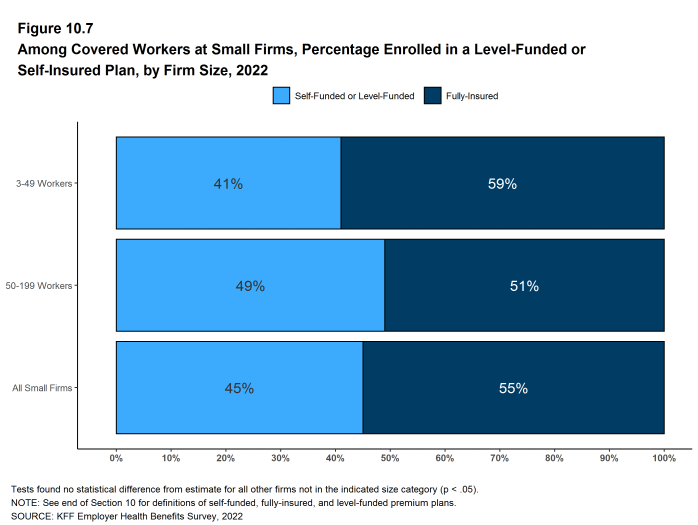 Figure 10.7: Among Covered Workers at Small Firms, Percentage Enrolled in a Level-Funded or Self-Insured Plan, by Firm Size, 2022 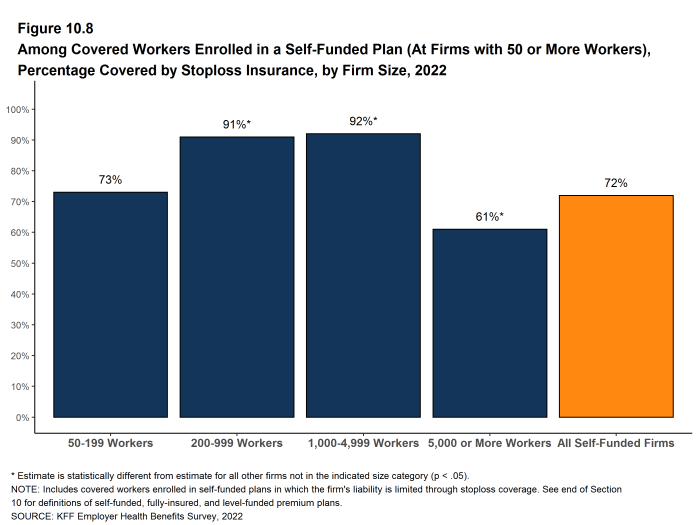 Figure 10.8: Among Covered Workers Enrolled in a Self-Funded Plan (At Firms With 50 or More Workers), Percentage Covered by Stoploss Insurance, by Firm Size, 2022 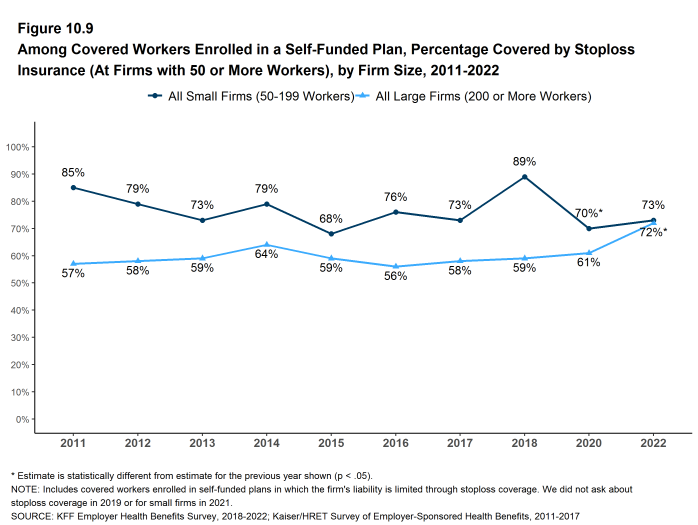 Figure 10.9: Among Covered Workers Enrolled in a Self-Funded Plan, Percentage Covered by Stoploss Insurance (At Firms With 50 or More Workers), by Firm Size, 2011-2022


Fully-Insured Plan An insurance arrangement in which the employer contracts with a health plan that assumes financial responsibility for the costs of enrollees’ medical claims.

Level-Funded Plan An insurance arrangement in which the employer makes a set payment each month to an insurer or third party administrator which funds a reserve account for claims, administrative costs, and premiums for stop-loss coverage. When claims are lower than expected, surplus claims payments may be refunded at the end of the contract.

Attachment Point Attachment points refer to the amount at which the insurer begins to pay its obligations for stoploss coverage, either because plan, individual or claim spending exceed a designated value.