How do Medicare beneficiaries fare with respect to access to care?

The enactment of Medicare improved access to care for millions of elderly Americans.

Prior to the enactment of Medicare in 1965, less than half of all elderly people had insurance to help pay for hospital and other medical services.1 Many were unable to obtain health insurance either because they could not afford the premiums or because they were denied coverage based on their age or pre-existing health conditions. Medicare significantly improved access to care for elderly Americans and is now a vital source of financial and health security for nearly all Americans age 65 and older, as well as millions of people with permanent disabilities.

Beneficiaries generally enjoy broad access to physicians, hospitals, and other providers, and report relatively low rates of problems across a number of access measures. Yet, access problems are reported somewhat more frequently among certain subgroups, including younger adults with disabilities, low-income beneficiaries, and those in relatively poorer health. 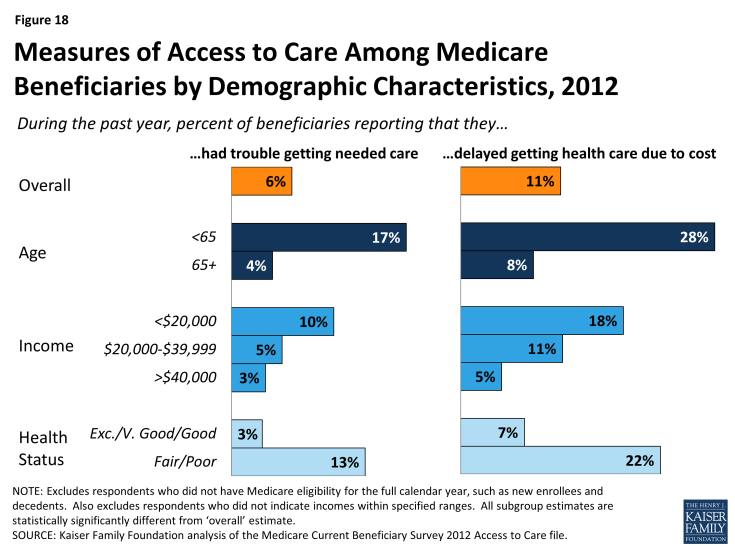 Figure 18: Measures of Access to Care Among Medicare Beneficiaries by Demographic Characteristics, 2012 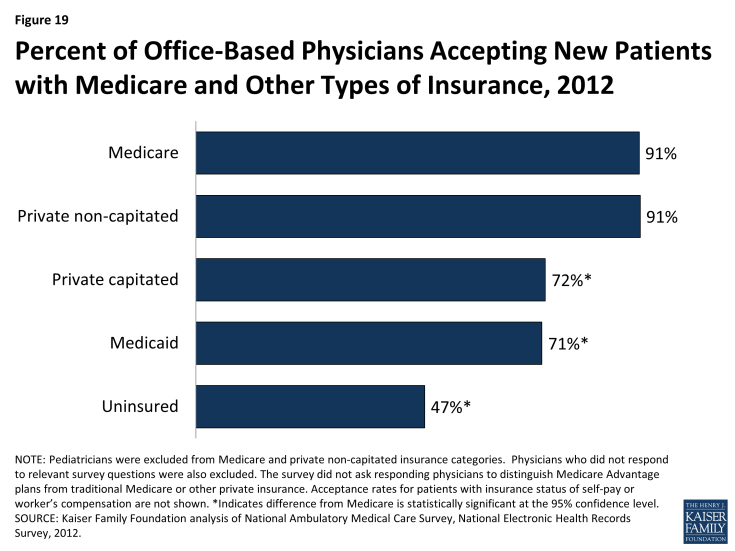 Figure 19: Percent of Office-Based Physicians Accepting New Patients with Medicare and Other Types of Insurance, 2012 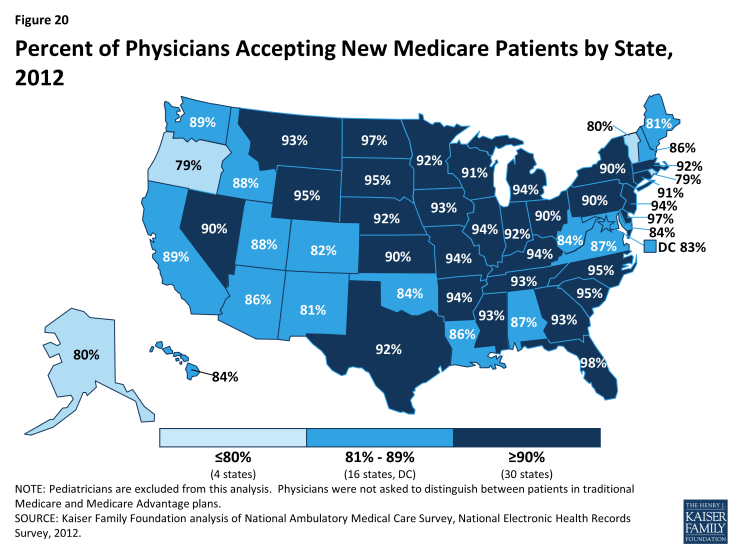 What is the role of Medicare for dual-eligible beneficiaries? How does Medicare pay providers in traditional Medicare?