What is the role of Medicare for dual-eligible beneficiaries?

Medicare and Medicaid play important but different roles for people who are eligible for both programs.

For the 10 million low-income elderly and disabled people who are covered under both the Medicare and Medicaid programs (often referred to as “dual-eligible” beneficiaries), Medicare is their primary source of health insurance (Figure 14). Medicare covers most medical services, including inpatient and outpatient care, physician services, diagnostic and preventive care and, since 2006, outpatient prescription drugs under Part D plans. Medicare does not cover routine outpatient dental care or non-skilled long-term services and supports, such as in home care or extended home and personal care in the community. Medicaid, a need-based program funded jointly by the federal and state governments, supplements Medicare by providing help with Medicare’s premiums and cost-sharing requirements, and by helping to pay for the services that are not covered by Medicare. Together, these two programs help to shield very low-income Medicare beneficiaries from potentially unaffordable out-of-pocket medical and long-term care costs. 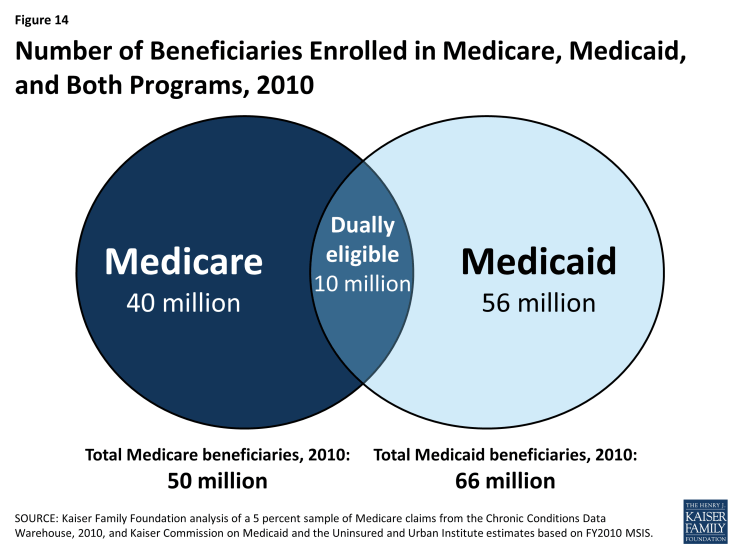 Figure 14: Number of Beneficiaries Enrolled in Medicare, Medicaid, and Both Programs, 2010 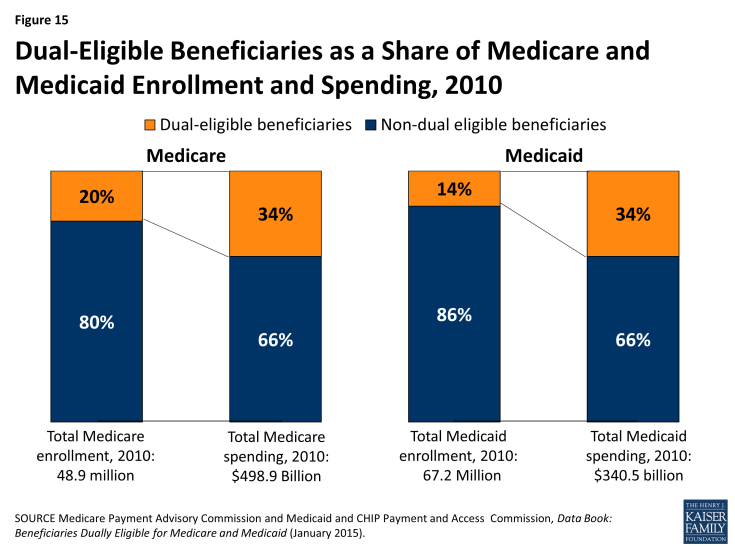 Figure 15: Dual-Eligible Beneficiaries as a Share of Medicare and Medicaid Enrollment and Spending, 2010 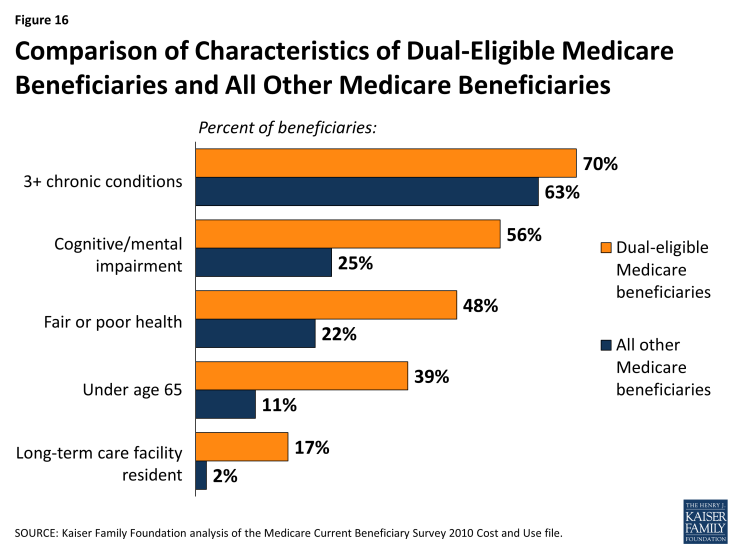 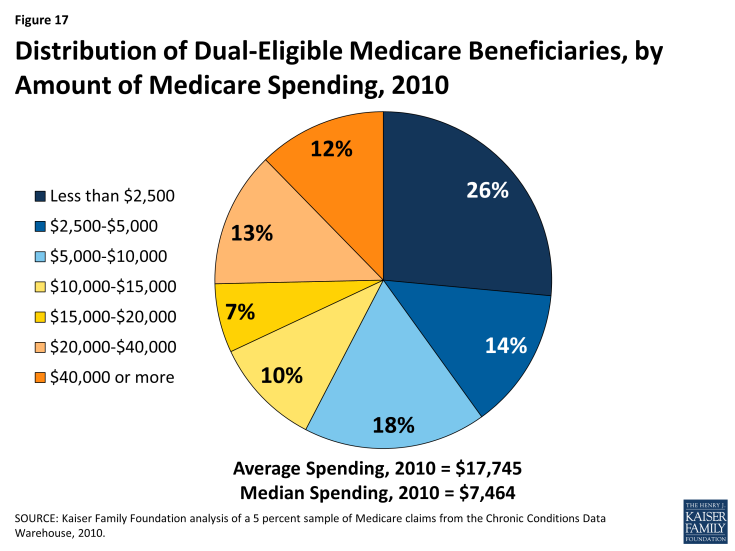 Efforts are underway to improve the coordination of care for dual-eligible beneficiaries.

Policymakers at the federal and state levels are developing initiatives for dual-eligible beneficiaries to improve the coordination of their care and to reduce spending for both Medicare and Medicaid. Currently, the Centers for Medicare & Medicaid (CMS) has approved 13 federal-state demonstrations in 12 states (California, Colorado, Illinois, Massachusetts, Michigan, Minnesota, New York, Ohio, South Carolina, Virginia, and Washington) to improve care coordination and align financing for up to 1.5 million dual-eligible beneficiaries. Most states are pursuing capitated managed care options; two states (Colorado and Washington) are testing managed fee-for-service (FFS) models, and one state (Minnesota) will integrate administrative, but not financial, alignment. As of October 2014, 166,580 beneficiaries were enrolled in demonstrations in California, Illinois, Massachusetts, Ohio, and Virginia. CMS has also undertaken an initiative to prevent unnecessary hospitalizations of nursing home residents, two-thirds (67%) of whom are dual-eligible beneficiaries, by providing enhanced on-site services and supports.