How much do beneficiaries pay for Medicare benefits?

Many people who are covered under traditional Medicare obtain some type of private supplemental insurance (such as Medigap or employer-sponsored retiree coverage) to help cover their Medicare cost-sharing requirements.

Many beneficiaries face significant out-of-pocket costs for both premiums and non-premium expenses to meet their medical and long-term care needs.

The burden of out-of-pocket spending for health care expenses is three times larger for Medicare households than non-Medicare households (Figure 5). In 2010, Medicare beneficiaries spent $4,745 out of their own pockets for health care spending, on average, including premiums for Medicare and other types of supplemental insurance and costs incurred for medical and long-term care services (Figure 6). Premiums for Medicare and supplemental insurance accounted for 42 percent of average total out-of-pocket spending among beneficiaries in traditional Medicare in 2010. 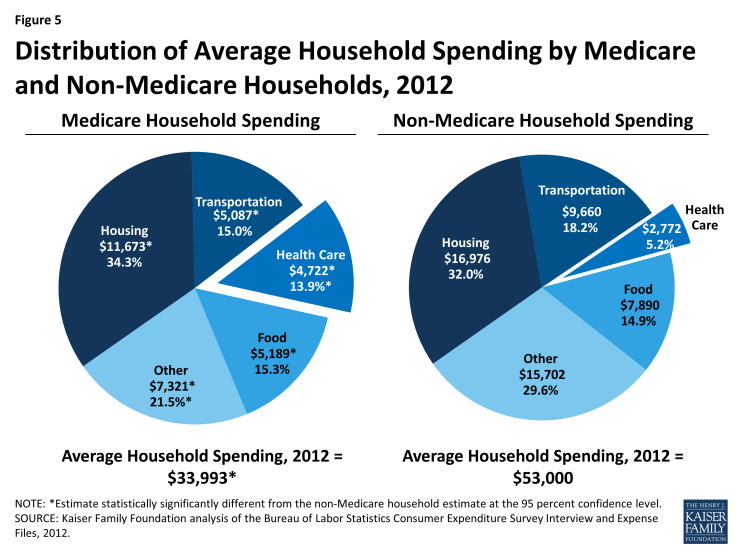 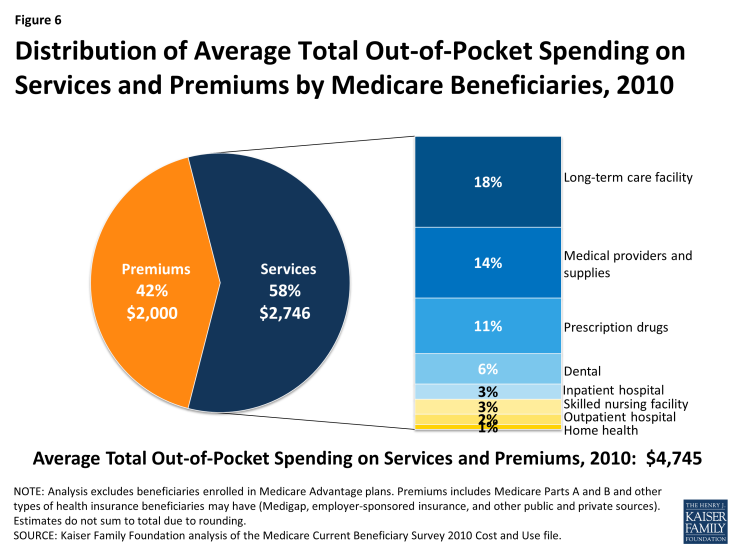 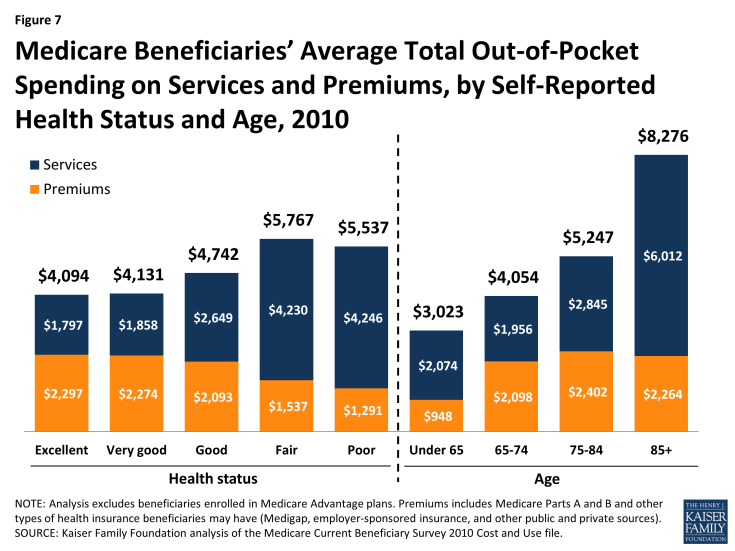 What does Medicare cover? What is the Medicare Part D prescription drug benefit?