What are the characteristics of people with Medicare?

Medicare covers a population with a diverse profile in terms of demographics and health status. A majority of beneficiaries are white, female, between the ages of 65 and 84, and report their health status as good or better. While many Medicare beneficiaries enjoy good health, others have significant health needs and limitations. 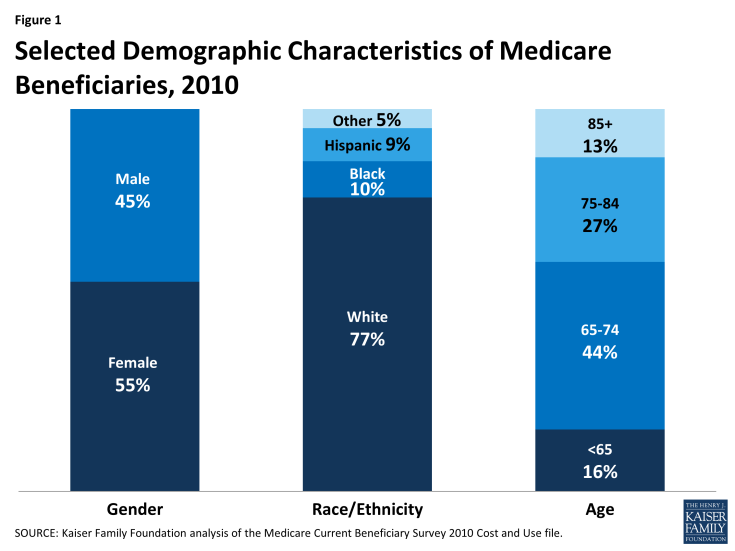 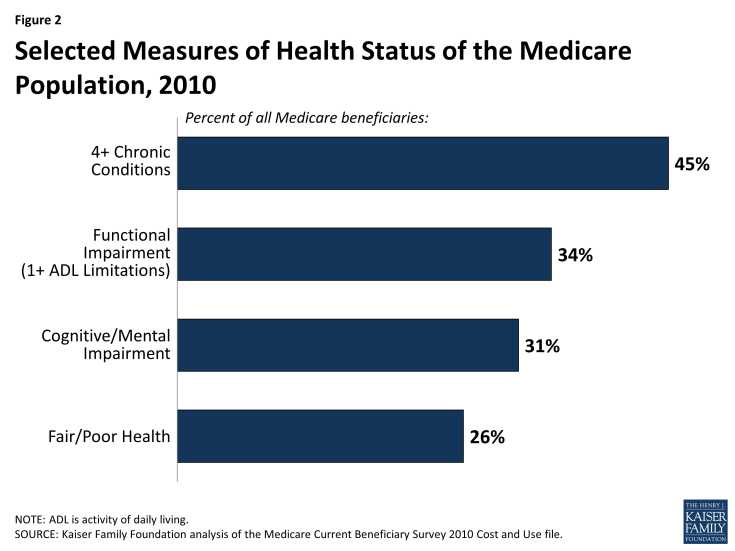 Figure 2: Selected Measures of Health Status of the Medicare Population, 2010

A larger share of beneficiaries at both ends of the age spectrum report poorer health status and having more chronic conditions and functional limitations than beneficiaries between the ages of 65 and 74.

Compared to beneficiaries over age 65, a larger share of beneficiaries under age 65 are men (53% versus 44%), racial and ethnic minorities (36% versus 21%), and are dually eligible for Medicare and Medicaid (46% versus 14%). Because people under age 65 on Medicare qualified due to having a permanent disability, they typically have relatively high rates of chronic conditions, functional limitations, and cognitive impairments. A much larger share of beneficiaries under age 65 than those ages 65 and older report that they are in fair or poor health status (56% versus 21%).

Among beneficiaries at the older end of the age spectrum, a larger share of beneficiaries ages 85 and older than those between the ages of 65 and 74 are women (67% versus 54%), white (85% versus 78%), living in long term care facilities (17% versus 2%), and dually eligible for Medicare and Medicaid (20% versus 11%). Not surprisingly, there are also differences in health status between the two groups; compared to younger seniors, a larger share of the oldest old (age 85 and older) have four or more chronic conditions (61% versus 36%), cognitive impairments (44% versus 19%), and one or more functional limitations (60% versus 20%).

In 2013, half of all Medicare beneficiaries had incomes below $23,500 per person (Figure 3).2 This equates to roughly 200 percent of the federal poverty level ($11,173 for a single person and $14,095 for a married couple age 65 and older in 2013).3 Income declines with age among seniors and is lower among women than men and among blacks and Hispanics compared to whites, and higher among married beneficiaries and those with higher education levels. A larger share of beneficiaries under age 65 have relatively low incomes compared to those ages 65 and older. 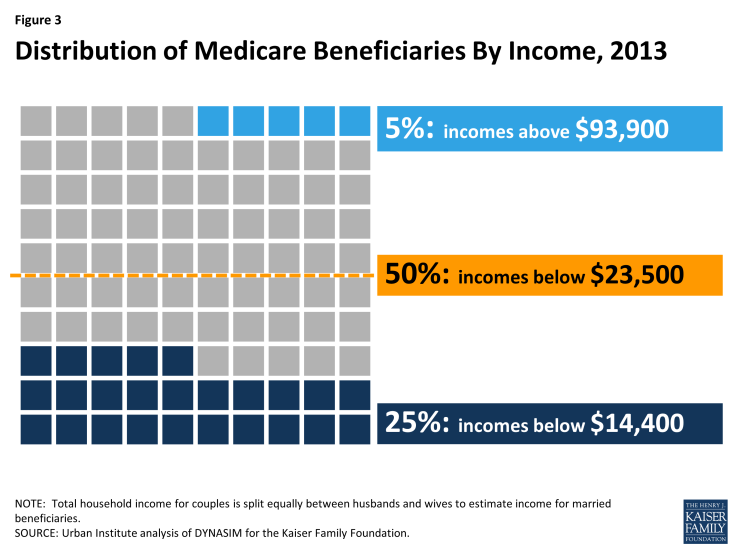 Future growth in the Medicare population will affect the demographic profile of beneficiaries.

Driven by the aging “Baby Boom” generation, the U.S. population ages 80 and over will nearly triple between 2010 and 2050, increasing from 11 million to 31 million people, and the number of people ages 90 and over will quadruple (from 2 million to 8 million). As an increasing number of people become eligible for Medicare and as more people live into their 80s and beyond, the demographics of the Medicare population can be expected to change, not only in terms of the age distribution, but also beneficiaries’ physical and mental capabilities, financial resources, health status, and medical needs.

Who is eligible for Medicare? What does Medicare cover?