How is Medicare financed and what are Medicare's future financing challenges?

Funding for Medicare comes primarily from general revenues, payroll tax revenues, and premiums paid by beneficiaries. Other sources include taxes on Social Security benefits, payments from states, and interest.

Medicare is funded as follows (Figure 29): 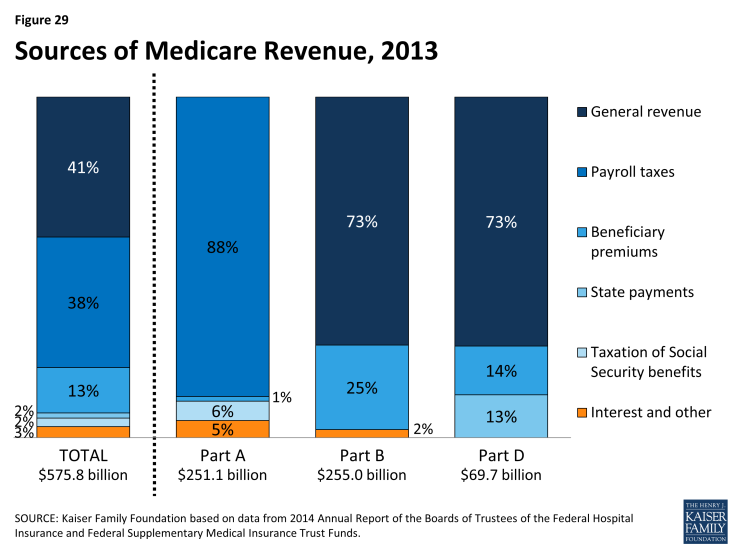 The solvency of the Medicare Hospital Insurance trust fund, out of which Part A benefits are paid, is a common way of measuring Medicare’s financial status. In 2014, the Medicare Trustees projected that the Part A trust fund will be depleted in 2030. 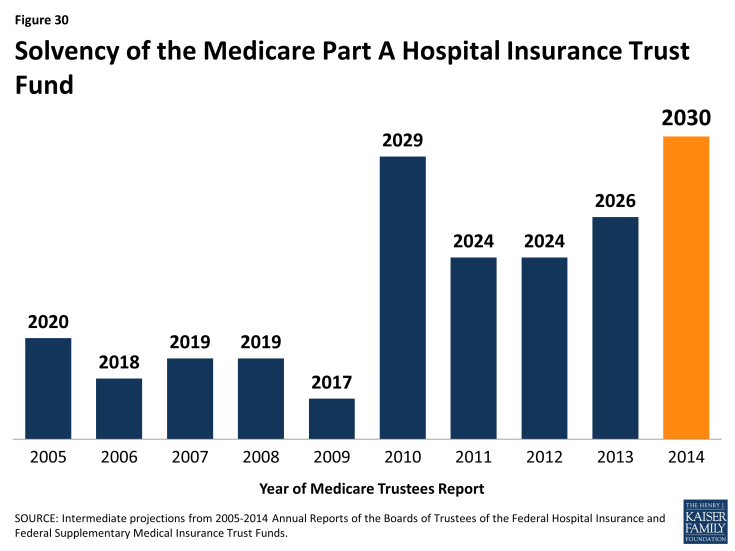 Part A Trust Fund solvency is affected by growth in the economy, which affects revenue from payroll tax contributions, health care spending trends, and demographic trends: an increasing number of beneficiaries, especially between 2010 and 2030 when the baby boom generation reaches Medicare eligibility age, and a declining ratio of workers per beneficiary making payroll tax contributions.

In addition to the solvency of the Part A trust fund, Medicare’s financial condition can be measured in other ways.

For example, the Independent Payment Advisory Board (IPAB), a 15-member board which was authorized by the ACA, is required to recommend Medicare spending reductions to Congress if projected spending growth exceeds specified target levels. IPAB is required to propose spending reductions if the 5-year average growth rate in Medicare per capita spending is projected to exceed the per capita target growth rate, based on inflation (2015-2019) or growth in the economy (2020 and beyond). The ACA required the IPAB process to begin in 2013, but CBO has estimated that spending reductions will not be triggered for several years because Medicare spending growth is expected to be below the target growth rate during the next decade. As yet, no members of the board have been nominated or appointed.

Looking to the future, Medicare is expected to face financing challenges due to the aging of the U.S. population, increasing health care costs, and the declining ratio of workers to beneficiaries.

While Medicare spending is on a slower upward trajectory now than in the past, Medicare is likely to be a focus of future policy discussions about reducing the federal budget debt, given the health care financing challenges posed by the aging of the population. From 2014 to 2050, the number of people on Medicare is projected to rise from 54 million to 93 million, while the ratio of workers per beneficiary is expected to decline from 3.2 to 2.3 (Figure 31).1 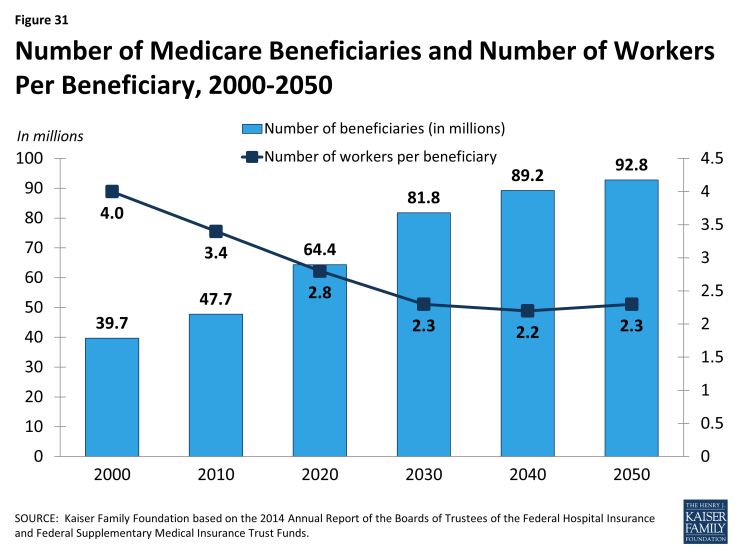 Figure 31: Number of Medicare Beneficiaries and Number of Workers Per Beneficiary, 2000-2050

How much does Medicare spend, and how does current spending compare to past trends and the future outlook? Appendices