PPOs are the most common plan type, covering 47% of covered workers, followed by HDHP/SOs, HMOs, POS plans, and conventional plans. The drop in the share of covered workers in PPOs in 2019 was not statistically significant. 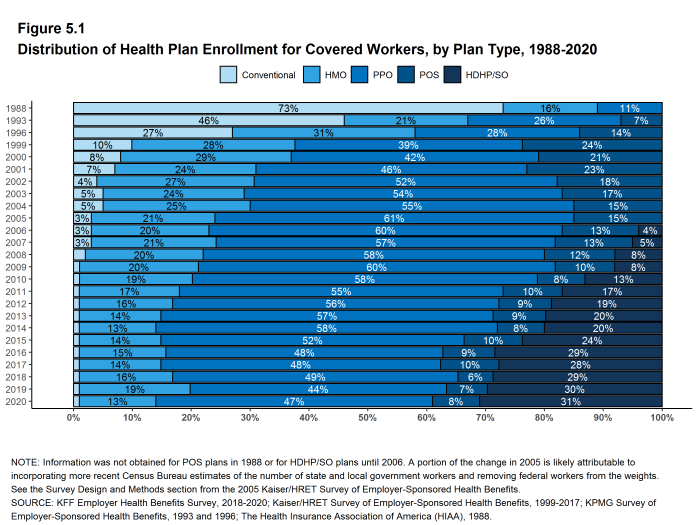 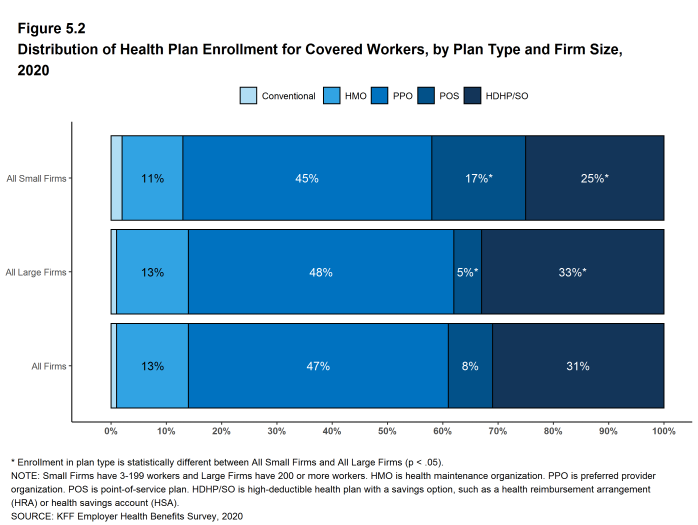 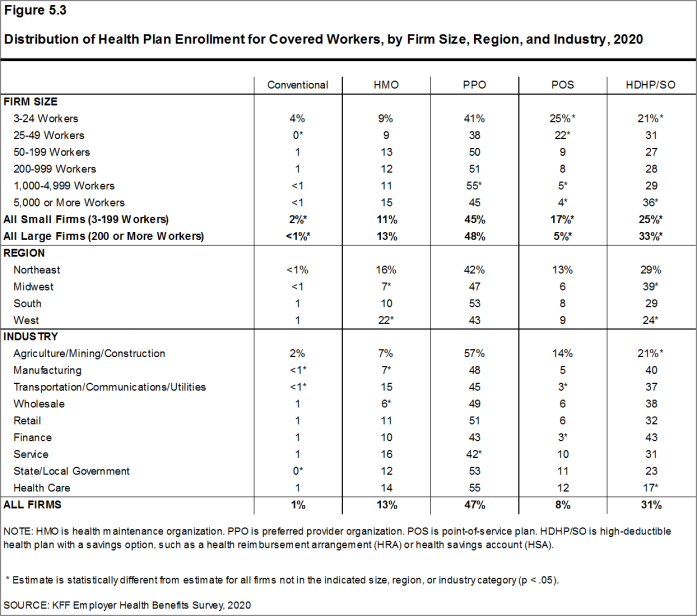