Section 1: The Big Picture: Who Was Affected by Harvey and How?

Hurricane Harvey left a trail of physical destruction along the Texas Gulf Coast, and the survey finds that a large share of area residents felt the effects in their own lives. Overall, two-thirds of adults in the 24 Texas Gulf Coast counties surveyed say they were adversely affected by the hurricane, either because their home or vehicle was damaged or because they or a family member in their household experienced the loss of a job, decreased wages, or other lost income.

More specifically, more than four in ten residents (43 percent) report that their home was damaged, including one in five who say their home had major damage (16 percent) or was completely destroyed (3 percent). About one in five (21 percent) also say they owned a vehicle that was damaged or destroyed by Harvey. Nearly half (46 percent) say they or someone in their household experienced employment-related effects of the hurricane, including losing a job or being laid off (12 percent), having hours cut back at work (32 percent), or some other loss of income such as from a small business or unpaid missed days of work (32 percent). 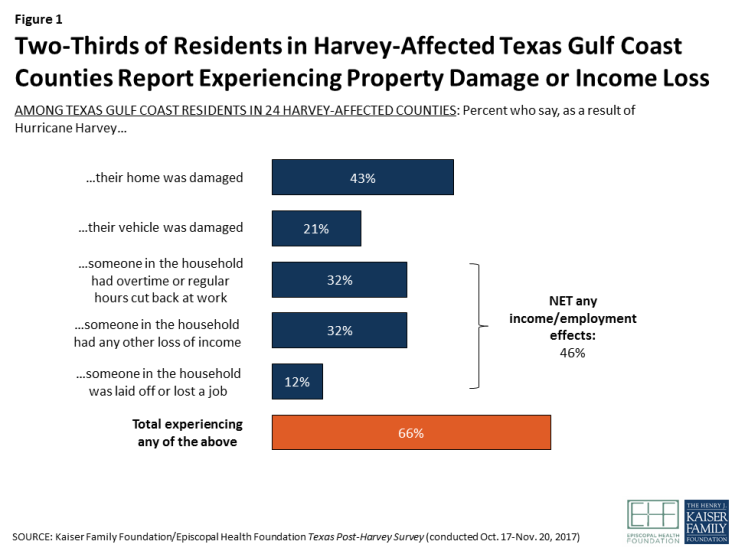 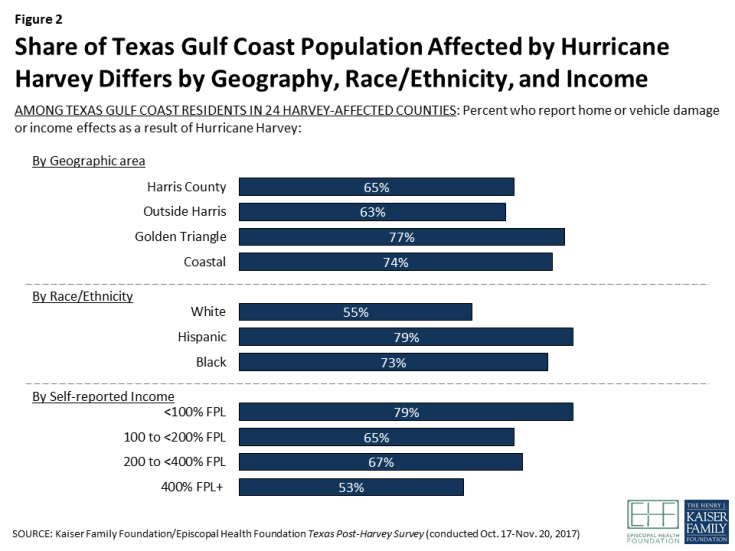 Since race and income are correlated, it can be difficult to determine whether the disparities in storm-related effects are driven more by one factor or the other. Our analysis indicates that both race/ethnicity and income play a role, but that some racial and ethnic differences persist regardless of income. For example, Hispanic residents at both higher and lower income levels are more likely than their white counterparts to say someone in their household experienced employment-related disruptions as a result of the storm – specifically having hours cut back at work. Nearly six in ten (58 percent) Hispanics who report incomes below 200 percent of the federal poverty level (FPL) say this happened, compared with three in ten lower-income Blacks (31 percent) and two in ten lower-income whites (19 percent). And for those with self-reported incomes above 200 percent of poverty, Hispanics are almost twice as likely as whites to say a family member had their hours cut back (37 percent versus 20 percent).1

Effects on Physical and Mental Health 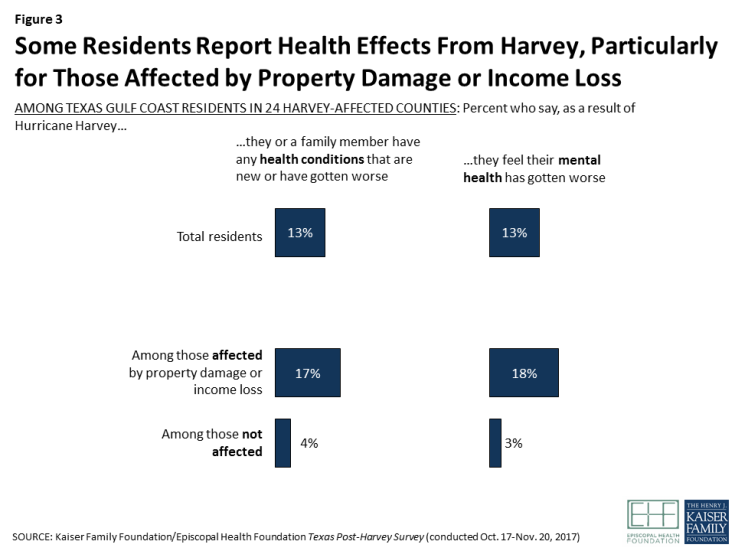 Figure 3: Some Residents Report Health Effects From Harvey, Particularly for Those Affected by Property Damage or Income Loss

Introduction Section 2: Are Affected Residents Getting the Help They Need?