The most visible and catastrophic harm wrought by Hurricane Harvey was the damage – sometimes irreparable – to residents’ homes and living spaces. As noted in Section 1, more than four in ten residents (43 percent) of the 24 counties surveyed say their home was damaged as a result of the hurricane, including 3 percent who say it was completely destroyed, 16 percent who say it suffered major damage requiring more than a month to repair, and 23 percent who say there was minor damage that could be repaired within a month. The numbers are starkest in the Golden Triangle, where 62 percent reported damage, including 35 percent who say their home either had major damage or was destroyed. Reported home damage was also common, but less severe, in the Coastal counties; 64 percent in that area say their home was damaged, with the major portion (40 percent) saying the damage was minor and could be repaired within a month. 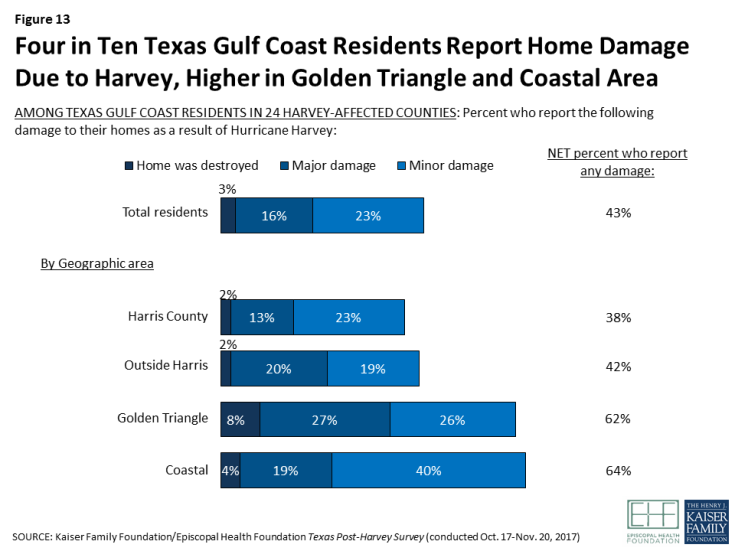 In addition to these geographic disparities, Black residents and those with lower incomes were also somewhat more likely than their white and higher-income counterparts to report damage to their homes. 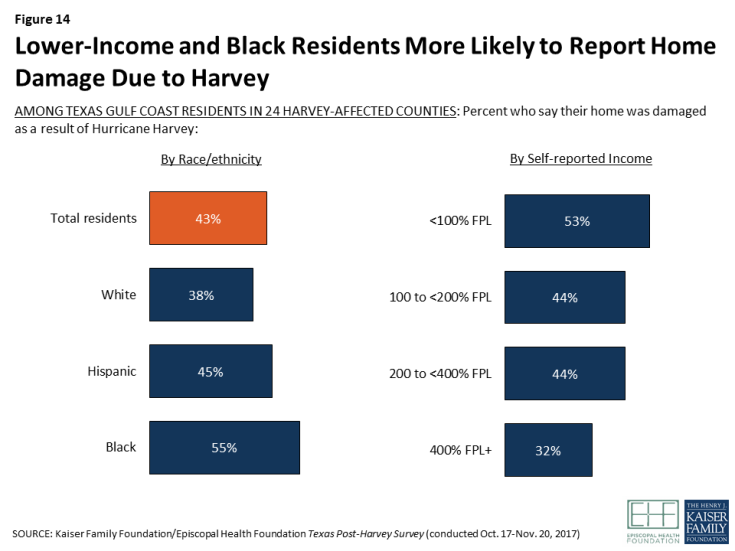 More than half (55 percent) of those whose homes were damaged by Harvey are homeowners, but 42 percent (including 60 percent of those with self-reported incomes below the federal poverty level) are renters. Renters are more likely than owners to report that the damage to their home was minor (62 percent versus 48 percent), while owners whose homes were damaged are more likely to say the damage was major or that their home was destroyed (50 percent versus 37 percent). 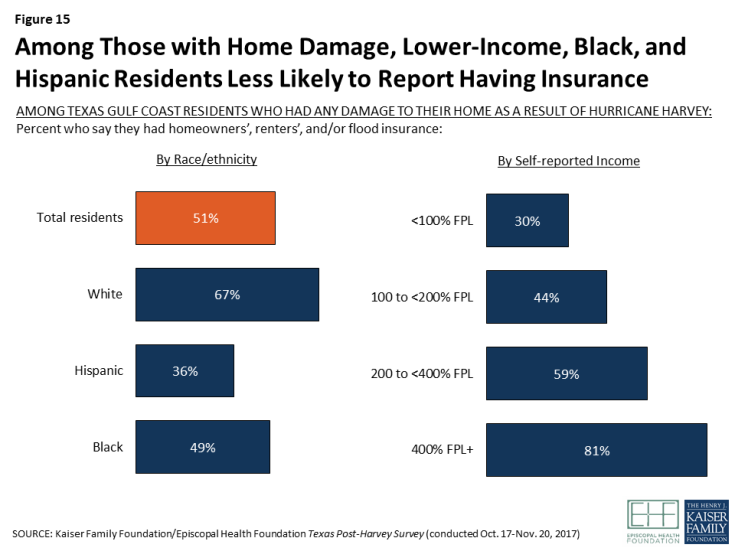 Figure 15: Among Those with Home Damage, Lower-Income, Black, and Hispanic Residents Less Likely to Report Having Insurance

Among focus group participants, many homeowners did not have flood insurance and either say they were told they didn’t need it or that they just didn’t think it was worth the cost. Even among those who have purchased flood insurance, many seemed to lack the knowledge and skills (literacy) to navigate the insurance system.

“I’ve been paying for this insurance all this time and I think I got one thing, but I just never went to just actually get a full low-down on what it was. I come to find out…I got this insurance, but the water would have to come through the window.” – 64-year-old Black male, Beaumont

Overall, 37 percent of those living in the 24 Texas counties surveyed, rising to 54 percent in the Golden Triangle area and 68 percent in the Coastal counties, say they evacuated or left their home for some amount of time as a result of Hurricane Harvey. About one in nine residents overall (11 percent), including 24 percent in the Golden Triangle area, were still displaced from their homes at the time of the survey. Among those who have not returned to their pre-Harvey home, half say their housing costs have increased, including 28 percent who say they’ve increased a lot. 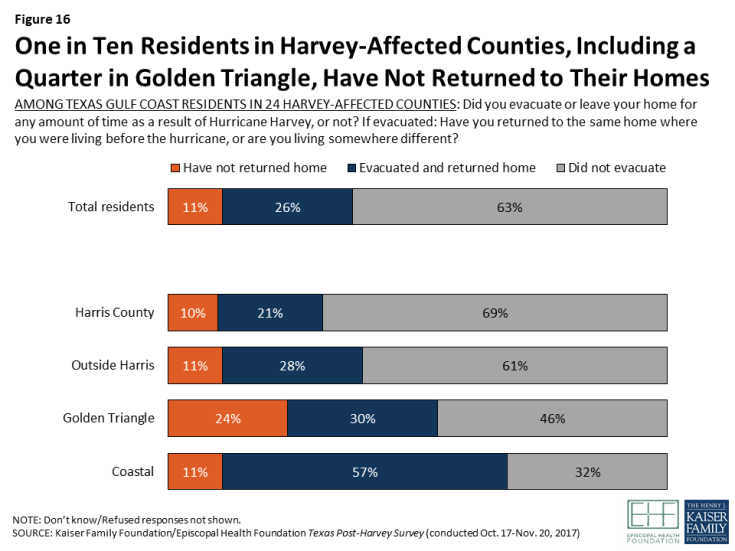 Figure 16: One in Ten Residents in Harvey-Affected Counties, Including a Quarter in Golden Triangle, Have Not Returned to Their Homes

Most residents who evacuated temporarily say they feel safe after returning to their homes, however some report that they are living in unsafe conditions. Among those who evacuated and have returned to their homes, 32 percent say they moved back in before they felt it was safe, including 13 percent (rising to 24 percent in the Golden Triangle area) who still felt their home was unsafe at the time of the survey.

Most focus group participants who have returned to their homes said they felt safe because they’re more comfortable at home than anywhere else (those who were staying with relatives pointed out how stressful that can be). Still, many reported living in unsafe conditions: one woman with a hole in her roof has to take out buckets each time it rains, another sleeping on the couch in her living room can’t cook in her kitchen because of debris falling from the ceiling. While most renters said their landlords were treating them well overall, a few had complaints about landlords not fixing things and sometimes leaving them living in dangerous situations. Many were also afraid to push back on their landlords for fear that they would have to move out and would have nowhere else to go.

“We’ve got this, like a lot of people, just this open roof, where water…I have two buckets where the water is draining in. And I’ve had quotes come in to fix the roof, and it’s too much. We don’t have thousands of dollars sitting in the bank. I’m living there, but every time it rains I’m like, ‘Okay, get the buckets out.’ I’ve got plastic draped over it. And I’m going through a lot of health issues…I’m not working too well right now. I’m home watching this water drain in, and I’m like, ‘What else is gonna come in through the roof?’ I mean I had a rat come in the house once. I’m scared to death. It’s just an awful way of living.” – 55-year-old white female, Houston

“My landlords, they know I have 3 babies – 8 months, 2 years, and 4 years. I have a sewer problem. I have sewer water that’s underneath about half of my house. When the hurricane hit, I had water raise up, probably about the full 3 feet under the house. And my floors are like bowing now. They’ve been taking my rent money, promising me to come fix stuff. And they just haven’t come… I’m a single mom of three, and I just don’t have – it’s what about $150 to go to court? I know the options I can take…going, taking them to small claims court. In the end, we’d have to move. My closest family is in Austin. I don’t have anybody down here. I don’t wanna be like the other people at the homeless shelter with my babies. Housing’s limited right now.” – 29-year-old white female, Beaumont

“I’m still scrubbing and it’s moldy and it stinks. I tell [my landlords] and they say, ‘You know we have other people, I’ll get to you.’ They do the best they can here and there. – 53-year-old Black female, Houston

“It’s hard staying with relatives though. It’s fine to visit relatives, but when you actually have to stay, it’s not the same.” – 47-year-old Black female, Houston

Beyond damage to their homes, many residents report having damage to a vehicle as a result of the hurricane. Overall, 21 percent of residents say they had a vehicle such as a car or truck that was damaged by Harvey, including somewhat larger shares of those living in the Golden Triangle and Harris County compared with other areas, and a larger share of Black residents compared with whites. 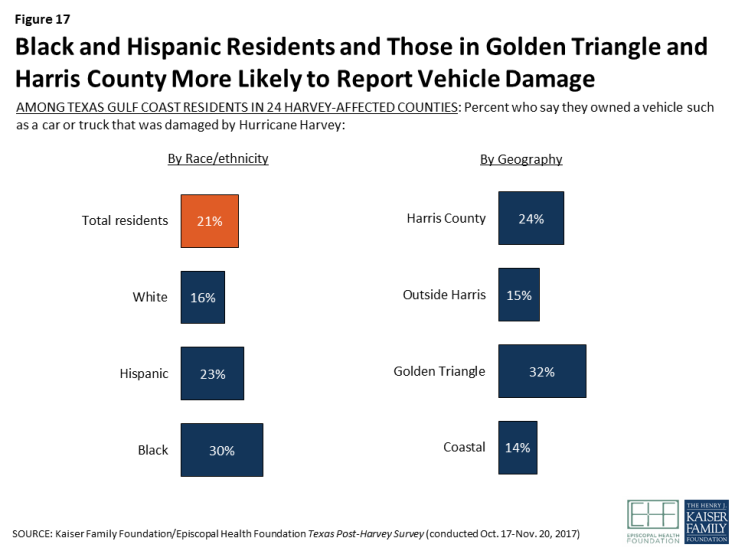 Figure 17: Black and Hispanic Residents and Those in Golden Triangle and Harris County More Likely to Report Vehicle Damage 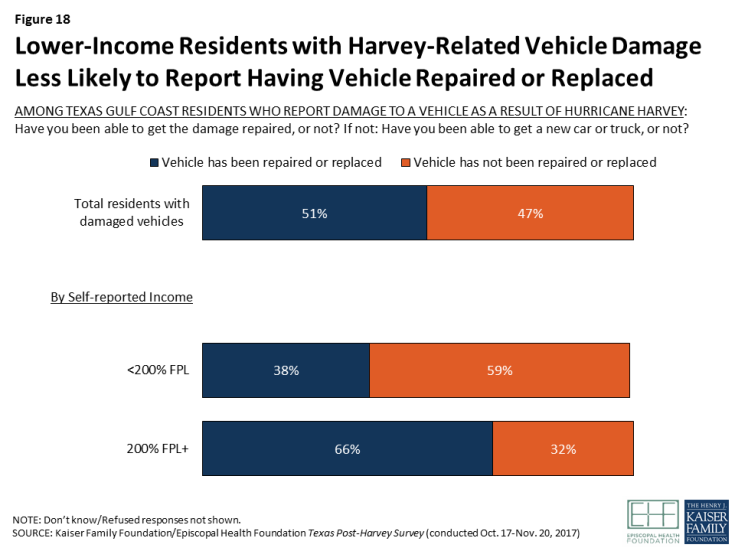 Section 3: What Do Residents See as the Biggest Priorities for Recovery, and How Do They Rate the Local, State, and Federal Response? Section 5: More Details on Employment and Financial Issues