Patterns of Coverage Among Adults in Texas

Health insurance coverage is dynamic, and every year thousands of Texans gain, lose, or change it. However, for most uninsured adults in Texas, lack of coverage is a long-term issue that spans many years. In addition, many insured Texans face unstable coverage that puts them at risk for becoming uninsured.

For most uninsured adults in Texas, lack of coverage is a long-term issue. 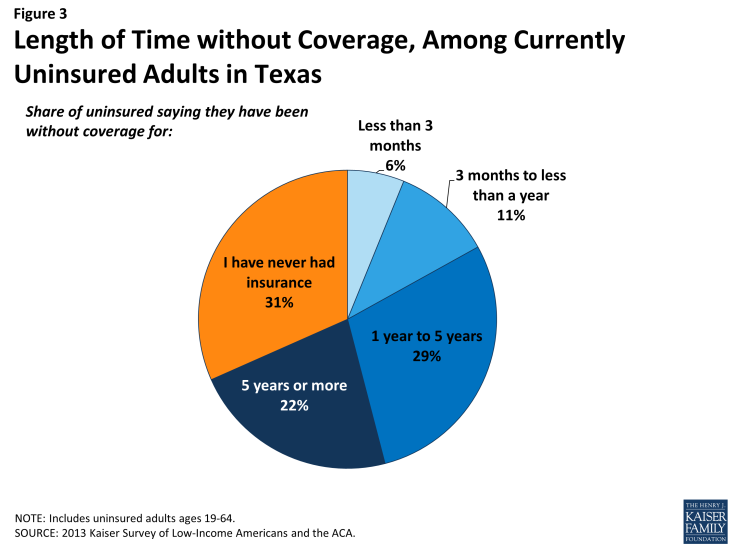 Figure 3: Length of Time without Coverage, Among Currently Uninsured Adults in Texas

The data on length of time uninsured indicate that many uninsured adults in the state are likely to remain uninsured for extended periods without a substantial change in the availability of coverage. While some may move into coverage after a brief period of uninsurance, most are likely to remain uninsured. In addition, the uninsured in Texas have varying levels of experience with the insurance system. While some previously had coverage, a substantial share has been outside the insurance system for quite some time. The long-term uninsured may require targeted outreach and education efforts to link them to the health care system and help them navigate health insurance should they gain coverage.

Many Texans will experience spells of uninsurance throughout the year, and coverage among those with insurance may not be stable.

For most insured adults in Texas, coverage is continuous throughout the year and over time. However, when accounting for both insured people with a gap in their coverage and uninsured people who had only recently lost coverage, the survey indicates that sizeable shares of adults in Texas lose or gain coverage over the course of a year. Among Texan adults who were insured at the time of the survey, 8% reported being uninsured at some point in the past year (see Table 1), and those who had a gap in coverage were uninsured for close to half a year (5.7 months) on average (data not shown).

Even for those who have coverage throughout the entire year, coverage may not be stable. Among adults with insurance coverage, 11% had coverage for the entire year but reported that they had a change in their coverage (Table 1). Coverage changes may be due to a number of different factors including changes in employment, changes in eligibility for public programs, or simply a change in plan or insurance carrier. The most common reasons for a change in coverage appear to be related to changes in employment or changes in plans during open enrollment, as most Texans with a coverage change reported changing from an employer plan to another employer plan.

In addition, a small number of insured adults in Texas (5%) reported challenges in either renewing or keeping their coverage, another indication of instability in coverage throughout the year (data not shown). In regards to Medicaid, eligibility is closely tied to income, and adults’ income may fluctuate throughout the year; adults must report changes in income that may affect their eligibility throughout the year, and poor and moderate-income people are very likely to have part-time or seasonal work that leads to income fluctuations over the course of a year. In addition, adults must renew their Medicaid coverage either in person, by phone, or online annually.

The survey findings on changes in insurance coverage during the year have implications for ongoing ACA implementation in the state. Though open enrollment is over, people may still enroll in Marketplace coverage during “special enrollment periods,” such as loss of job-based coverage, marriage, birth of a child, or another change in family circumstance.1 Further, while Medicaid eligibility is limited, as adults’ income fluctuates, they may gain Medicaid eligibility, and people who are eligible can gain coverage at any point during the year. Survey findings demonstrate that people frequently move around within the insurance system throughout the year, and many are likely to find themselves in a situation where they could gain ACA coverage. Conversely, people may lose coverage—either due to loss of a job or changes income that lead to loss of Medicaid— and find that they fall into the coverage gap.