Access to Health Care Services Among Uninsured Adults in Texas

A large segment of the uninsured in Texas has little or no connection to the health care system. 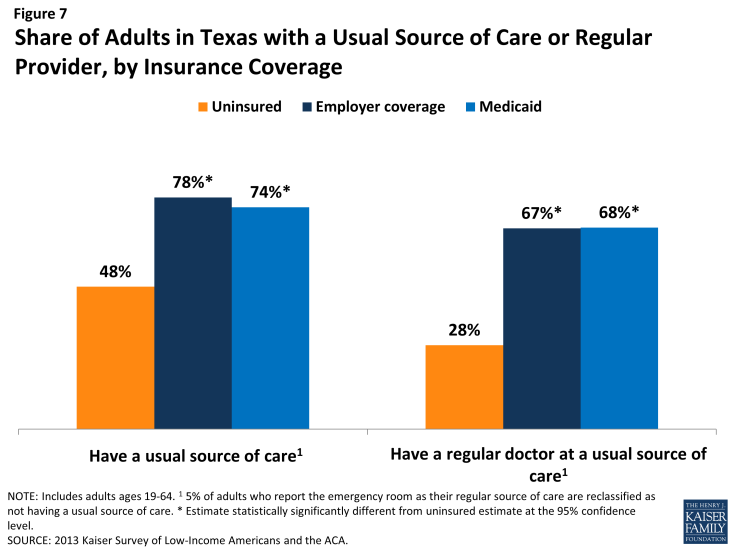 Figure 7: Share of Adults in Texas with a Usual Source of Care or Regular Provider, by Insurance Coverage 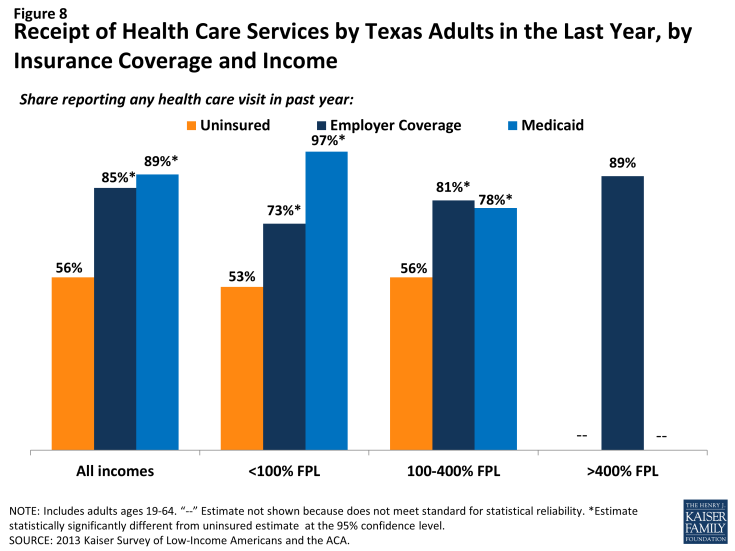 Figure 8: Receipt of Health Care Services by Texas Adults in the Last Year, by Insurance Coverage and Income

The survey findings reinforce conclusions based on prior research: having health insurance affects the way that people interact with the health care system, and people without insurance have poorer access to services than those with coverage.1,2,3 The remaining uninsured in Texas are likely to continue to face many of the barriers to health care that they had encountered previously, including a lack of usual sources of care, and a lack of preventative care.

Many uninsured Texans have health needs, many of which are unmet or are being met with difficulty.

Texans who lack health insurance still have health care needs. About three in ten (33%) uninsured adults reported an ongoing health condition, compared to 74% with Medicaid (Figure 9). Medicaid beneficiaries are most likely to report having an ongoing health condition of all coverage groups, which reflects Medicaid’s role in caring for people with substantial health needs, such as individuals with disabilities or people who become impoverished due to high health care expenses. These findings hold across income groups (Table 4). 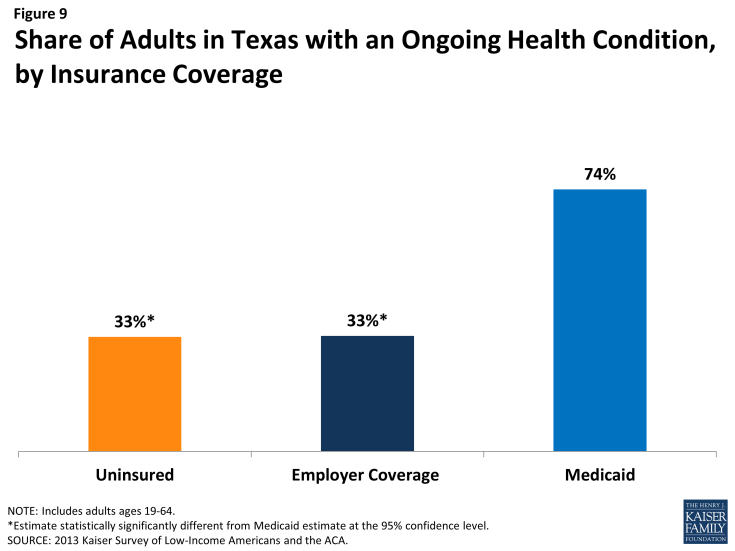 Figure 9: Share of Adults in Texas with an Ongoing Health Condition, by Insurance Coverage 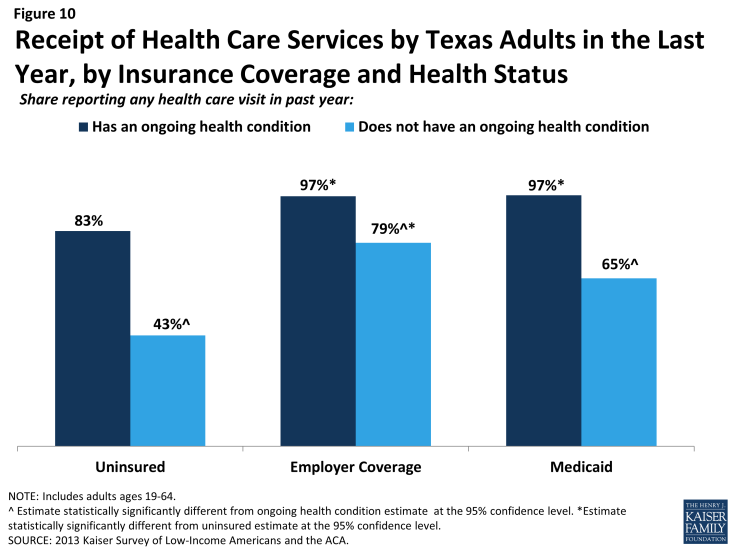 Figure 10: Receipt of Health Care Services by Texas Adults in the Last Year, by Insurance Coverage and Health Status

When uninsured Texans do receive care, they sometimes receive free or reduced-cost care, though the majority does not. Among adults in Texas who reported that they received a health care service in the past year, 24% of uninsured adults in Texas reported receiving free or reduced cost care, versus just 3% of those with employer coverage (Figure 11). Notably, 49% of adults with Medicaid who received services reported that they received free or reduced cost care. They may have done so during a period of uninsurance in the previous year or may associate the fact that they pay little or no costs when they see a provider as receiving “free or reduced cost” care. Uninsured adults in Texas who received care were much more likely than their insured counterparts to be asked to pay up front for care: one-third (33%) reported being asked to pay for the full cost of medical care (not counting copayments) before they could see the doctor or provider, compared to just 18% of those with employer coverage.  Adults with employer coverage may have experienced these issues during a period in the past year when they lacked coverage or when using a service not covered by their insurance. 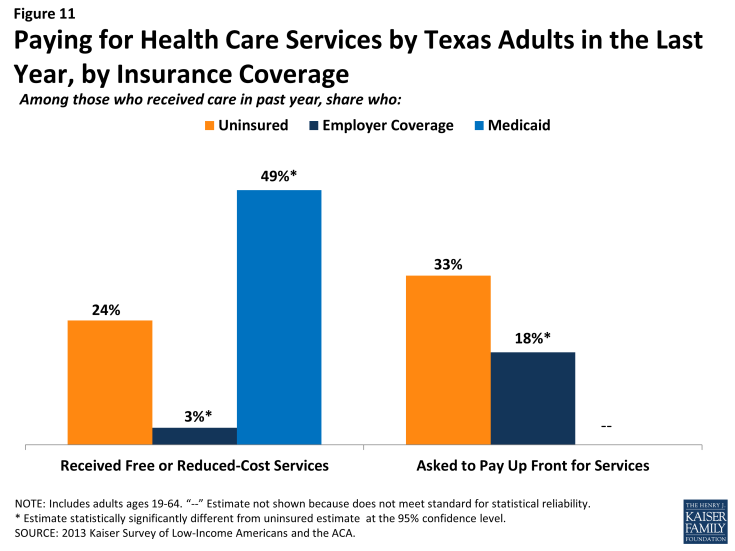 Figure 11: Paying for Health Care Services by Texas Adults in the Last Year, by Insurance Coverage 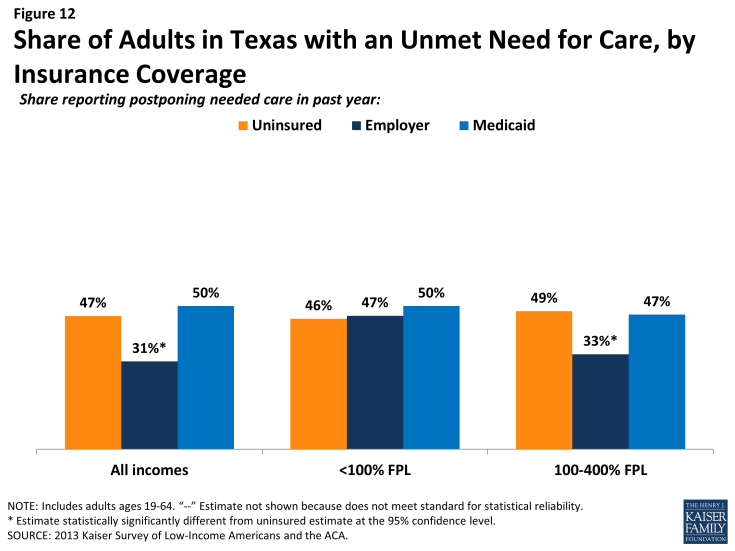 Figure 12: Share of Adults in Texas with an Unmet Need for Care, by Insurance Coverage 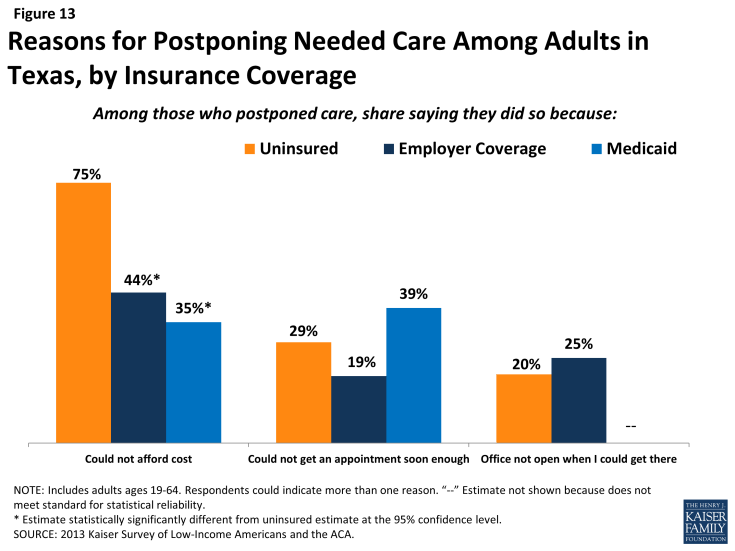 Figure 13: Reasons for Postponing Needed Care Among Adults in Texas, by Insurance Coverage

As resources and attention shift to the newly-insured population, individuals left out of coverage expansions (such as poor adults) will continue to have health needs. The ACA included funds to expand service capacity in medically underserved areas, including expansion of community health centers, nurse-managed health centers, and school-based clinics. To meet the health care needs of both insured and uninsured individuals, these systems will be challenged to develop flexible treatment times and new models of care to accommodate people’s availability and to expand capacity in areas where low-income individuals reside or seek care.

Many uninsured Texans reported limited options for receiving health care when they need it. 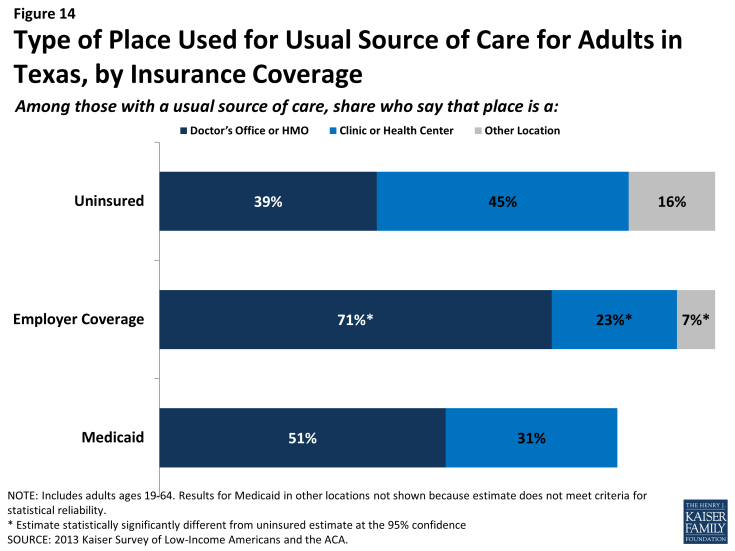 Figure 14: Type of Place Used for Usual Source of Care for Adults in Texas, by Insurance Coverage 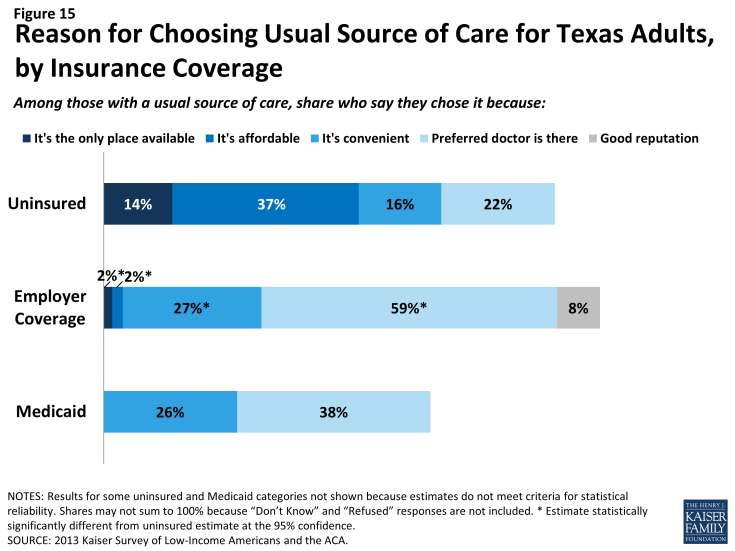