Characteristics of Uninsured Adults in Texas

Most uninsured adults are in low-income working families. 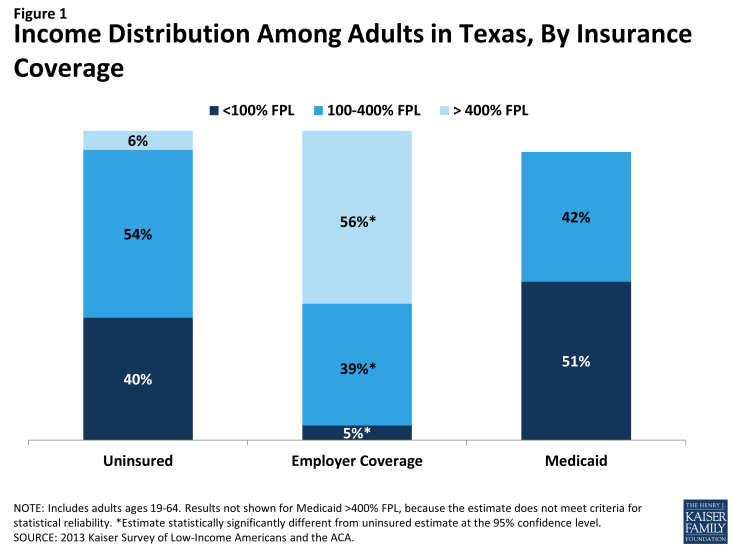 Figure 1: Income Distribution Among Adults in Texas, By Insurance Coverage

About half of uninsured adults in Texas have family incomes between 100 and 400% of poverty (Figure 1), the income range for premium tax credits for Marketplace coverage. Some of these people may be not be able to obtain tax credits due to their immigration status or because they have an offer coverage from an employer. However, most are potentially eligible for financial assistance in purchasing coverage. 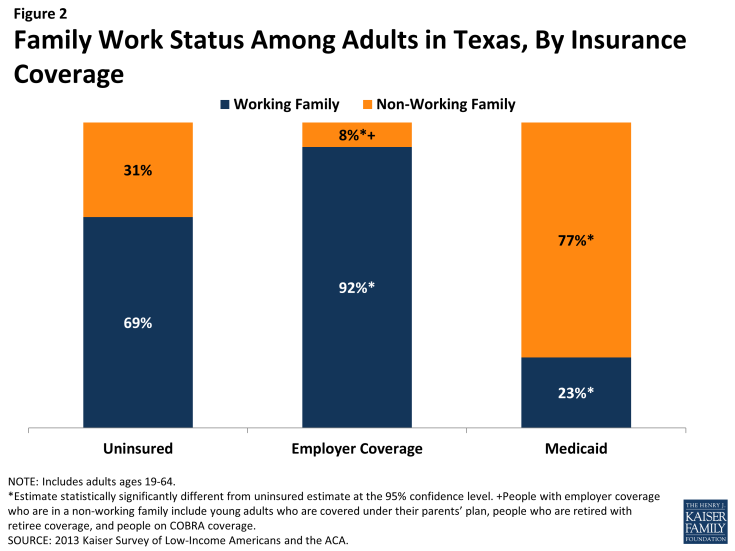 The data on the income and work status of uninsured Texas adults indicates that the challenge of extending coverage may be linked more to affordability and access than to lack of jobs. Though most uninsured adults or their spouses work, most still live on very limited means and are unlikely to be able to afford coverage on their own.

Understanding the demographic characteristics of the remaining uninsured population in Texas can inform efforts to reach, educate, and enroll individuals into health coverage under the ACA and to continue to serve the uninsured in the state. Information on how to navigate the health care system can be tailored to specific age groups or ethnic groups to reach them more effectively.  Conveying how the ACA does or does not tie into immigration may be important for outreach and communication with the immigrant community.

Introduction Patterns of Coverage Among Adults in Texas