Medicare is the federal health program that provides health coverage to 50 million Americans ages 65 and older and younger adults with permanent disabilities.  While Medicare plays an important role for nonelderly people with disabilities, Medicare is also a critical source of retirement security for 22.4 million women ages 65 and over, who tend to have lower incomes and more chronic conditions than older men.  More than half (56%) of all older Medicare beneficiaries are women; two of every three beneficiaries ages 85 and older are women.  As policymakers consider changes to Medicare to reduce the national deficit and control rising health costs, older women have much at stake in the outcome of discussions about the program’s future.

Older women on Medicare have significant health needs.  Women live longer than men, on average, and a greater share of older women than older men face health and functional problems.  Older women experience some multiple chronic conditions (such as arthritis, osteoporosis, and hypertension) at higher rates than older men, and this gender gap persists as they age.  (Exhibit 1). 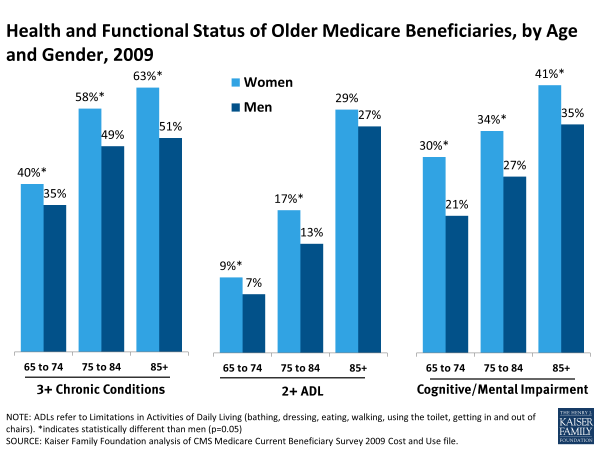 Exhibit 1: Health and Functional Status of Older Medicare Beneficiaries, by Age and Gender, 2009

In addition, older women have higher rates than older men of functional impairments, such as limitations in activities of daily living, and cognitive impairments, such as memory loss and dementia, that can hinder their ability to live independently. Many older women also lack the social supports needed to live independently.  They are considerably more likely than their male counterparts to be widowed (44% versus 14%) and live alone (38% versus 19%).  As women age and their health needs grow, these social challenges translate into greater use of long-term care services and supports.  Older women represent seven in 10 (72%) of all Medicare beneficiaries living in nursing homes, assisted living facilities, and other long-term care facilities.  Yet Medicare only offers time-limited coverage for long-term care services provided in facilities or in the community. This coverage limitation exposes many women to high out-of-pocket spending when they can no longer live independently and need care for extended periods of time.

Older women receive lower average Social Security and pension benefits than men, primarily because they had lower-paying jobs than men during their working years and because many worked part-time or left the workforce for periods of time to raise families or care for aging family members.  Among Medicare beneficiaries ages 65 and older, women have lower median per capita income than men ($21,853 compared to $27,480 in 2012), as well as lower median combined value of financial assets and retirement savings ($65,802 versus $93,371 in 2012) (Urban/KFF analysis).   (Exhibit 2). 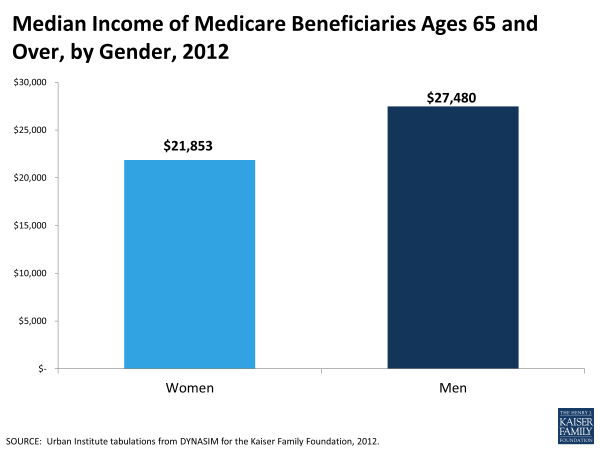 Exhibit 2: Median Income of Medicare Beneficiaries Ages 65 and Over, by Gender, 2012

Despite providing important benefits, Medicare has gaps in coverage and does not cover hearing aids, eyeglasses, or dental care, nor does the program cover extended nursing home stays or personal care needs.  In addition, Medicare charges relatively high cost sharing, including deductibles of $1,184 per benefit period for Part A inpatient care, $147 for Part B medical services, and $325 for Part D drug benefits.  In addition, many Medicare benefits, including physician visits and prescription drugs, are subject to copayment or coinsurance.   Medicare Parts A and B also have no limit on out-of-pocket spending. 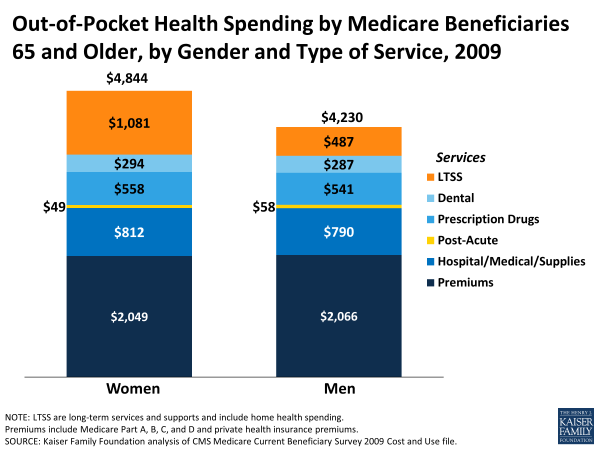 Exhibit 3: Out-of-Pocket Health Spending by Medicare Beneficiaries 65 and Older, by Gender and Type of Service, 2009

These gaps in benefits and cost-sharing requirements, together with spending for premiums for Medicare and supplemental coverage (described further below), can translate into high out-of-pocket expenses for people on Medicare.  On average, older women spent more on health care (including premiums) than older men in 2009 ($4,844 versus $4,230), a greater financial burden given their lower incomes.  Notably, older women spent more than twice as much on average for long-term services and supports (LTSS). (Exhibit 3) For all older Medicare beneficiaries, out-of-pocket spending escalates as they age, but women ages 85 and older have considerably higher out of pocket costs than older men, largely due to their higher health and social needs and greater use of long-term care services.  Often the need for these services comes at the time when women have fewer resources.   Among women ages 85 and over, out-of-pocket spending amounts and the share with low incomes are higher than for younger women and men of all ages on Medicare (Exhibit 4). 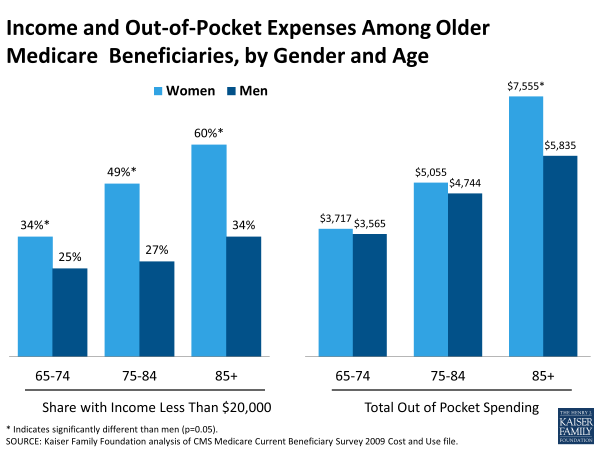 Exhibit 4: Income and Out-of-Pocket Expenses Among Older Medicare Beneficiaries, by Gender and Age

To help cover Medicare’s benefit gaps and cost sharing, the majority of people on Medicare have some form of supplemental health insurance, either as a benefit from their employers, coverage that they purchase separately, or through Medicaid because they are poor.

Employer-Sponsored Insurance supplements Medicare for many retirees and spouses, and also covers some working seniors for whom the employer plan (rather than Medicare) is their primary source of insurance because they or their spouse are still working.  A smaller share of older women than older men on Medicare have employer-sponsored coverage (36% versus 42%, respectively), largely due to the nature of women’s workforce participation prior to their retirement when they were more likely to work part-time or part year and therefore less likely to qualify for retirement benefits.

Medicaid is the federal-state health program for the poor and a critical source of supplemental coverage for 18 percent of older women on Medicare.  In total, 9 million elderly or disabled Medicare beneficiaries with low incomes and limited resources also qualify for Medicaid; these beneficiaries are often referred to as “dually eligible.”  In 2009, women comprised more than two-thirds (68%) of dually eligible Medicare and Medicaid enrollees ages 65 and older.

One quarter of women ages 85 and over and about four in 10 Black and Latina women on Medicare are also enrolled in Medicaid, largely due to their lower average incomes (Exhibit 5).  In addition to being poorer, dually eligible beneficiaries tend to have worse health status and face more intensive health care needs than the general Medicare population. More than six in 10 (62%) of all older women in nursing facilities are dually eligible for both Medicare and Medicaid. 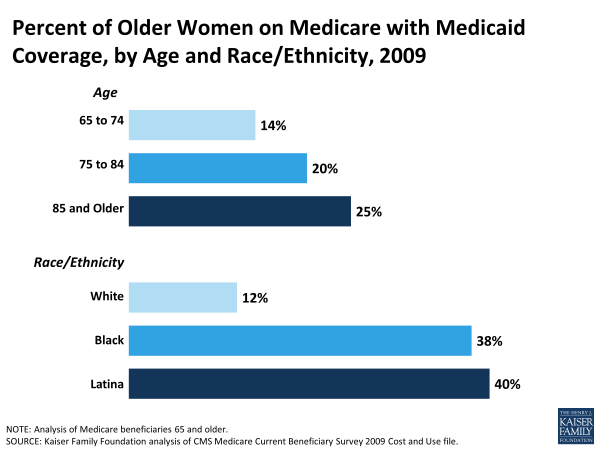 Exhibit 5: Percent of Older Women on Medicare with Medicaid Coverage, by Age and Race/Ethnicity, 2009

Medicare plays a key role in health and retirement security for older women.  Despite the importance of this coverage, gaps in benefits and high cost sharing lead many Medicare beneficiaries, particularly older women, to spend a substantial amount on their health and long-term care needs.

The future of Medicare is a key element of ongoing deficit reduction discussions.  While some changes to Medicare under consideration could help to preserve Medicare for future generations of women, policy changes that would increase out-of-pocket medical spending could have a disproportionate impact on older women, many of whom have limited capacity to absorb additional costs given their high health needs and low incomes. The significant role that Medicare plays for elderly women underscores the importance of sustaining the program and the ongoing need to find ways to address the health needs and related financial challenges arising from health and long-term care expenses facing women as they age.