Section 1: Who Has Medical Bill Problems and What Are the Contributing Factors?

Overall, about a quarter (26 percent) of U.S. adults ages 18-64 say they or someone in their household had problems paying or an inability to pay medical bills in the past 12 months. Though certain groups are more likely than others to report such problems, the survey finds that people from all walks of life can and do experience difficulty paying medical bills.

Insurance status has a strong association with medical bill difficulties, with over half (53 percent) of the uninsured saying they had problems paying household medical bills in the past year. However, as previous surveys have shown, insurance is not a panacea against these problems. Roughly one in five of those with health insurance through an employer (19 percent), Medicaid (18 percent), or purchased on their own (22 percent) also report problems paying medical bills. In fact, overall among all people with household medical bill problems, more than six in ten (62 percent) say the person who incurred the bills was covered by health insurance, while a third (34 percent) say that person was uninsured. Among those with private insurance (either through an employer or self-purchased), their plan’s deductible makes a difference in ability to afford health care bills, with those in higher deductible plans more likely to report medical bill problems than those in plans with lower deductibles1 (26 percent versus 15 percent). 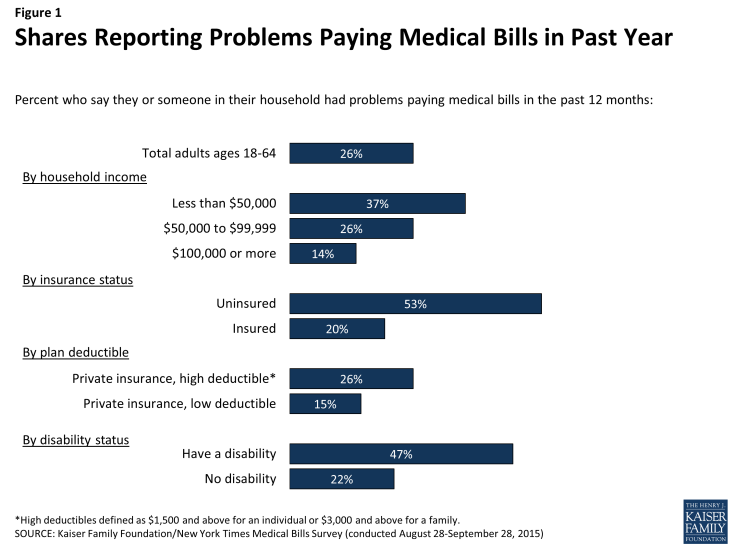 Beyond insurance, income, and health status, several other demographic differences emerge in the rates at which people report experiencing problems paying medical bills. Women are somewhat more likely than men to report having such problems (29 percent versus 23 percent), as are adults under age 30 compared with those ages 30-64 (31 percent versus 24 percent) and those with children in their household versus those without (29 percent versus 24 percent). Looking by region, residents of the South have the highest share reporting problems (32 percent), while those in the Northeast have the lowest (18 percent). Likely due to differences in income and insurance status, those without a college degree are more likely than college graduates to report medical bill problems, as are Blacks and Hispanics compared with whites. (See Appendix Table 1 for more detail).

To explore these relationships further, we used a statistical technique called logistic regression analysis to isolate which demographic characteristics are the strongest predictors of problems paying medical bills when holding other factors constant. In that analysis, income, insurance status, and all 3 measures of health status (being in fair or poor health and having a disability or chronic condition) had a significant and strong association with problems paying medical bills, even after accounting for the influence of the other demographic factors. Having a private insurance plan with a high deductible also remained a significant predictor, even after controlling for other factors, as did being under age 25 and having minor children at home. Gender, race, and ethnicity were not statistically significant predictors of problems paying medical bills when controlling for other factors, suggesting that the higher rates of reported problems among women, Blacks, and Hispanics have to do with underlying differences in income and insurance status between these groups and their counterparts.

Among those who report problems paying medical bills, two-thirds (66 percent) say the bills were the result of a one-time or short-term medical expense such as a hospital stay or an accident, while 33 percent cite bills for treatment of chronic conditions that have built up over time. These shares are similar for people who faced medical bill problems with and without insurance coverage. 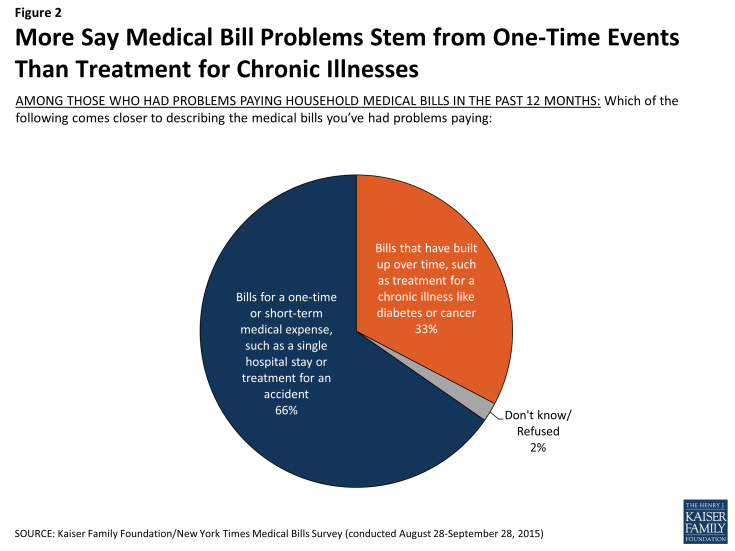 Most of those with medical bill problems say the bills are the result of their own or their spouse’s medical care. One-quarter (44 percent of those with children under age 18 in their household) say they had problems paying a child’s medical bills, and 10 percent cite another family member. Thirty-five percent say they’ve had problems paying bills for more than one family member. 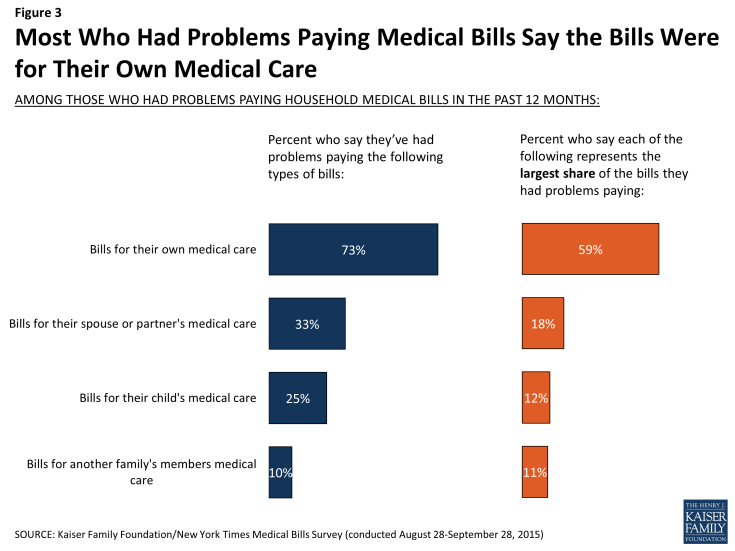 Figure 3: Most Who Had Problems Paying Medical Bills Say the Bills Were for Their Own Medical Care

Asked which types of bills made up the largest share of what they owed, the most common responses are emergency room visits (21 percent) and hospitalization (20 percent), followed by dental care (12 percent) and diagnostic tests like X-rays and MRIs (11 percent). In general, people who had problems paying medical bills with or without insurance report having similar types of bills, however the uninsured are more likely than the insured to say that emergency room bills were the largest source of their bill problems (35 percent versus 15 percent), while those with insurance are more likely than the uninsured to point to diagnostic tests like X-rays and MRIs (14 percent versus 6 percent). 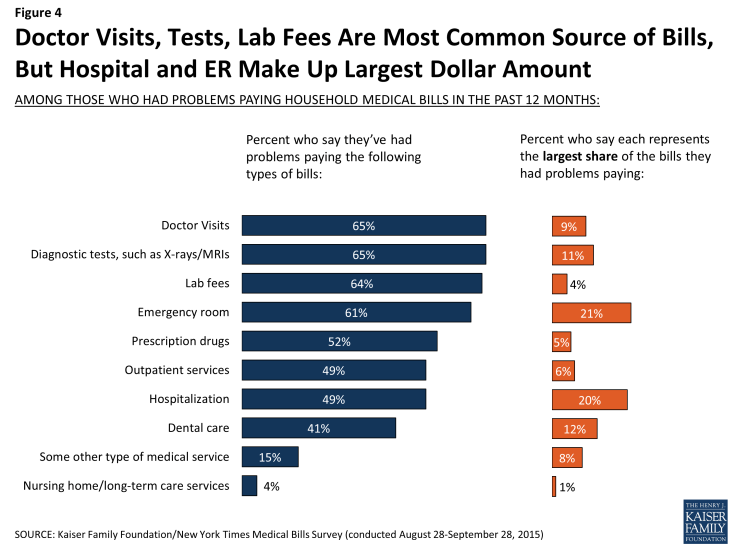 When asked to describe in their own words the illness or injury that led to their medical bill problems, people give a variety of responses. Overall, the largest share (36 percent) name a specific disease, symptom or condition like heart disease or gastrointestinal problems, followed by issues related to chronic pain or injuries (16 percent), accidents and broken bones (15 percent), surgery (10 percent), dental issues (10 percent), and infections like pneumonia and flu (9 percent). Five percent each cite mental health or substance abuse issues and pregnancy or childbirth as the cause of their bills.

Among who say their bill problems were the result of a one-time or short-term medical expense, just under one in five (18 percent) cite an accident as the main cause. Most of the others name illnesses, pain, dental issues, or surgery, suggesting that although most bill problems are caused by one-time events, these events are often acute episodes of illness or expensive surgeries, medications or tests, rather than injuries caused by accidents. Those who say their bills have built up over time are even more likely to cite specific diseases, the most common being cancer (14 percent), heart disease (11 percent), and diabetes (11 percent).

In their own words: Could you briefly describe the illness or injury that led to these medical bills?

The open-ended responses to this question show that medical bill problems can arise from single health events or chronic, ongoing conditions. Problems occur among people with and without insurance. They can affect one person or multiple family members at a time. Unexpected bills may arise when people don’t realize how many providers will bill separately for a single treatment event, or when insurance doesn’t pay for care people thought would be covered. Medical bill problems may be short term, or drag on for years.

Financial status of those with medical bill problems

About three in ten (31 percent) of those with medical bill problems say the total amount of the bills they had problems paying was $5,000 or more, including 13 percent who report bills adding to at least $10,000. Insurance appears to provide some protection from the highest bills, as the insured are less likely than the uninsured to report having bills of $10,000 or more (8 percent versus 21 percent). 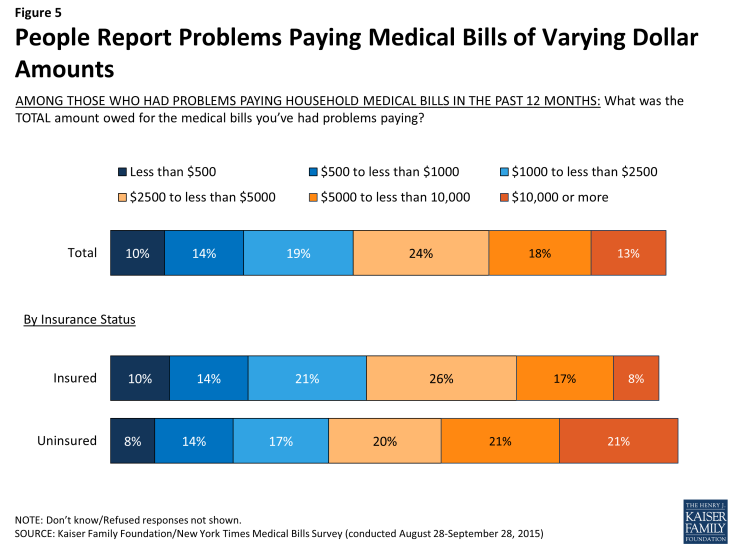 Many of those with medical bill problems report struggling with bills of lower amounts, including 24 percent of the insured and 22 percent of the uninsured who say their bills amounted to less than $1,000. While these lower amounts may seem small, even a bill of $500 or less can present a major problem for someone who is living paycheck to paycheck. In fact, when asked to describe their financial situation, about six in ten (61 percent) of those who’ve had problems paying medical bills say they either just meet their basic expenses (43 percent) or don’t have enough to meet basic expenses (18 percent). Among the comparison group who did not report problems paying medical bills, just a quarter (24 percent) report such a tenuous financial situation, while the majority say they either live comfortably or meet their basic expenses with a little left over for extras.

Given their differing demographic profiles, it’s not surprising that those with health insurance are less likely than those without insurance to say they struggle to meet basic expenses. However, even among the insured, those who have faced medical bill problems are significantly more likely than their counterparts who haven’t had such problems to say they are either just getting by or don’t have enough to make ends meet (55 percent versus 22 percent). 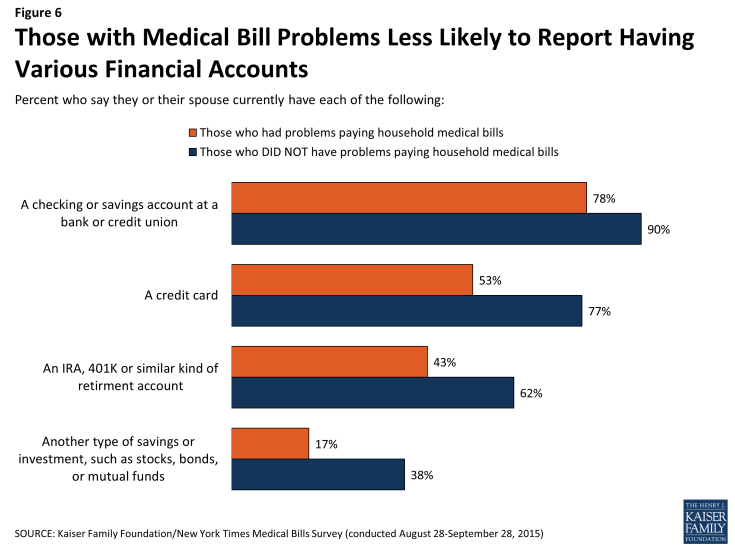 Income loss due to illness is another complicating factor for some of those who face medical bill difficulties. About three in ten (29 percent) say that someone in their household had to take a cut in pay or hours as a result of the illness that led to the medical bills, either because of the illness itself or in order to care for the person who was sick. Most of these (19 percent of the total who had problems paying medical bills) say their household income decreased a lot as a result. 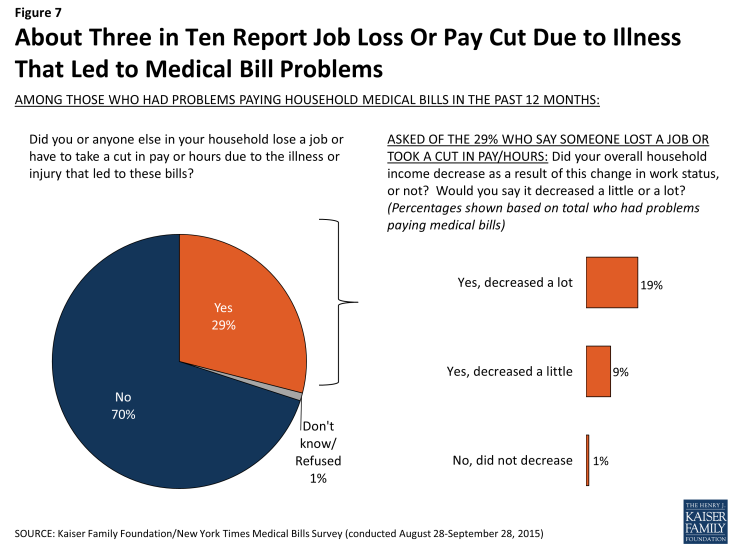 Figure 7: About Three in Ten Report Job Loss Or Pay Cut Due to Illness That Led to Medical Bill Problems