In today’s health care environment where information about the cost of health care services can be difficult to find, patients and families often need to be savvy consumers in terms of estimating the cost of care (or their share of the cost if insured), finding the best price, and working out a payment plan after services have been received. The survey finds that some of those who faced medical bill problems found health care providers willing to cooperate with them in setting up payment plans or reducing the amount they owed, while others attempted to engage in cost-conscious health care shopping behaviors and met with little success.

Broadly, the survey finds that a majority of people both with medical bill problems (61 percent) and without (63 percent) say doctors rarely, if ever, discuss the costs of recommended treatments and whether they would be covered by insurance. 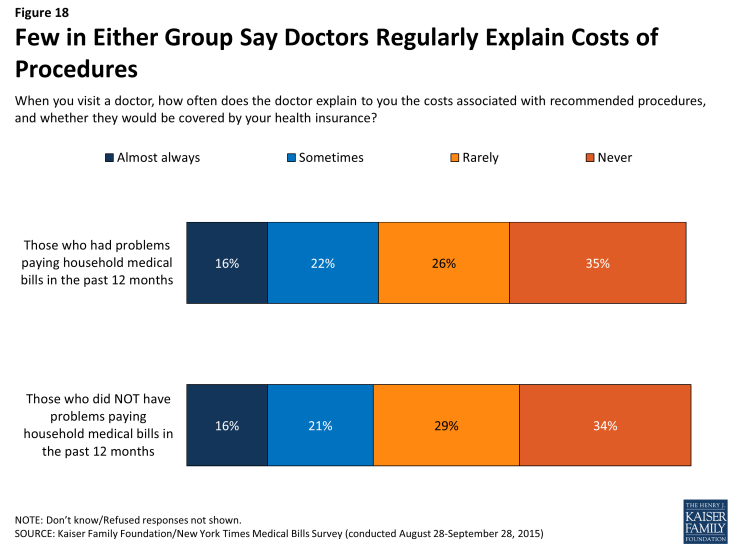 The survey does find, however, that those who’ve had difficulty paying medical bills are more likely than their peers to report taking extra measures to negotiate prices or shop around for health care.

Compared to those who have not experienced medical bill problems, those who have faced such problems are more likely to say that in the past 12 months, they have checked with a doctor’s office about the cost a visit beforehand (49 percent versus 34 percent), shopped around to find the best price for a medical service (34 percent versus 17 percent), or negotiated with a provider to get a lower price before receiving services (22 percent versus 6 percent). However, those with medical bill problems are also more likely than those without such problems to say they have been told by a provider they must pay in full up front before services are provided (36 percent versus 14 percent). 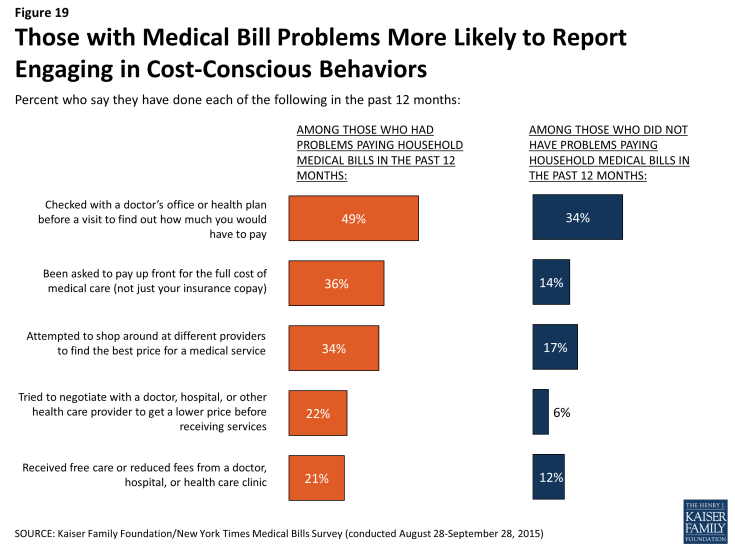 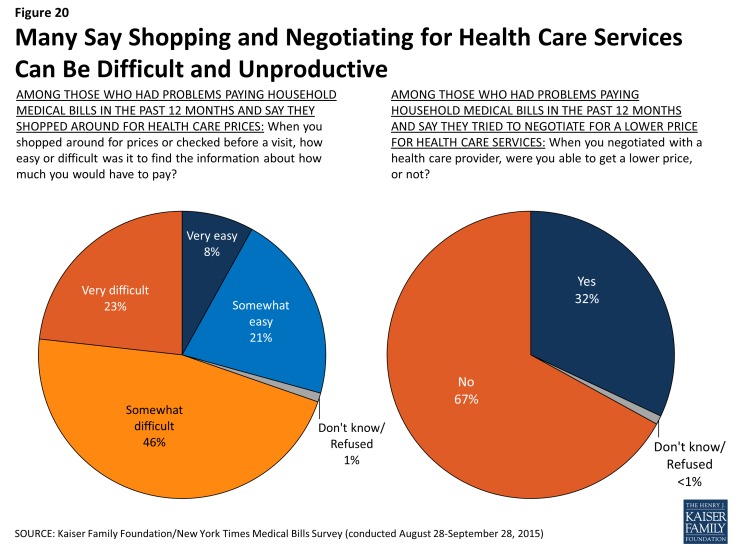 Figure 20: Many Say Shopping and Negotiating for Health Care Services Can Be Difficult and Unproductive 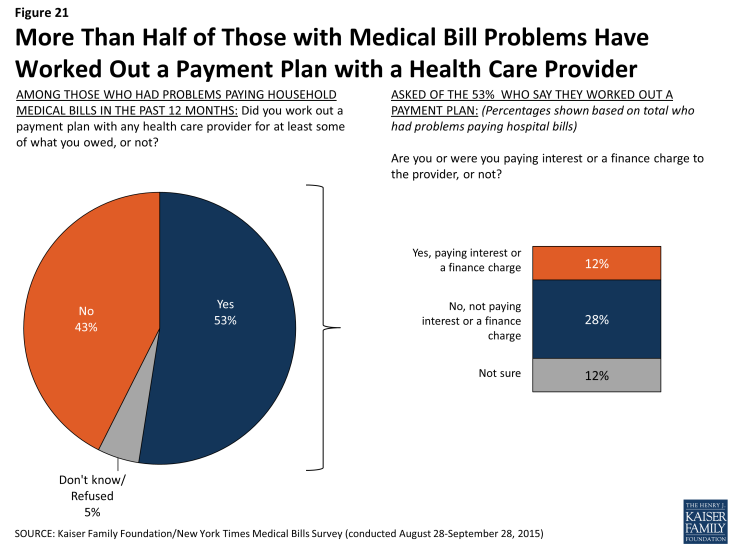 Figure 21: More Than Half of Those with Medical Bill Problems Have Worked Out a Payment Plan with a Health Care Provider

In their own words: One respondent’s story of confusing billing issues

[My wife] had an issue in her lower abdomen with chronic pain and went to see her OB/GYN for a professional opinion. She had the initial visit and needed to have some diagnostic lab testing done as well as a further ultrasound. She got no notification of the fees that were expected to be paid and the doctor told her that there was nothing to pay except the co-pay. Fast forward a few months and she gets a notice from the office saying that her unpaid bill is being forwarded to collections and will need to be paid immediately. She was never given notice before this collections notice and the fees seemed to be hidden or unknown to the doctor’s office. The disconnect between the medical services provided, and payment processing for those services provided, seems to be one of the largest issues, where one party is unaware of what the other needs to charge and does not give the patient the appropriate financial information in regards to the services being rendered.

Many hospitals have programs available to reduce or waive bills for people who have trouble paying, and non-profit hospitals are required to have such programs.1 Among those who report problems paying hospital bills, about half (47 percent) do not know if the hospital where they received care has such a program or not. Over a quarter (27 percent) say the hospital does have such a program, and 15 percent signed up for it. Additionally, fourteen percent of those who had problems paying medical bills other than hospital bills say a health care provider agreed to reduce the amount they owed. 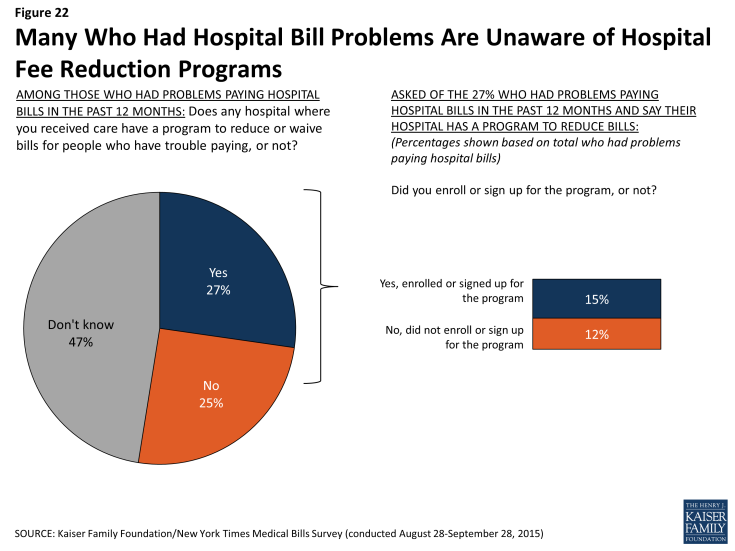 Figure 22: Many Who Had Hospital Bill Problems Are Unaware of Hospital Fee Reduction Programs