Section 2: The Role of Health Insurance

Medical bill problems among those with health insurance

While problems paying medical bills are more common among the uninsured, more than six in ten (62 percent) of those who had problems paying medical bills say the person who incurred the bills was covered by health insurance when treatment began, with most of that coverage (39 percent of the total) coming through an employer. The vast majority (83 percent) of those who were insured when treatment began say they kept their coverage throughout the treatment period, but 15 percent of them (9 percent of the total) say they lost or dropped coverage at some point, mainly because of job loss or change or because they were no longer eligible for coverage.

Among those with private insurance through an insurer or purchased on their own (46 percent of the total who had problems paying medical bills), about half report having plans with high deductibles (at least $1500 for an individual of $3000 for a family), while the other half report having lower-deductible plans. 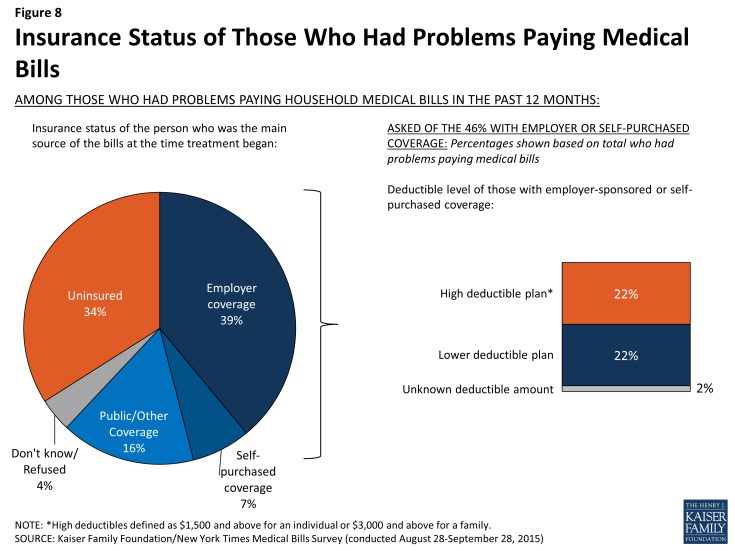 Figure 8: Insurance Status of Those Who Had Problems Paying Medical Bills

Of those who were insured when the bills were incurred, three-quarters (75 percent) say that the amount they had to pay for their insurance copays, deductibles, or coinsurance was more than they could afford. Interestingly, this is true among people in plans with higher deductibles (83 percent) and among those in plans with lower deductibles (76 percent), suggesting that other types of cost-sharing can present a problem even for people in lower-deductible health plans. For example, even under a plan with a relatively low deductible, large medical bills could arise from repeated co-pays or from out-of-network coinsurance.  This finding should not be confused with the finding shown in the first section of this report – that people in plans with higher deductibles are more likely to report problems paying medical bills in the first place. However, among insured people who have medical bill problems, most find cost sharing unaffordable regardless of the deductible level. 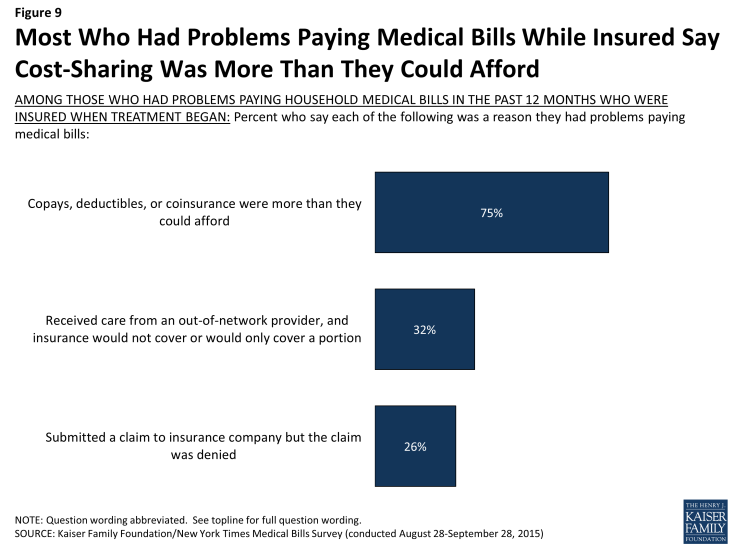 Figure 9: Most Who Had Problems Paying Medical Bills While Insured Say Cost-Sharing Was More Than They Could Afford 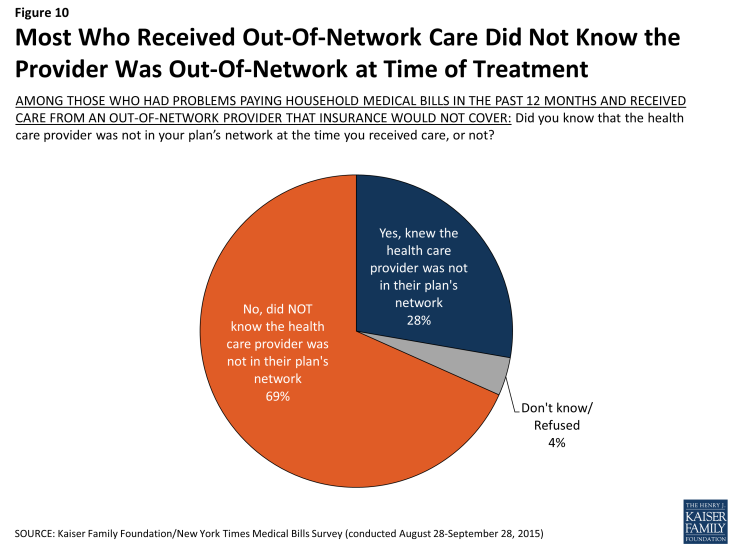 Denied claims also contribute to medical bill problems among those with insurance. About a quarter (26 percent) of the insured who had medical bill problems say they had a claim denied by their insurance company. Common reported reasons for denial include a particular treatment not being covered (25 percent of those with denied claims) and receiving care from an out-of-network provider (14 percent); 21 percent of those who say they had a claim denied did not know or could not provide a reason for the denial.

The uninsured and attempts to get coverage 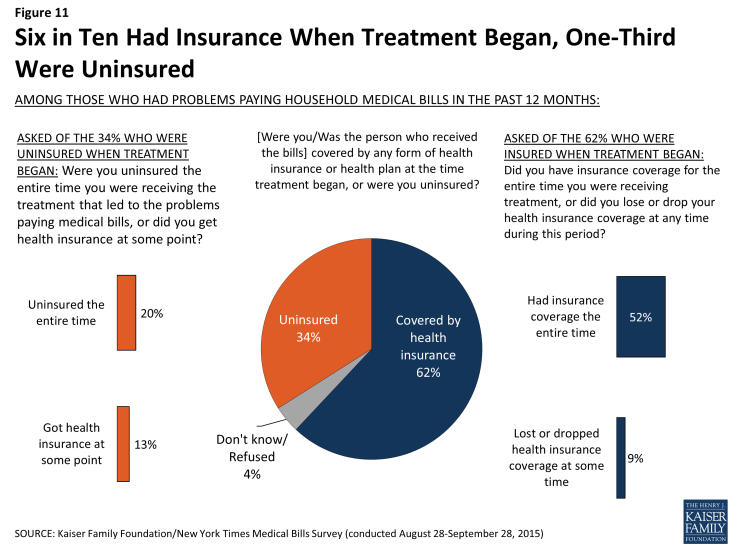 Figure 11: Six in Ten Had Insurance When Treatment Began, One-Third Were Uninsured

Among those who remained uninsured throughout the time they were receiving the treatment that led to their medical bills, many say they tried to get coverage from Medicaid (52 percent), the health insurance marketplace (28 percent) or directly from an insurance company or broker (16 percent). Most of those who tried but were not able to get coverage from Medicaid say they were told they were not eligible for the program, while the most commonly reported reason for not getting private coverage was because it was too expensive.