Total Number of Plans. In total, 3,148 Medicare Advantage plans will be available nationwide for individual enrollment in 2020 – a 15 percent increase (414 more plans) from 2019 and the largest number of plans ever available (Figure 1; Appendix Table 1). These numbers exclude employer or union-sponsored group plans and Special Needs Plans, which are only available to select populations. Similar to prior years, HMOs continue to account for about two-thirds (64%) of all plans offered in 2020. 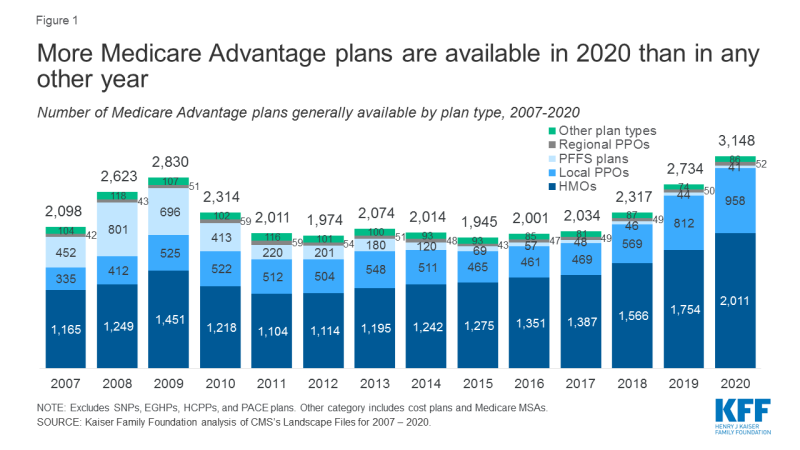 Figure 1: More Medicare Advantage plans are available in 2020 than in any other year

While many employers and unions also offer Medicare Advantage plans to their retirees, no information about these plans is made available by CMS to the public during the Medicare open enrollment period because these plans are not available to the general Medicare population.

Special Needs Plans (SNPs). More SNPs will be available in 2020 than in any year since they were authorized, increasing from 717 plans in 2019 to 855 plans in 2019, a 19 percent increase (Figure 2). The SNP market may be an especially attractive market because potential overpayments to plans may be largest for those plans that are serving the sickest beneficiaries. 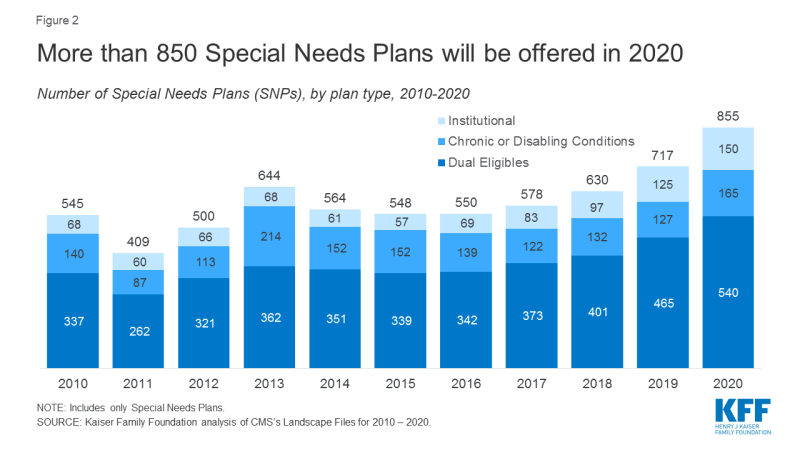 The rise in SNPs for people who require an institutional-level of care (I-SNPs) has been particularly notable, more than doubling from 69 plans in 2016 to 150 plans in 2020. I-SNPs may be attractive to insurers because they tend to have much lower marketing costs than other plan types since they are often the only available option for people to receive their Medicare benefits in certain retirement communities and nursing homes. The number of SNPs for people dually eligible for Medicare and

Medicaid (D-SNPs) has also greatly increased over the past five years (58% increase since 2016), suggesting insurers’ continue to be interested in managing the care of this high-need population. 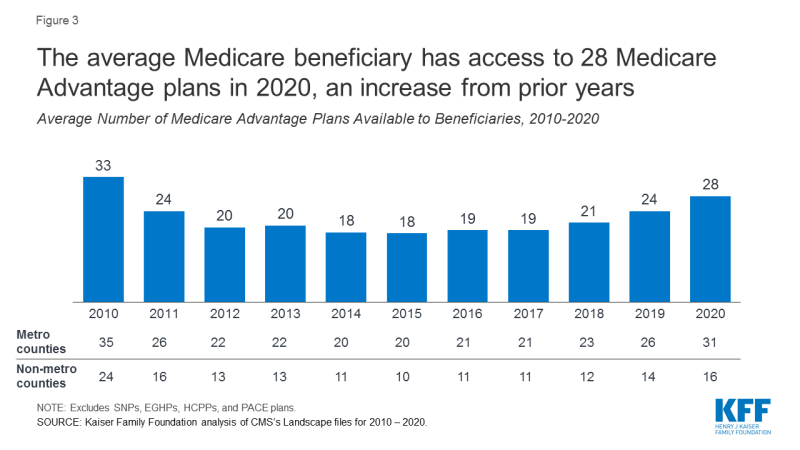 Figure 3: The average Medicare beneficiary has access to 28 Medicare Advantage plans in 2020, an increase from prior years 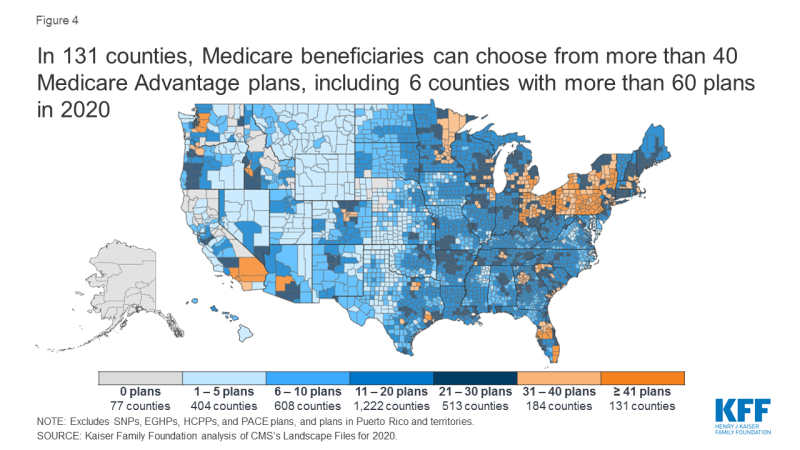 Figure 4: In 131 counties, Medicare beneficiaries can choose from more than 40 Medicare Advantage plans, including 6 counties with more than 60 plans in 2020 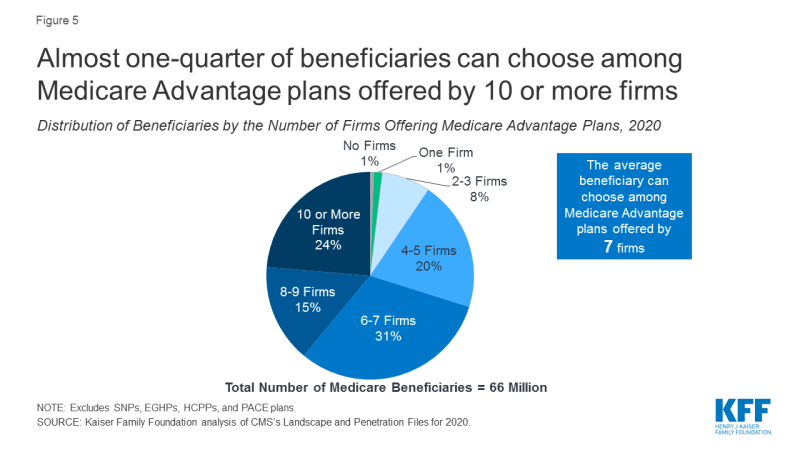 Figure 5: Almost one-quarter of beneficiaries can choose among Medicare Advantage plans offered by 10 or more firms 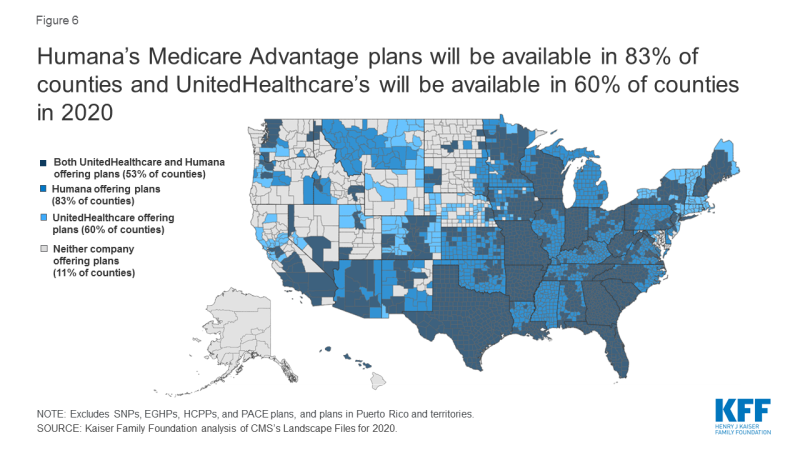 The vast majority of Medicare Advantage plans for individual enrollment (90%) will include prescription drug coverage (MA-PDs), and 49 percent of these plans will charge no premium, other than the Part B premium, similar to 2019. More than nine out of ten beneficiaries (93%) will have access to a MA-PD with no monthly premium in 2020. However, in three rural states (AK, MT and WY), beneficiaries will not have access to a zero-premium MA-PD, and in four other states (MD, SD, ID, and ND), less than half of beneficiaries will have access to a zero-premium MA-PD. The average premium for MA-PDs (not weighted by enrollment) will be $36 per month in 2020, down from $40 per month in 2019. Medicare Advantage enrollees typically choose low premium plans, and enrollment-weighted premiums are often lower than the average premium across plans.

Availability of Extra Benefits in Plans for General Enrollment. More than 80 percent of plans provide some dental, vision, hearing, or fitness benefits (Figure 7); nearly 6 in 10 plans (58%) provide all of these four benefits in 2020. One-third of plans (33%) provide some transportation benefit in 2020, and almost half (46%) provide a meal benefit, such as a cooking class, nutrition education, or meal delivery. Less than 10 percent of plans provide bathroom safety devices (6%), in-home support (4%), telemonitoring (4%), or support for caregivers of enrollees (2%). 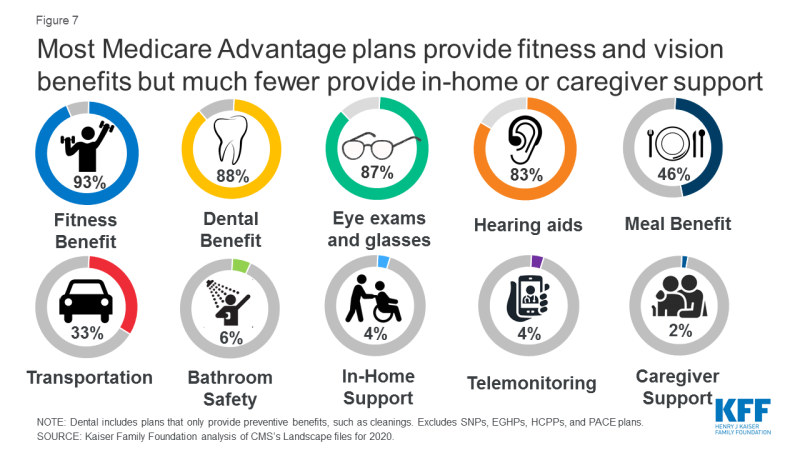 Availability of Extra Benefits in Special Needs Plans. SNPs are designed to serve a disproportionately high-need population, and a somewhat larger percentage of SNPs than plans for other Medicare beneficiaries provide their enrollees with transportation benefits (84%) and meal benefits (60%). Similar to plans available for general enrollment, a relatively small share of SNPs provide bathroom safety devices (7%), in-home support (13%), telemonitoring (10%), and support for caregivers (8%).

Access to Extra Benefits. Nearly all Medicare beneficiaries have access to a Medicare Advantage plan with some extra benefits not covered by traditional Medicare, with 97% having access to some dental, fitness, vision, and hearing benefits in 2020. The vast majority of beneficiaries also have access to transportation assistance (92%) and a meal benefit (96%), but far fewer have access to in-home support (54%), bathroom safety (49%), telemonitoring services (29%), and support for caregivers of enrollees (12%).

Gretchen Jacobson, Meredith Freed, and Tricia Neuman are with KFF.