Since 2012, Medicare Advantage plans have received bonus payments based on the quality ratings, and plans with higher ratings also receive higher rebate amounts. In 2016, plans with 4 or more stars will receive bonuses of 5 percent, and new plans and plans with low enrollment will receive bonuses of 3.5 percent; these bonus percentages are doubled in some counties.1 Additionally, beneficiaries can enroll in a plan with 5 stars at any time during the year, not just during the annual open enrollment period.

In 2016, the majority (40%) of Medicare Advantage contracts will have ratings of four or more stars – an increase from 33 percent in 2015 (Figure 11). In 2016, as in prior years, few contracts (4%) receive the top star rating (5 stars), a slight increase from 2 percent of contracts in 2015. The vast majority of Medicare beneficiaries (94%) will have access to at least one plan with four or more stars in 2016, including one-quarter (24%) of beneficiaries who will have access to a plan with five stars (data not shown). 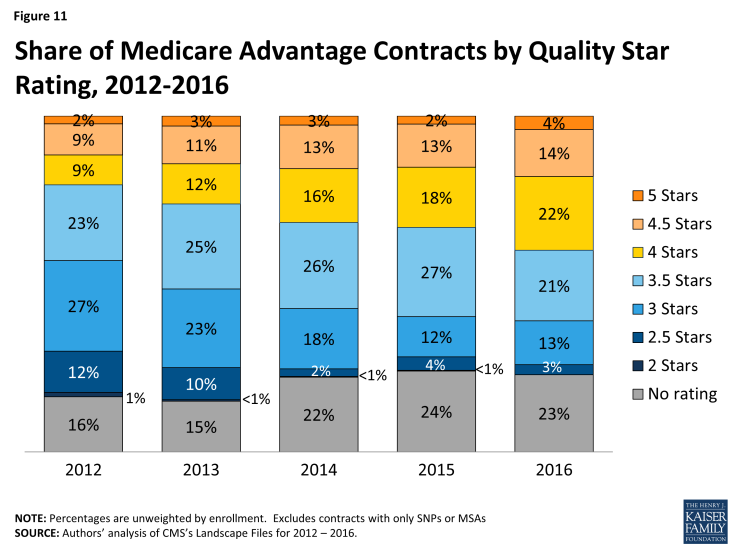