In 2016, the vast majority (87%) of Medicare Advantage plans will offer prescription drug coverage. Historically, Medicare Advantage plans without a drug benefit were developed to meet the needs of beneficiaries who may have access to other sources of prescription drug coverage, such as retiree health coverage from former employers or the Veterans Health Administration, as well as those who for any other reason do not want to purchase such coverage.

Coverage of the Part D Deductible

The standard design of the drug benefit includes an initial coverage deductible which is updated each year, and is $360 in 2016. Plans can vary the benefit design as long as they provide cost-sharing that is at least actuarially equivalent to the standard benefit. 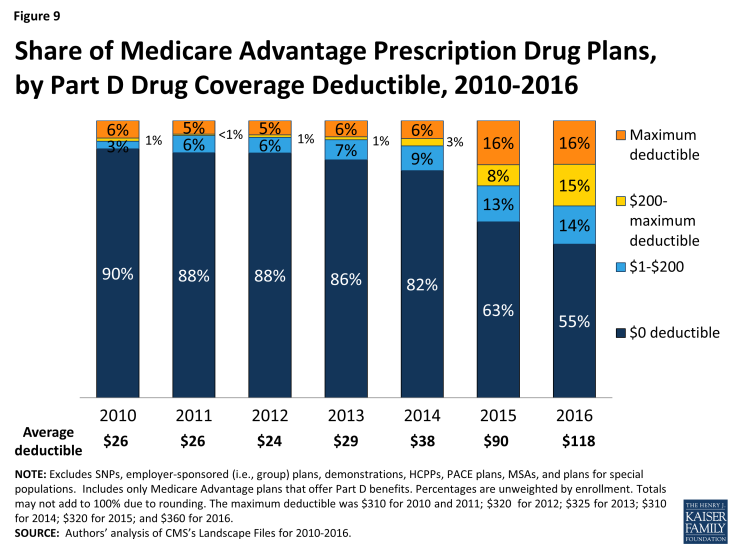 MA-PDs are better situated than stand-alone prescription drug plans (PDPs) to offset the costs of drugs with other benefits because they combine Part D with other Medicare-covered benefits. The use of Part D deductibles is increasing among MA-PDs, although they still are used more commonly by stand-alone PDPs. In 2016, two-thirds of PDPs will charge a deductible, and a larger share of PDPs than MA-PDs will charge the maximum amount allowed.1 Further research is needed to assess how cost sharing between MA-PDs and PDPs varies and whether the two types of plans generally include the same drugs on the same formulary tier, as this has cost implications for beneficiaries.

Coverage within the “Doughnut Hole”

The initial design of the Medicare drug benefit in 2006 included a coverage gap, or “doughnut hole,” which required beneficiaries with relatively high drug costs to pay 100 percent of their expenses in the coverage gap until they qualified for catastrophic protection. The ACA gradually closes the doughnut hole and eliminates the gap by 2020. In 2016, beneficiaries will be responsible for no more than 45 percent of the cost of brand-name drugs and 58 percent of the cost of generic drugs in the gap. 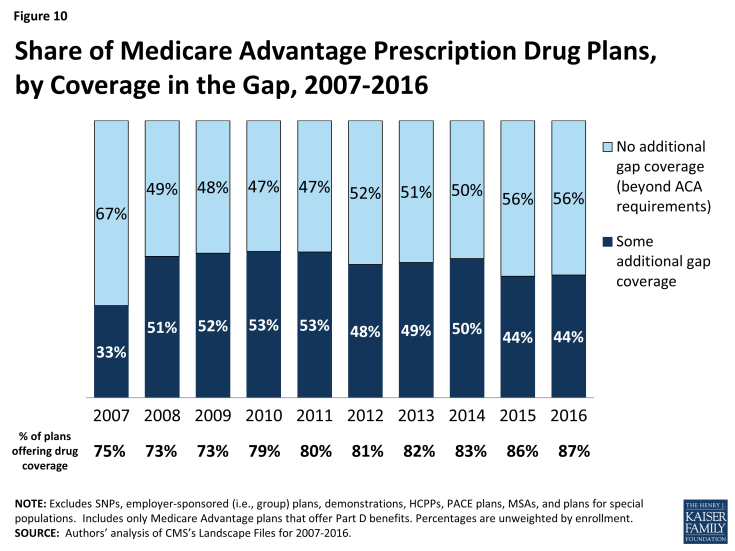 Figure 10: Share of Medicare Advantage Prescription Drug Plans, by Coverage in the Gap, 2007-2016