In total, 2,001 Medicare Advantage plans will be available nationwide for individual enrollment in 2016, 56 more than in 2015 (Figure 1). In 2016, 203 plans that were available in 2015 will be exiting the Medicare Advantage market, and 259 plans will be offered for the first time. An earlier analysis describes the nature of change at the national and state level as plans enter and exit the market in 2016.1 While virtually every state will see some change in the number of plan offerings, most of the plans exiting the market in 2016 attracted relatively few enrollees in 2015. Nationwide, the number of plans offered has been relatively stable since 2011. 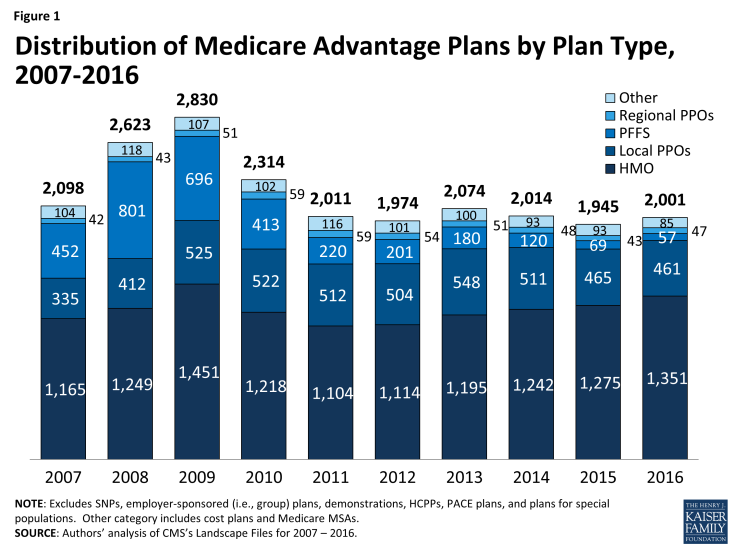 HMOs continue to account for the majority of plans available, and will account for two-thirds of all plans offered in 2016 (Table A1). Since 2013, the number of HMOs has increased each year, with 76 more HMOs in 2016, while the availability of other plan types has either remained similar or decline. In 2016, there will be limited changes in the number of local PPOs, regional PPOs, and private fee-for-service (PFFS) plans. 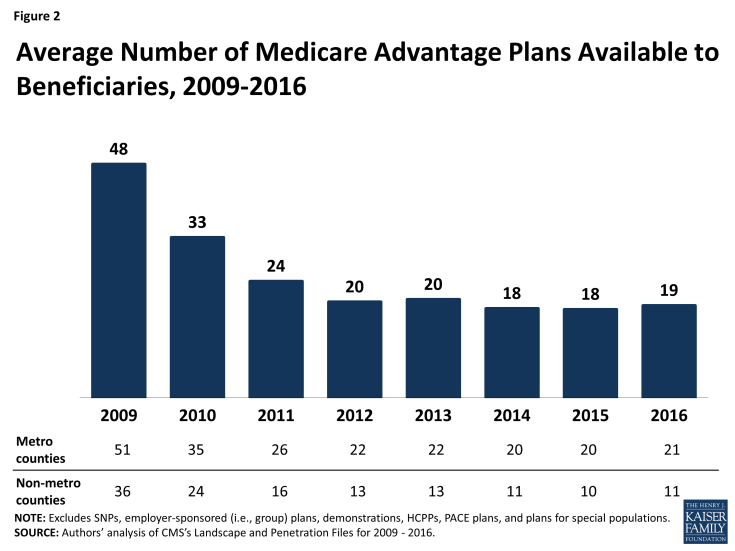 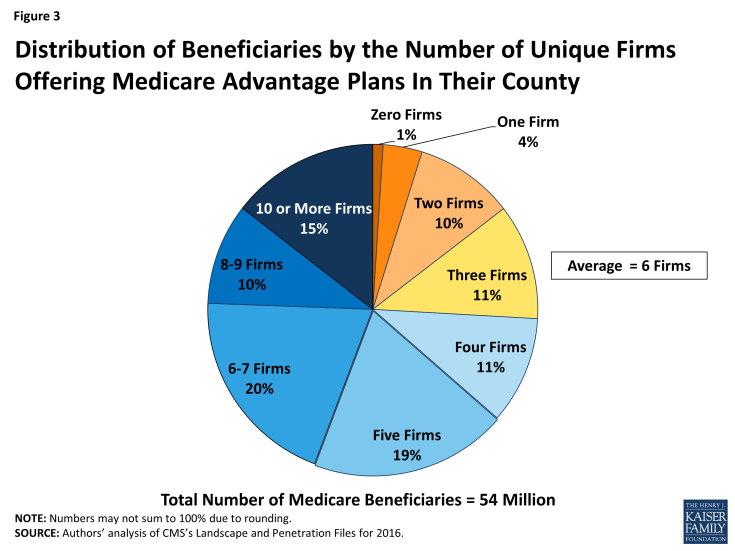 Figure 3: Distribution of Beneficiaries by the Number of Unique Firms Offering Medicare Advantage Plans In Their County 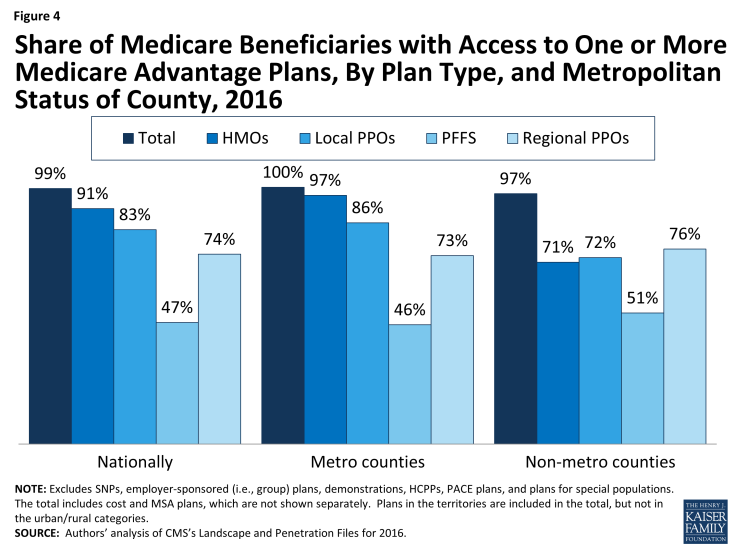 Figure 4: Share of Medicare Beneficiaries with Access to One or More Medicare Advantage Plans, By Plan Type, and Metropolitan Status of County, 2016