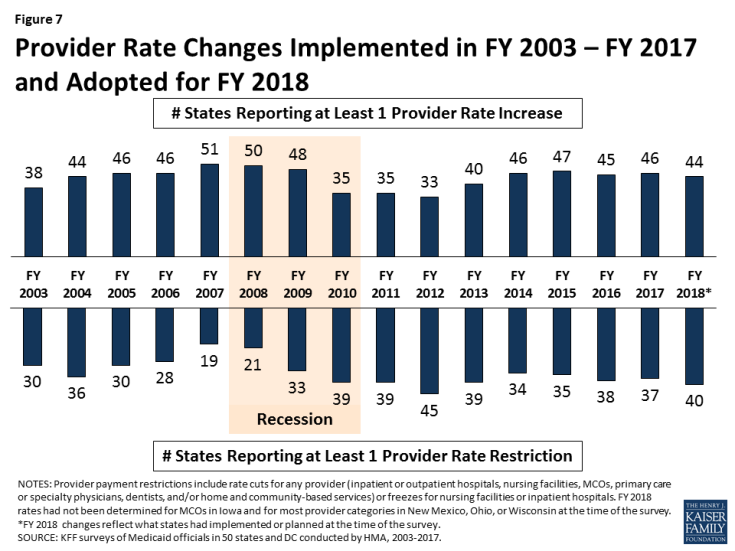 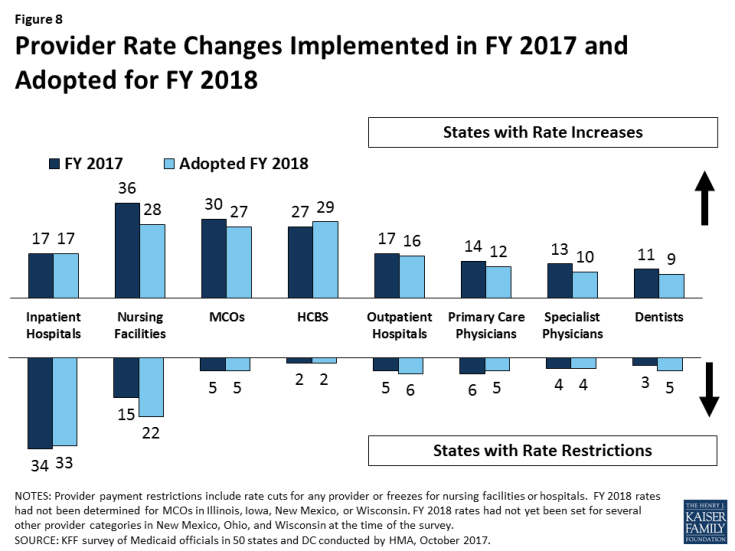 Capitation payments for MCOs are generally bolstered by the federal requirement that states pay actuarially sound rates. In FY 2017 and FY 2018, the majority of the 39 states with Medicaid MCOs either implemented or planned increases in MCO rates. Five states reported MCO rate cuts in FY 2017, and five states plan to cut MCO rates in FY 2018. Four states were not able to report MCO rate changes for FY 2018 because rate development was not complete. States are increasingly moving to calendar year MCO contracts.

Provider taxes are an integral source of Medicaid financing. In this year’s survey, states reported continuing or increased reliance on provider taxes and fees to fund a portion of the non-federal share of Medicaid costs in FY 2017 and FY 2018. At the beginning of FY 2003, 21 states had at least one provider tax in place. Over the next decade, a majority of states imposed new taxes or fees and increased existing tax rates and fees to raise revenue to support Medicaid. By FY 2013, all but one state (Alaska) had at least one provider tax or fee in place.3 In FY 2017, 34 states had three or more provider taxes in place (Figure 9). 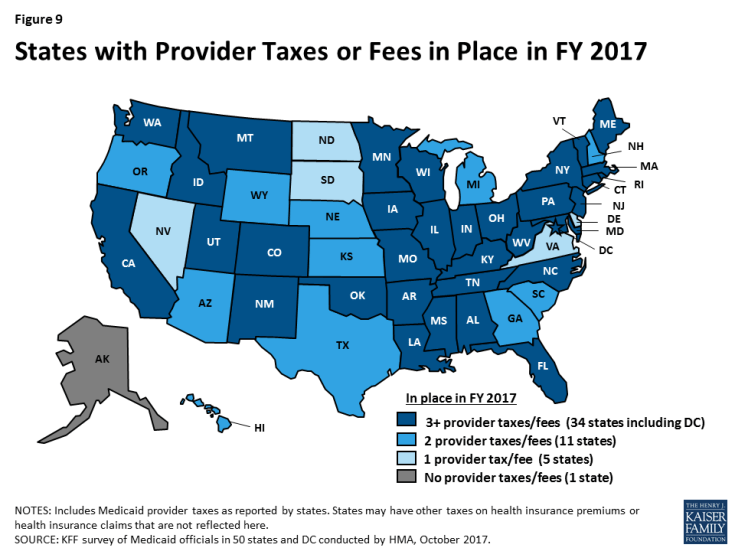 Figure 9: States with Provider Taxes or Fees in Place in FY 2017

The most common Medicaid provider taxes in place in FY 2017 were taxes on nursing facilities (44 states), followed by taxes on hospitals (42 states) and taxes on intermediate care facilities for the intellectually disabled (36 states) (Table 14). Three states reported plans to add new taxes in FY 2018. Oregon reported a new MCO tax, Ohio’s MCO tax transitioned from a sales tax on premium revenues to a member month tax, and Tennessee expects to have a new ground ambulance provider assessment, which was enacted by the Tennessee General Assembly during its 2017 legislative session. Thirteen states reported increases to one or more provider taxes in FY 2018, compared to only five states reporting provider tax decreases.4