In June 2013, over 28 million children were enrolled in Medicaid. As reported for other groups, enrollment growth fell to a post-recessionary low at less than one percent (0.9%.) During this period, an additional 252,000 children were enrolled in the program compared to one year earlier. Nearly 80 percent of this growth occurred in four states (Colorado, Florida, New York, and South Carolina.) (Figure 12) Three of these states implemented policy changes that likely contributed to their enrollment growth among children.1 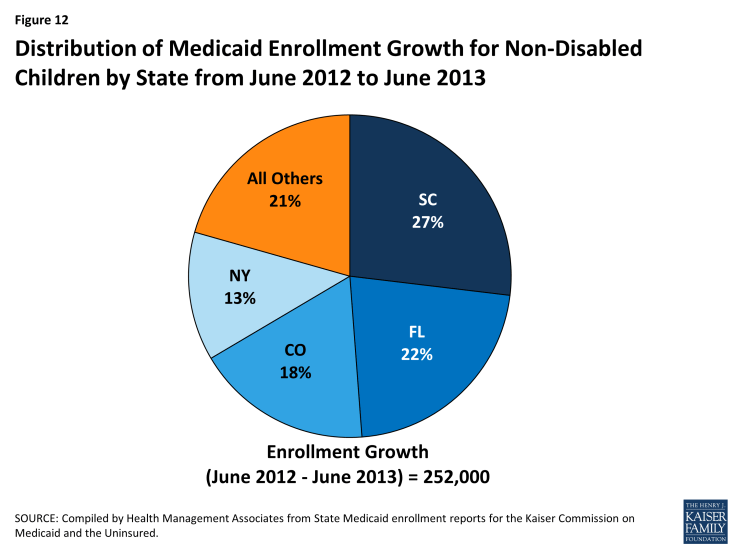 Figure 12: Distribution of Medicaid Enrollment Growth for Non-Disabled Children by State from June 2012 to June 2013

During the period from June 2012 to June 2013, 17 states saw declines in enrollment among children. (Figure 13) However, the declines were relatively small, most under one percentage point. This is due in part to the fact that eligibility levels and enrollment procedures for children in Medicaid and CHIP have been preserved due to the maintenance of eligibility (MOE) requirements; these requirements will remain in effect for children until 2019. 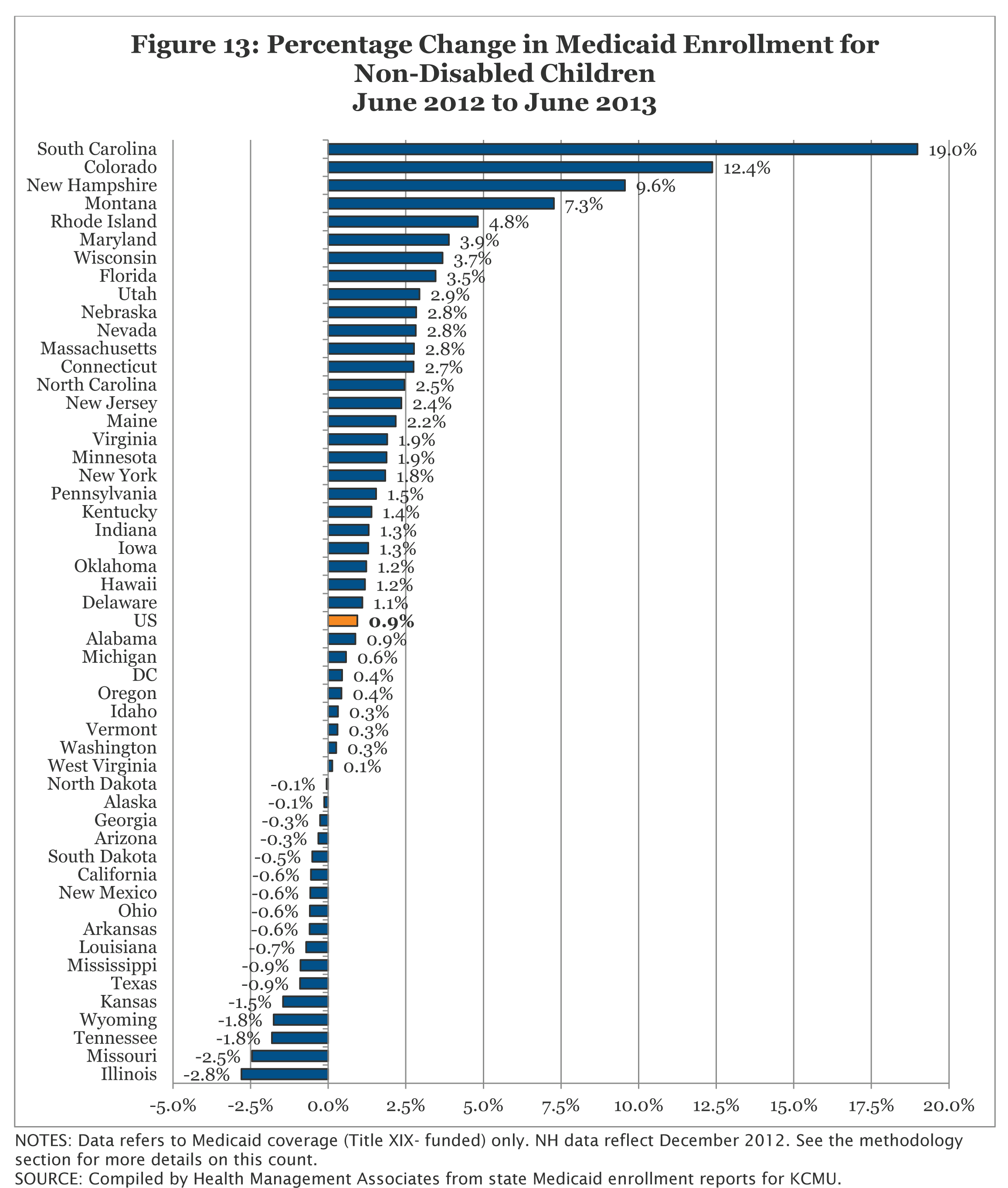