Enrollment growth for this group is sensitive to changes in economic conditions. As shown in Figure 7, enrollment growth slowed and even declined as the economy improved in the years leading up to the Great Recession, and then peaked again between June 2008 and June 2009 at the height of the Great Recession. Since June 2007, just before the start of the Great Recession, an additional 12.6 million people enrolled in Medicaid programs across the country, nearly 10.2 million of whom were non-disabled, non-elderly individuals. As mentioned earlier, Medicaid programs, as well as CHIP programs, aided by maintenance of eligibility (MOE) provisions maintained under the ACA have played a critical role in staving off increases in the number of non-elderly uninsured, particularly children. Between 2007 and 2012, the uninsured rate for children dropped from 10.9 percent to 9.2 percent, despite a decrease in the share of children with employer-sponsored coverage. Additionally, the uninsured rate for non-elderly individuals declined in 2011 and 2012 for the first time since the start of the Great Recession; this decline was primarily driven by increases in Medicaid coverage among adults.1 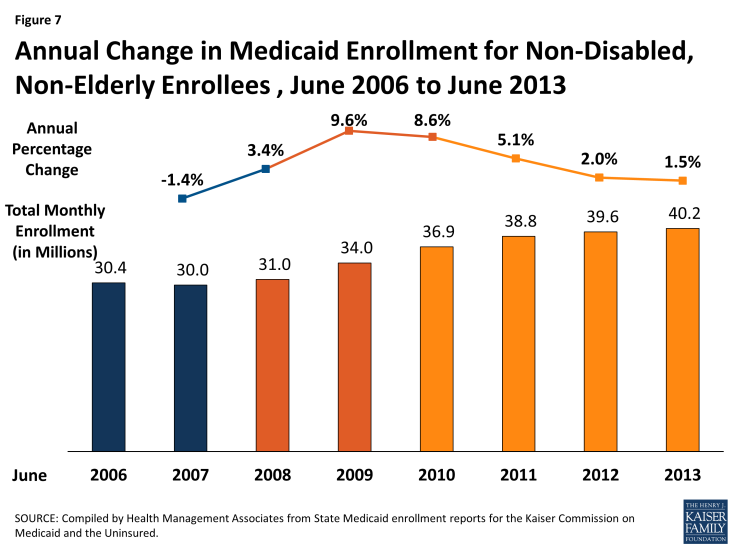 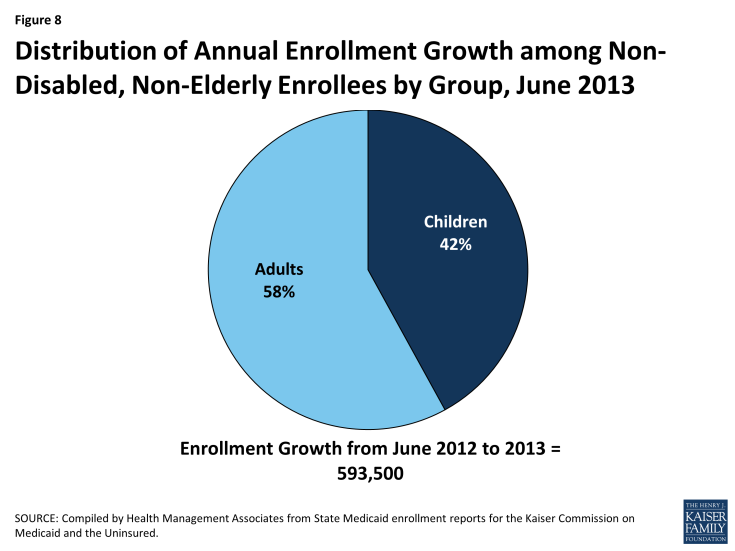 Cross state trends in enrollment for non-disabled, non-elderly adults and non-disabled children are discussed separately below. Enrollment trends for adult expansions are discussed in a separate appendix (Appendix B) at the end of this report. 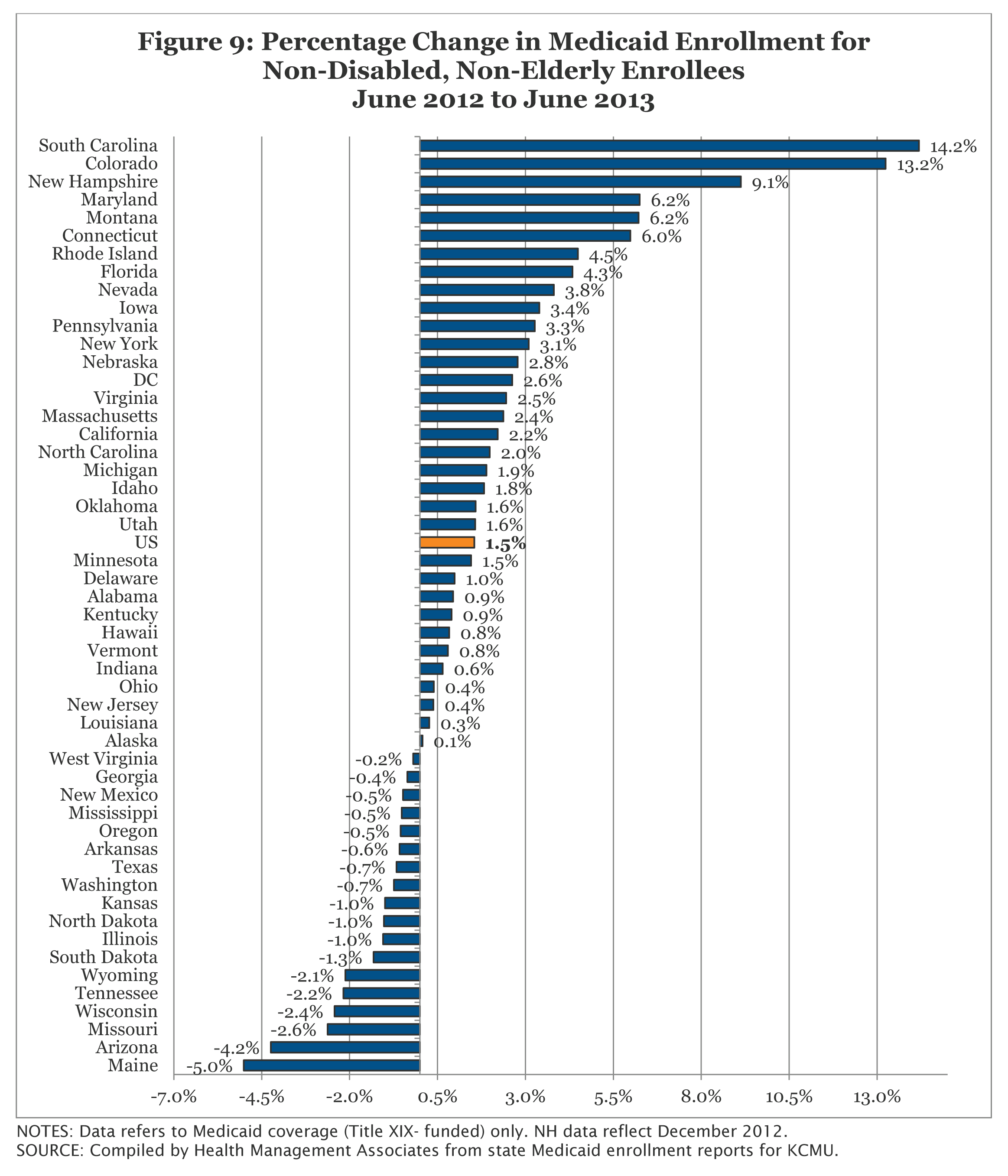