In June 2013, nearly 12.2 million non-disabled, non-elderly adults were enrolled in Medicaid programs across the country. In spite of some states expanding eligibility, enrollment growth among this group has fallen to a post-recessionary low at 2.9 percent. An additional 342,000 adults were enrolled in Medicaid programs between June 2012 and June 2013; over two-thirds of this growth occurred in two states (California and New York.) (Figure 10) 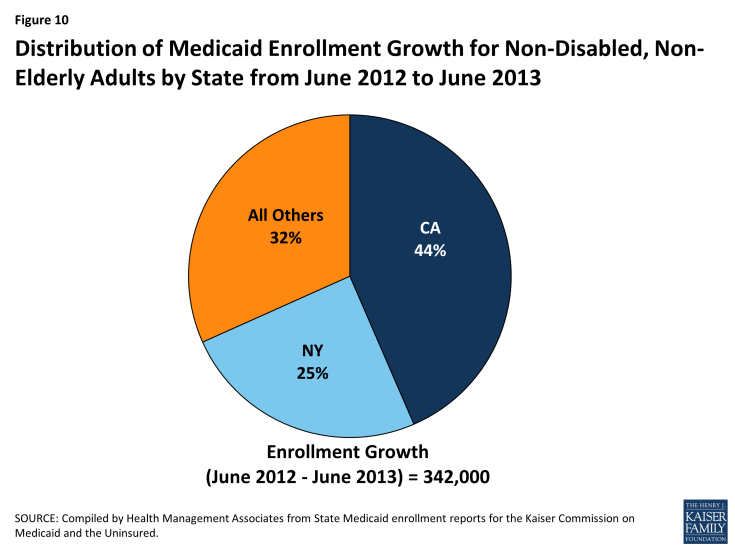 Figure 10: Distribution of Medicaid Enrollment Growth for Non-Disabled, Non-Elderly Adults by State from June 2012 to June 2013

Five states (Colorado, Pennsylvania, Idaho, Connecticut, and Maryland) saw double digit growth among this group during the period from June 2012 to June 2013 (Figure 11); three of these states (Colorado, Connecticut and Maryland) have expanded coverage to childless adults recently. During this same period, 20 states saw declines in enrollment among non-elderly adults. The largest declines occurred in Arizona, Maine, and Wisconsin. Each of these states recently implemented eligibility restrictions permissible under exemptions from the MOE. 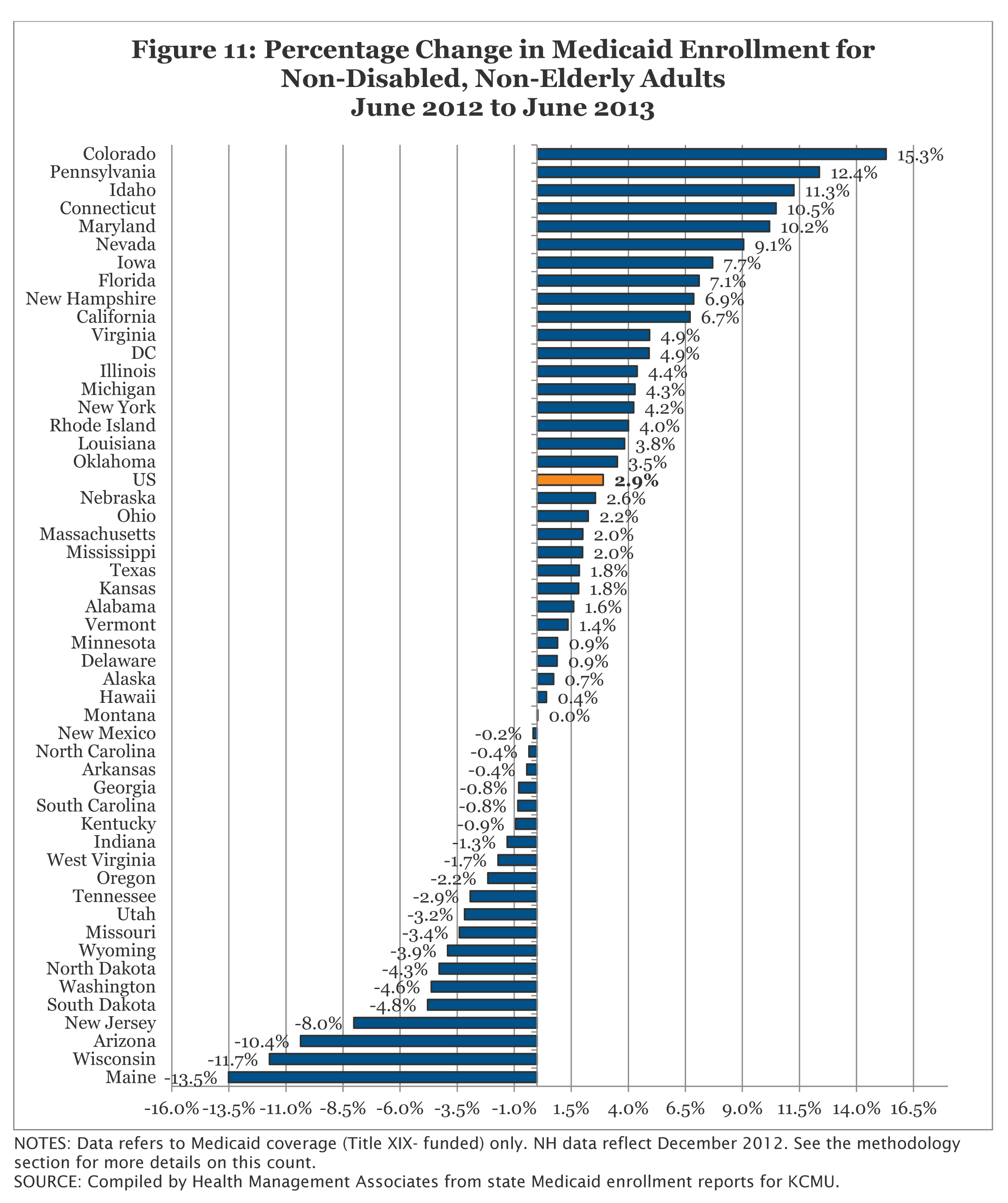