Medicaid Coverage of Pregnancy and Perinatal Benefits: Results from a State Survey

Medicaid is the leading source of financing for births in the U.S., covering nearly half in 2010.1 While the federal and state governments jointly finance the program, states operate their programs and establish benefits, eligibility and coverage policies subject to broad federal guidelines. While states must provide eligible pregnant women with coverage of inpatient and outpatient medical care, they can make different choices regarding the broad range of pregnancy-related support services and other non-hospital care offered to pregnant women. To understand variations in the scope of coverage for perinatal and family planning services and related state Medicaid policies across the nation, the staff of the Kaiser Family Foundation and Health Management Associates surveyed states about perinatal and family planning services benefit policies that were in place as of July 1, 2015.

The survey was conducted between October 2015 and February 2016. Forty states and the District of Columbia (DC) responded to the survey. Non-responding states are: Florida, Kansas, Louisiana, New Jersey, North Dakota, Pennsylvania, Rhode Island, South Dakota, Utah and Wisconsin. The survey asked states to consider only state Medicaid policies under fee-for-service when responding to the questions. As illustrated in Figure 2, of the 41 respondents, as of July 1, 2015, 24 states and DC had adopted the ACA’s Medicaid expansion and 16 states had not.2 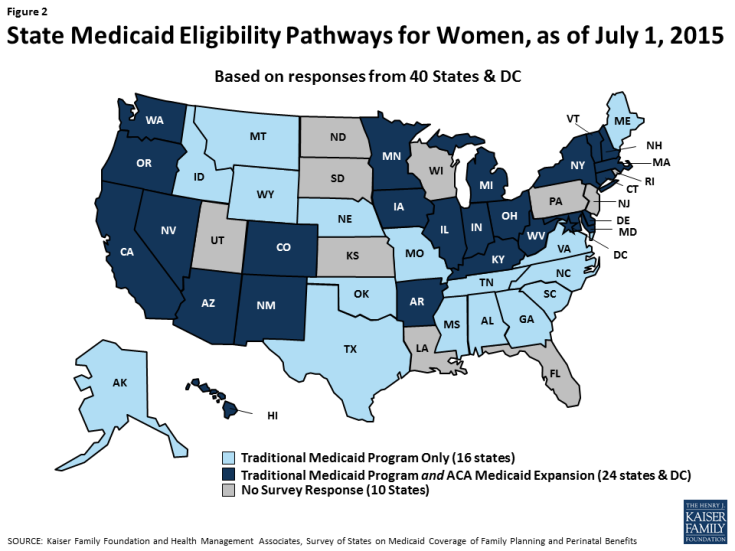 Figure 2: State Medicaid Eligibility Pathways for Women, as of July 1, 2015

This report presents the survey findings on 41 states’ Medicaid coverage of perinatal services under fee-for-service as of July 2015 (DC is referred to as a state throughout this report, for simplicity). Summary tables are presented throughout the report and more detailed, state-level tables are presented in Appendix A. A companion report summarizing state Medicaid coverage of family planning services is available on the Kaiser Family Foundation’s website.

For decades, Medicaid has been a critical safety net program for pregnant women. In response to increasing rates of infant mortality, Medicaid eligibility levels were increased incrementally throughout the late 1980s and early 1990s to promote access to early prenatal care and to improve birth outcomes. Prior to the ACA, federal law extended mandatory categorical Medicaid eligibility to pregnant women with family incomes up to 133% of the Federal Poverty Level (FPL), although states had the option of setting income thresholds above this level. Furthermore, pregnancy was considered a preexisting condition in the individual insurance market, and most individual policies required a waiting period or costly riders for maternity coverage. Therefore, Medicaid was virtually the only pathway to coverage for uninsured, low-income, pregnant women.

Coverage under the pre-ACA eligibility pathway for “pregnancy-related services” continued for up to 60 days postpartum. At that point, some women qualified for traditional Medicaid coverage as the parent of a dependent child, but many did not as the income threshold for parents was typically much lower than for pregnant women. This means that some women lost Medicaid coverage 60 days after the birth of a child, although their infant would remain eligible for one year.

The ACA allowed states to extend Medicaid coverage to nearly all individuals with incomes up to 138% FPL regardless of category, creating the structure for continuous coverage before, during, and after pregnancy for many more low-income women. In the 19 states that have not adopted the ACA’s Medicaid expansion, pregnant women typically still lose coverage after the 60-day postpartum period because they are no longer eligible for coverage. Since the ACA’s passage, there are now three major pathways to obtain Medicaid coverage for pregnant women (Table 2).

In addition to increasing income eligibility levels, states have taken other steps to facilitate Medicaid coverage for pregnant women, such as presumptive eligibility, which allows providers to grant immediate, temporary Medicaid coverage to women who meet certain criteria while a formal eligibility determination is being made. For example, regular Medicaid coverage may overlay the presumptive eligibility period and provide a full range of services including prenatal vitamins, genetic counseling, case management services for high risk women, non-emergency medical transportation, and substance or alcohol abuse treatment. Pregnant beneficiaries also cannot be charged any cost-sharing under Medicaid.

Prior to the ACA, there were no federal requirements regarding the scope of services provided to pregnant women in traditional Medicaid or under the pregnancy-only pathway and no requirement to standardize coverage across the pathways. For the ACA Medicaid expansion population, however, the law defines a minimum “Alternative Benefit Plan” (ABP) that states must provide to beneficiaries under the Medicaid expansion option. The ACA specifies that the ABP must include 10 “essential health benefits,” including maternity care and preventive care which must be provided at no cost to the patient.3 The preventive care under this policy includes several services related to maternity care, such as prenatal visits, screening tests, folic acid supplements, and breastfeeding supports and equipment rental (Table 3). Benefit policies for traditional (pre-ACA) Medicaid programs and for pregnancy-only eligibility programs, are not bound by the ABP requirements, which means that the benefit packages can vary within states for different Medicaid populations based on their eligibility pathway.

This survey asked states about the scope of coverage for pregnancy-related benefits under multiple eligibility pathways for Medicaid. Detailed findings from 40 states and DC on commonalities and differences between and within states are presented for routine prenatal services, counseling and support services, delivery and postpartum care, and breastfeeding supports. Coverage of postpartum contraception is discussed in a companion report on coverage of family planning services, available on the Kaiser Family Foundation’s website.