Medicaid payments for prescription drugs are determined by a complex set of policies, at both the federal and state levels, that draw on price benchmarks to set both ingredient costs and determine rebates under the federal Medicaid drug rebate program (MDRP). States set policies within federal guidelines on beneficiary cost-sharing while federal regulations guide the payment methodology for prescription drug ingredient cost reimbursement and professional dispensing fees. The final cost to Medicaid is then offset by any rebates received under the federal MDRP. In addition to federal statutory rebates under MDRP, most states negotiate with manufacturers for supplemental rebates on prescription drugs, frequently using placement on a PDL as leverage. States have also formed multi-state purchasing pools when negotiating supplemental Medicaid rebates to increase their negotiating power. In addition, most MCO states allow their MCOs to negotiate their own supplemental rebate agreements with manufacturers. A few states have also used their supplemental rebate authority to negotiate alternative payment models with manufacturers, and states continue to show interest in these arrangements.

Approximately two-thirds of the states with supplemental rebate programs (30 of 46 states) have entered into multi-state purchasing pools to enhance their negotiating leverage and collections. As shown in Table 8, as of July 1, 2019, 30 states reported participating in three different multi-state purchasing pools. Two states (Louisiana and Maine) also reported participating in an intrastate purchasing pool, where multiple agencies within the state consolidate their purchasing,1 and one other state (Nevada) reported new state legislation, effective January 1, 2020, allowing state agencies and non-profits to “pool” their pharmacy expenditures with Medicaid FFS for rebate purposes.

Most states anticipate supplemental rebates to remain steady or increase as a share of pharmacy expenditures. Of the 46 responding states with supplemental rebate programs, nearly three-quarters (34) expected rebates to remain “about the same” in FY 2020 compared to FY 2019, while 11 states expected higher rebates.2 Only one state (Tennessee) projected lower rebate collections due to patent expirations and orphan drug approvals. 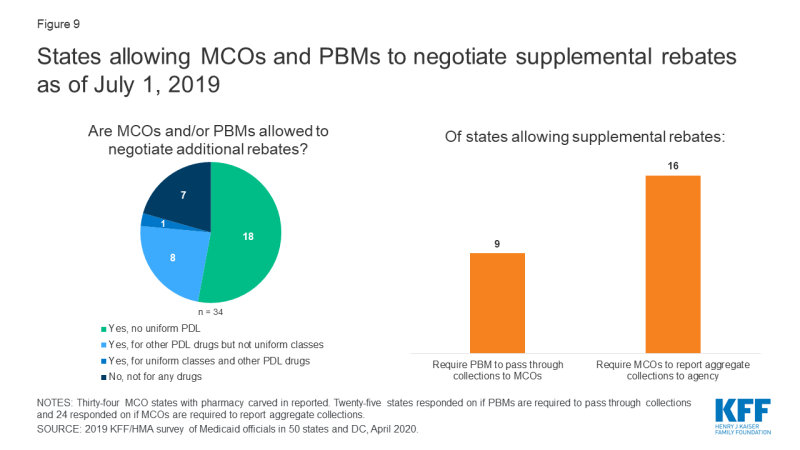 Figure 9: States allowing MCOs and PBMs to negotiate supplemental rebates as of July 1, 2019

Most states impose pharmacy cost sharing, and many structure copayment requirements to favor lower-cost generic and preferred brands. As of July 1, 2019, nearly three-quarters of the 50 responding states (37 states) reported requiring FFS pharmacy copayments for non-exempt adults (Figure 10 and Appendix Table 10). All but four of these 37 states (Kentucky, Maine, Missouri, and Ohio) reported that reimbursement to the pharmacy provider was decreased by the copayment amount. Also, 17 states reported lower copays for generics compared to brands, 11 states reported uniform copays for generics and brands, eight states reported that copay amounts varied based on the cost of the drug, and one state reported copays varied based on PDL placement. A few states also mentioned copay exemptions for selected therapeutic classes. 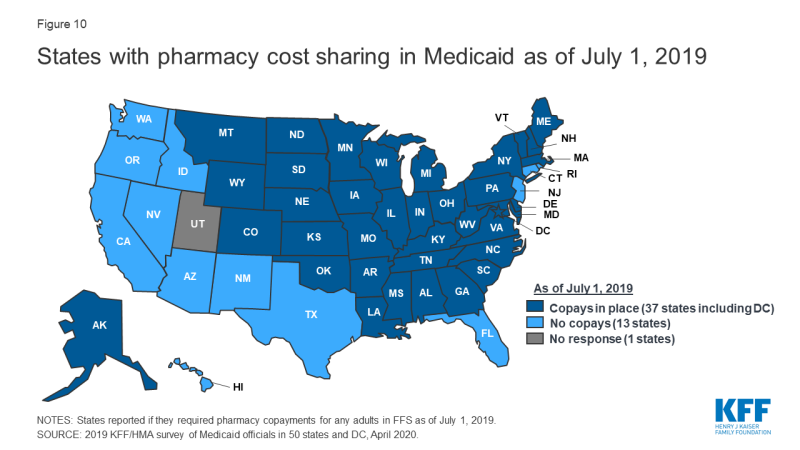 Figure 10: States with pharmacy cost sharing in Medicaid as of July 1, 2019

States cited a range of barriers or challenges to implementing VBAs. The most frequently cited barrier or challenge, cited by 10 states, was the administrative resources needed to develop and negotiate VBAs. Eight states indicated that the CMS approval process was a challenge; eight states commented on the data collection and measurement requirements associated with VBAs; five states noted the time needed for implementation and to measure value; five states cited the lack of willing manufacturers; and four states mentioned the risk to the state or challenge of calculating a return on investment. Other challenges mentioned by two states included: the need to obtain stakeholder agreement; the inability to include 340B-eligible drugs; the overall complexity; and limited feasibility for smaller states with smaller volume/utilization.

A small number of states use limited pharmacy networks for specialty drugs. Unlike MCOs that sometimes limit the size of provider networks, including retail pharmacy networks (when permitted by the state), to achieve better pricing or higher quality, Medicaid FFS programs typically enroll “any willing,” qualified, and appropriately credentialed provider. Three states, however, reported selective contracting or limited network arrangements for FFS specialty pharmacy drugs in place as of July 1, 2019: Arizona competitively procured a vendor to provide specialty pharmacy services for anti-hemophilic product and other blood disorder medications; Pennsylvania competitively procured two preferred vendors to provide specialty pharmacy drugs, ancillary items and services and clinical supports; and DC created a mental health specialty pharmacy network in 2010 to allow selected physician-administered injectable antipsychotics to be billed as a pharmacy benefit through the pharmacy point-of-sale system. Pharmacies interested in dispensing these medications directly to physician offices or other healthcare facilities may opt in as a provider for this pharmacy network. No state reported having a limited FFS network for non-specialty drugs.

Some states have mandated dispensing fees for MCOs. As described in Table 10 below, nine states (Arizona, Iowa, Kansas, Kentucky, Louisiana, Mississippi, North Dakota, Nebraska, and New Mexico) reported having have some form of mandated dispensing fee in place as of July 1, 2019. Two states (Illinois and Ohio), plan to add a mandated fee requirement in 2020: Illinois will require MCOs to pay the Department’s dispensing fee for Critical Access Pharmacies, which are, generally, independent pharmacies located in counties with less than 50,000 residents, and Ohio reported plans to implement a supplemental dispensing fee pilot to support independent pharmacies and small chains, especially those who serve a large number of Medicaid beneficiaries.9

Some, but not all, states have policies in place to manage medical benefit drugs, or drugs delivered outside of Medicaid’s pharmacy benefit. Some drugs covered by Medicaid are paid through the medical benefit rather than the pharmacy benefit. These drugs are sometimes not in a PDL or managed by PBMs; rather, they are approved through the medical management department. These drugs are often high-cost drugs administered in physician offices, infusion suites, or hospitals. There can be wide variability on how these drugs are authorized, and states continue to seek utilization controls. Over half of responding states reported having policies or tools in place to ensure that drugs are paid at the lowest cost benefit including prior authorization, paying for all drugs through the pharmacy benefit, prohibitions on “white bagging,”11 and delegating policy making to MCOs.