Almost all covered workers have coverage for prescription drugs. Over the years that we have conducted the survey, coverage for prescriptions has become more complex as employers and insurers expanded the use of formularies with multiple cost-sharing tiers as well as other management approaches. Collecting information about these practices is challenging and was burdensome to respondents with multiple plans to report on.

Beginning in 2016, to reduce burden on respondents, we revised the survey to ask respondents about the attributes of prescription drug coverage only in their largest health plan; previously, we asked about prescription coverage in their largest plan for each of the plan types that they offered. After reviewing the responses and comparing them to prior years where we asked about each plan type, we find that the information we are receiving is quite similar to responses from previous years. For this reason, we will continue to report our results for these questions weighted by the number of covered workers in responding firms. There is a more detailed discussion in the survey design and methods section on this topic.

In addition, because of the significant policy interest in access to and the cost of specialty drugs, in 2016 we also began asking employers to report separately about the cost sharing for tiers that cover only specialty drugs. In cases in which a tier covers only specialty drugs, we report its attributes under the specialty banner, rather than as one of the standard tiers. This entails revising the way we group formulary tiers: for example, a three-tier formulary where the third tier covers exclusively specialty drugs is now consider a two-tier plan with an additional tier. This approach allows us to report on the cost sharing for specialty drugs regardless of the number of tiers in the formulary. For this reason, we are not presenting statistical comparisons of estimates relying on tiers to prior years.31 This change is also discussed more fully in the survey design and methods section. 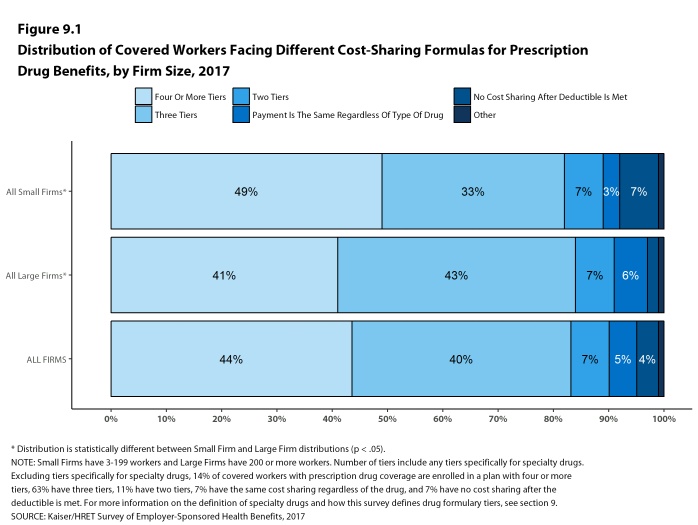 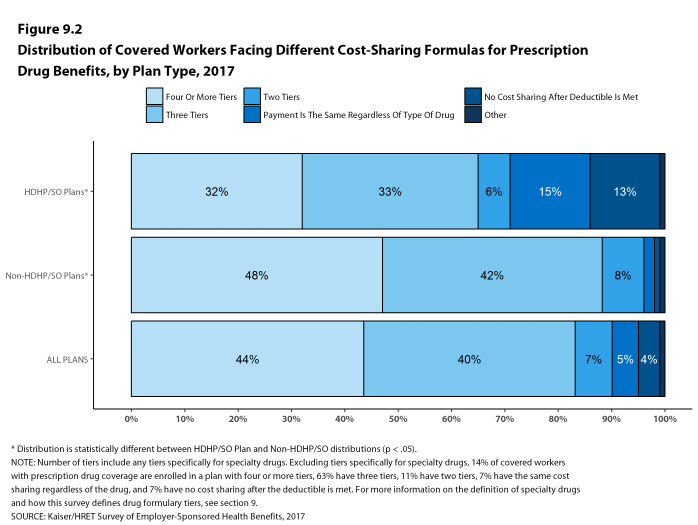 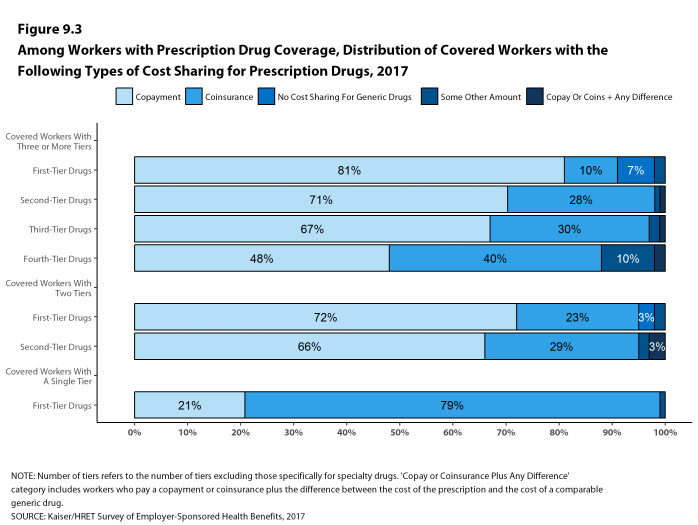 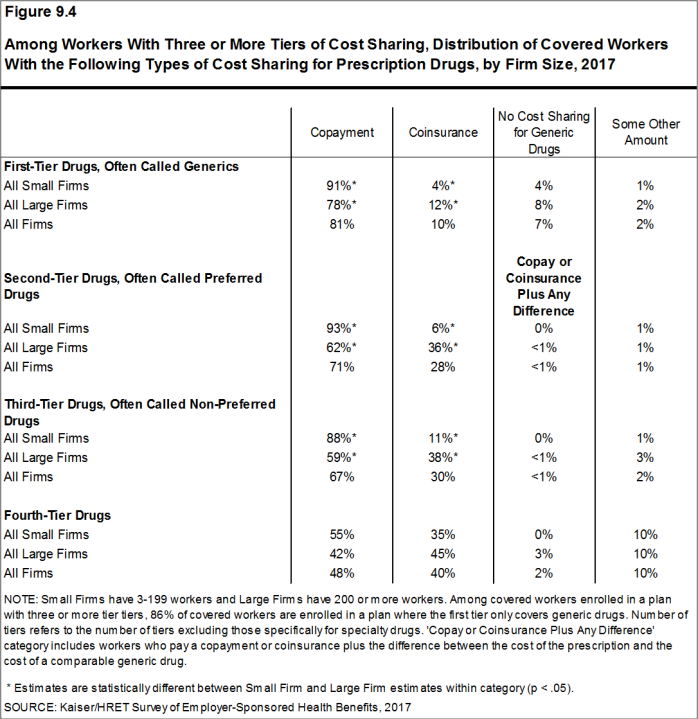 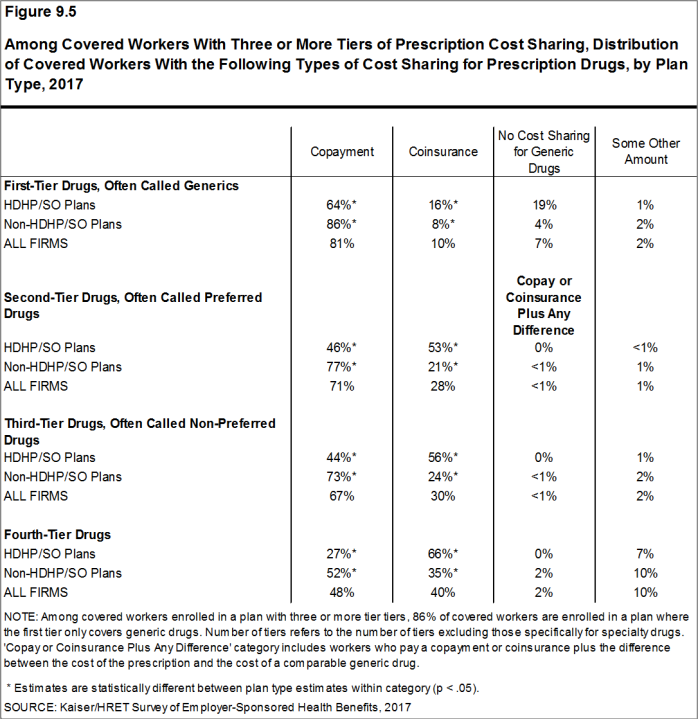 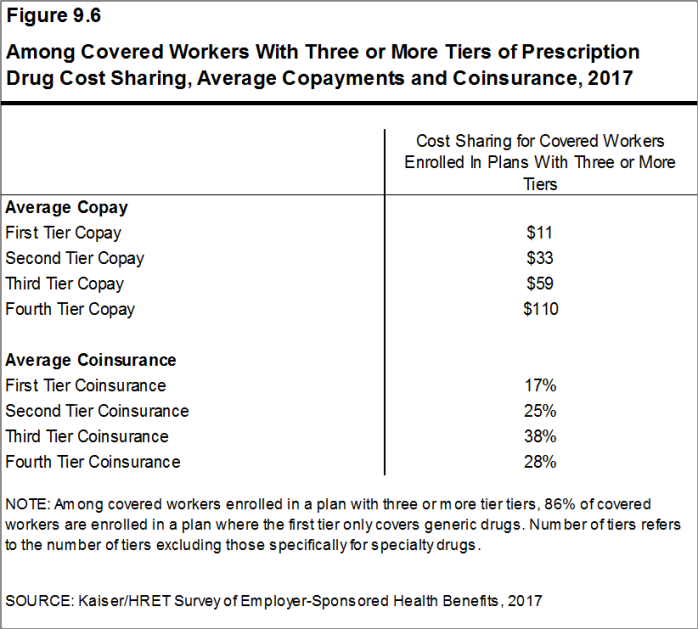 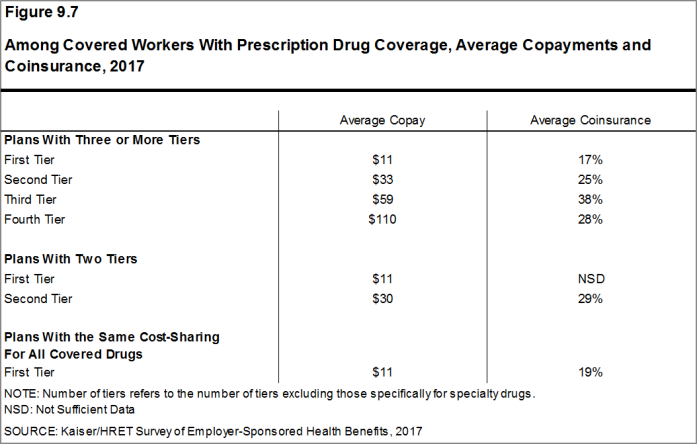 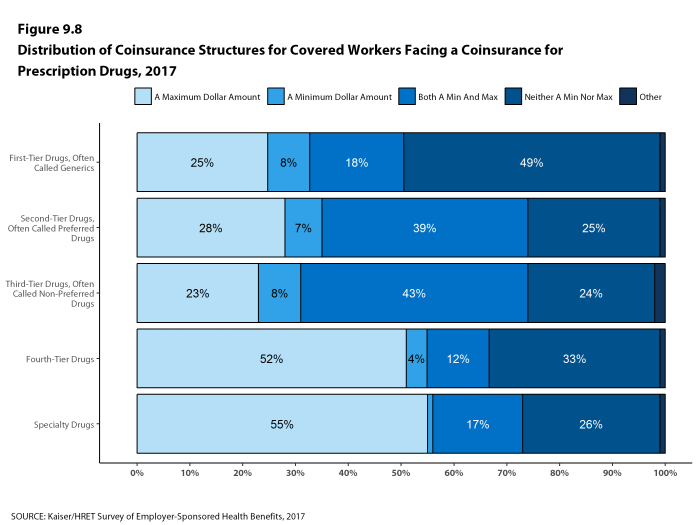 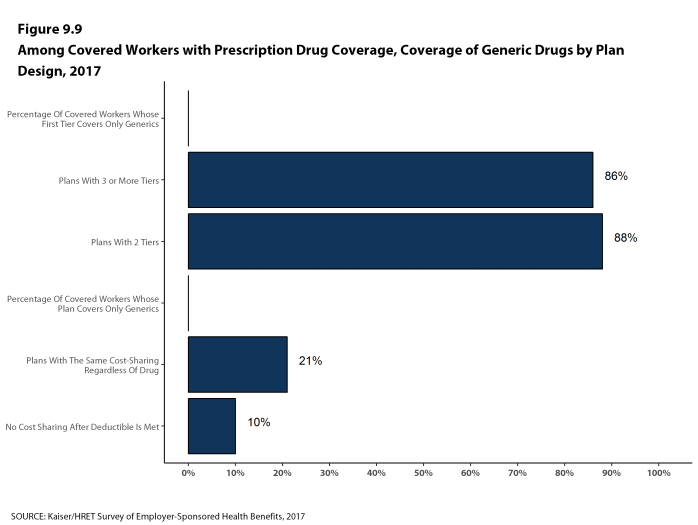 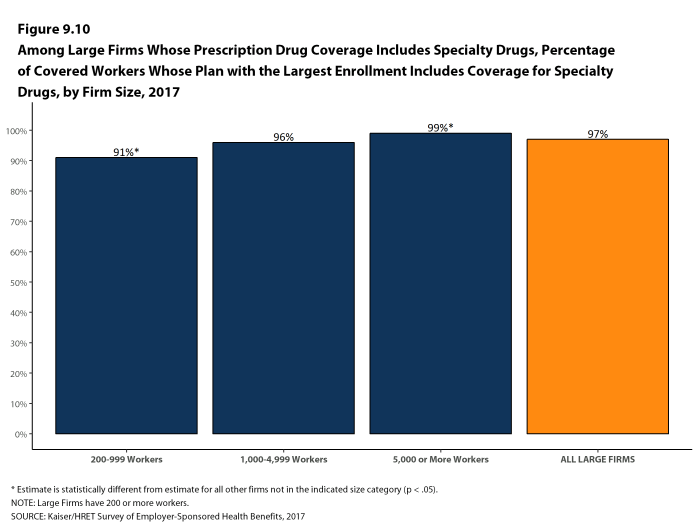 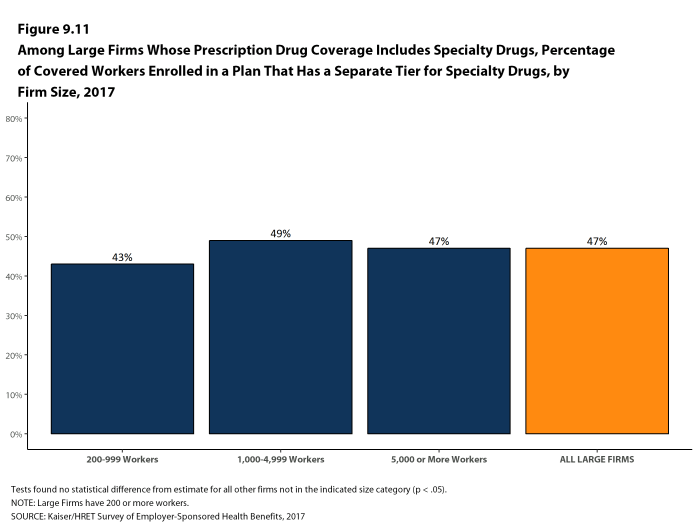 Figure 9.11: Among Large Firms Whose Prescription Drug Coverage Includes Specialty Drugs, Percentage of Covered Workers Enrolled in a Plan That Has a Separate Ties for Specialty Drugs, by Firm Size, 2017 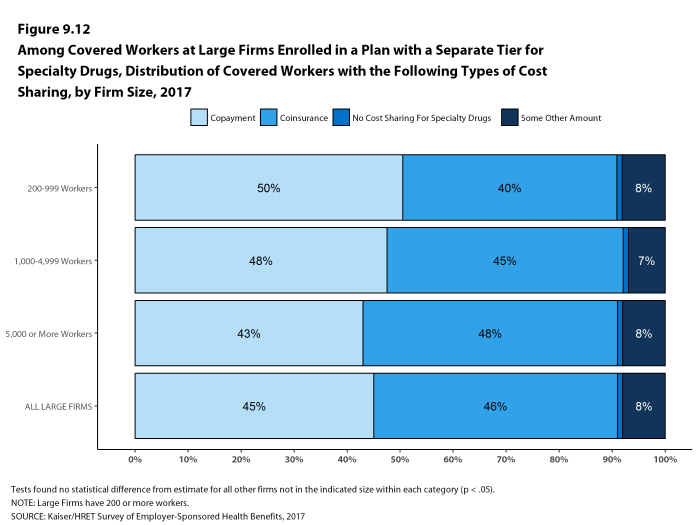 Figure 9.12: Among Covered Works at Large Firms Enrolled in a Plan with a Separate Tier for Specialty Drugs, Distribution of Covered Works with the Following Types of Cost Charing, by Firm Size, 2017

Figure 9.13: Among Covered Workers at Large Firms Enrolled In a Plan With a Separate Tier for Specialty Drugs, Average Copayments and Coinsurance, by Firm Size, 2017 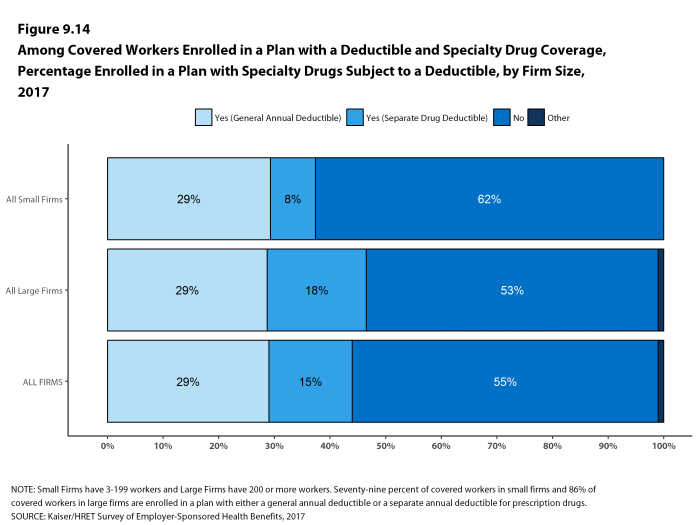 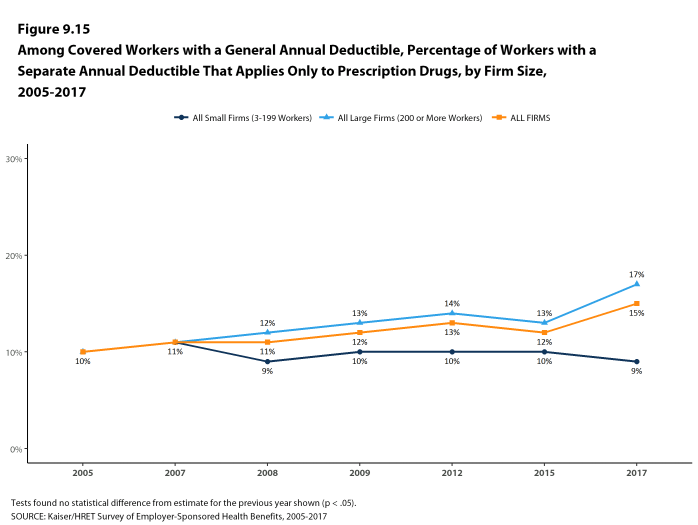