Many firms, particularly larger firms, choose to pay for the health services of their workers directly from their own funds rather than by purchasing health insurance for them. This is called self-funding. Federal law (the Employee Retirement Income Security Act of 1974, or ERISA) exempts self-funded plans established by private employers from most state insurance laws, including reserve requirements, mandated benefits, premium taxes, and consumer protection regulations. Sixty percent of covered workers are in a self-funded health plan. Self-funding is common among larger firms because they can spread the risk of costly claims over a large number of workers and dependents.

Many firms with self-funded plans also use insurance, often called stoploss coverage, to limit their liability for very large claims or an unexpected level of expenses. About three-fifths of covered workers in fully or partially self-funded plans are in plans with stoploss insurance. 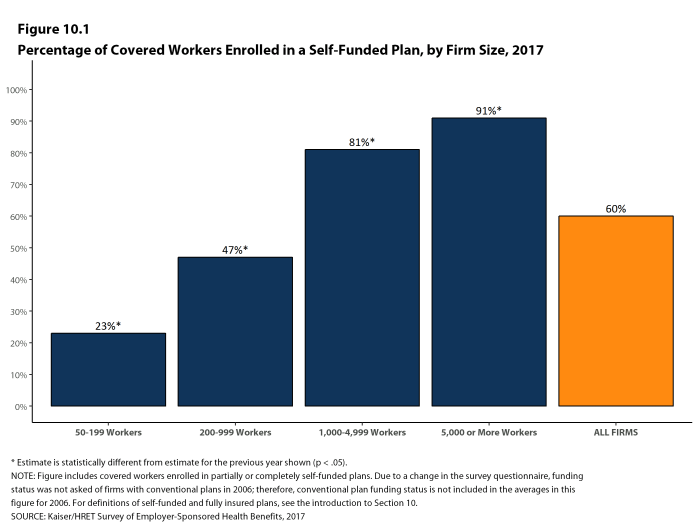 Figure 10.1: Percentage of Covered Workers Enrolled In a Self-Funded Plan, by Firm Size, 2017 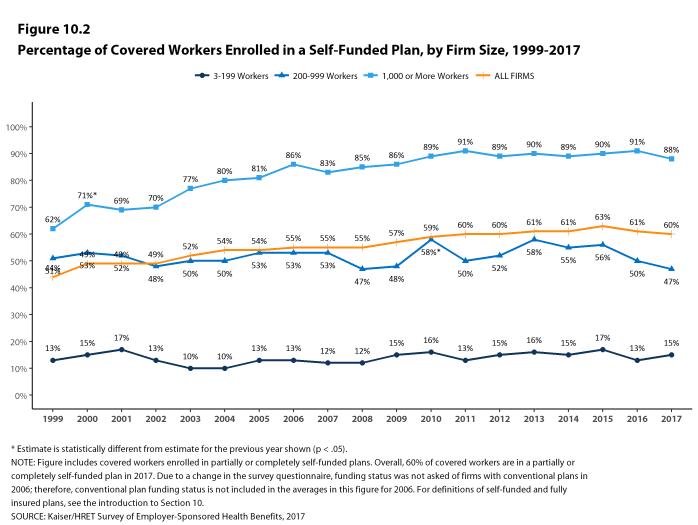 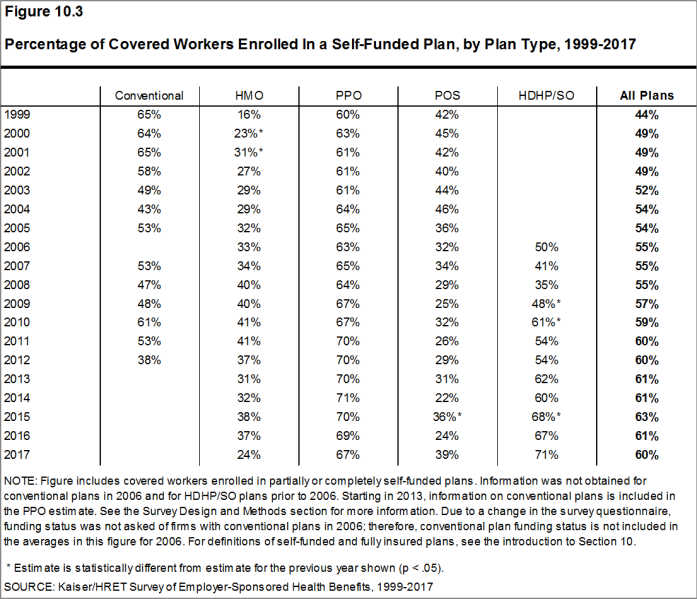 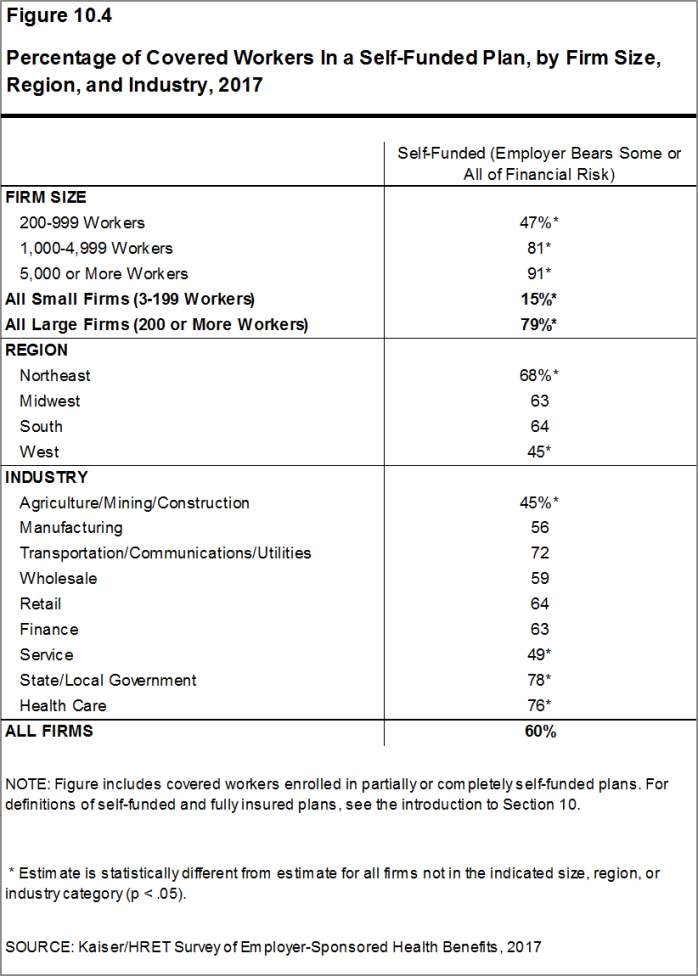 Figure 10.4: Percentage of Covered Workers In a Self-Funded Plan, by Firm Size, Region, and Industry, 2017

Figure 10.5: Percentage of Covered Workers Enrolled In a Self-Funded Plan, by Plan Type and Firm Size, 2017 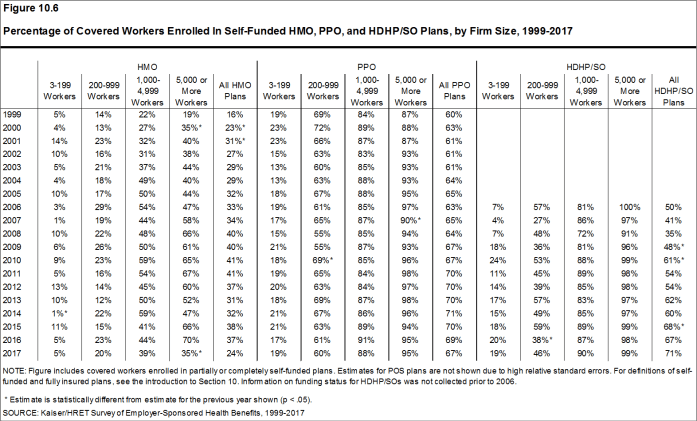 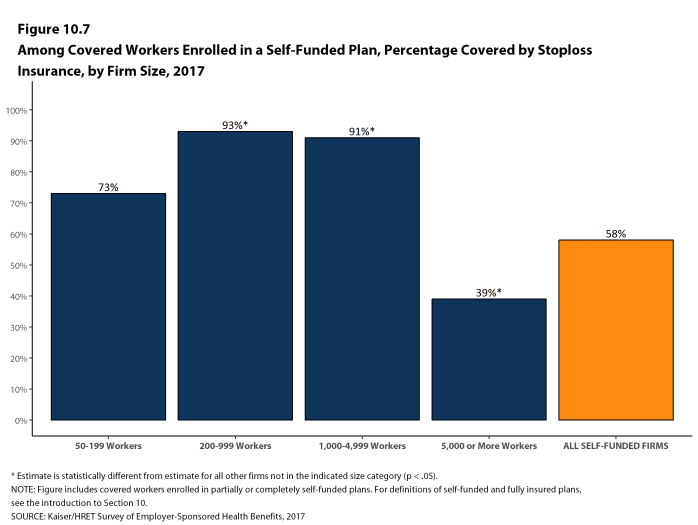 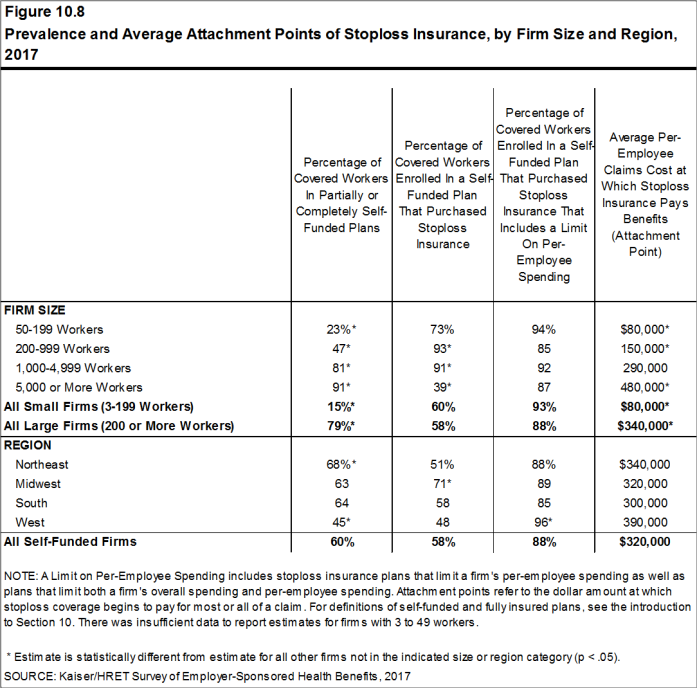 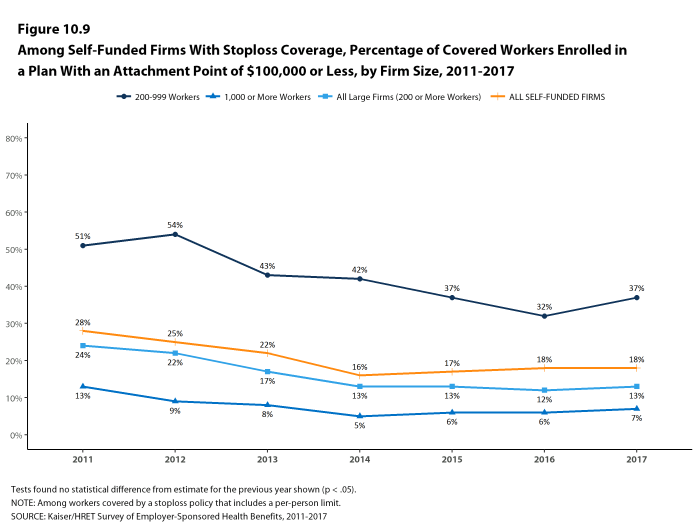 Figure 10.9: Among Self-Funded Firms With Stoploss Coverage, Percentage of Covered Workers Enrolled In a Plan With an Attachment Point of $100,000 or Less, by Firm Size, 2011-2017 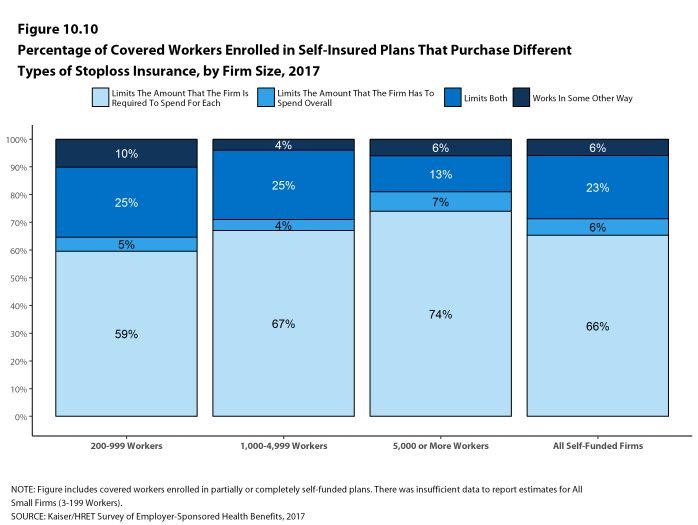 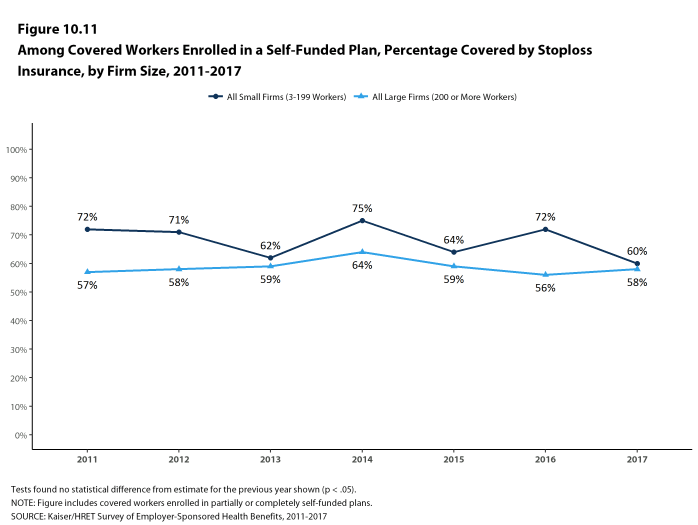