Section 2: How Many Assisters Are There and How Many People Did They Help? 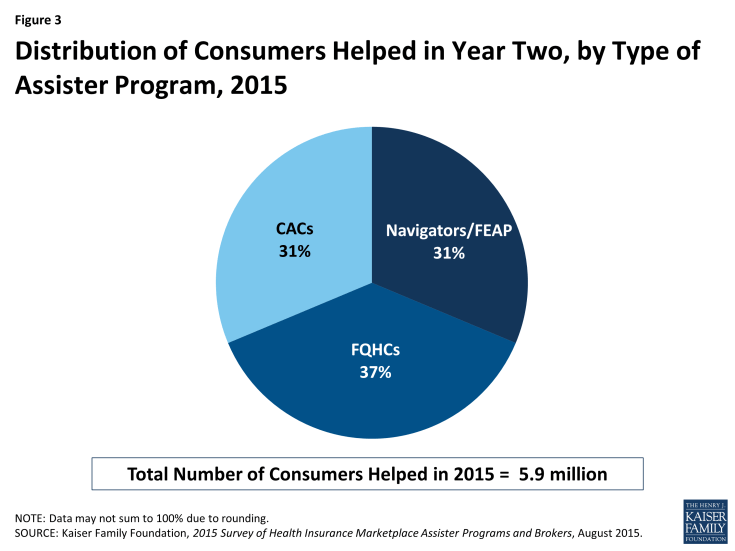 Figure 3: Distribution of Consumers Helped in Year Two, by Type of Assister Program, 2015 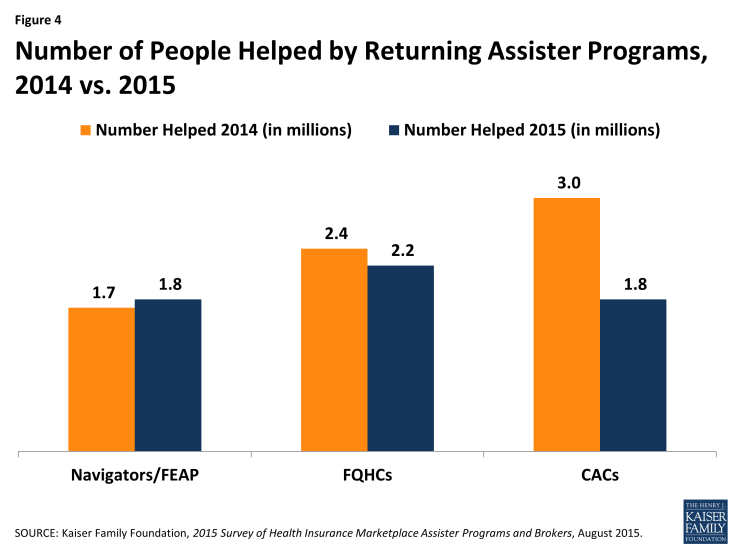 Even within Program types, however, there was also variation in the number of people helped in year two vs. year one. For example, 40% of returning Navigator Programs helped more people this year compared to last year, as did 30% of returning CACs. (Figure 5) 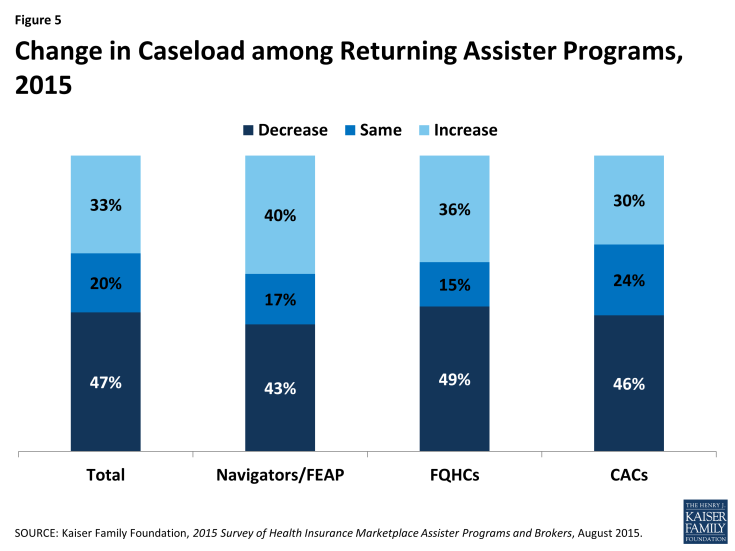 A number of differences between the first and second Open Enrollment periods could have affected the numbers of consumers helped, such as:

Our national estimate of 5.9 million consumers helped by Assister Programs this year cannot be compared to our estimate of the total number helped during the first Open Enrollment Period due to changes in the way the question was asked. However, returning Assister Programs were asked separately this year to compare the number of people they helped during the first and second Open Enrollment periods. Estimates based on those responses are not impacted by the survey method changes. The responses by returning assisters suggest a 19 percent decline in number of people helped this year, compared to last year.

Consumer Assistance resources continue to be unevenly distributed across Marketplaces. Forty-seven percent of all Assisters nationwide worked in the 16 states and the District of Columbia with a SBM and 53% worked in the 34 states with a FFM or FPM, while 29% of the uninsured in 2014 resided in SBM states and 71% lived in FFM or FPM states. (Figure 6) As a result FFM and FPM states, on average, have fewer than half the number of Assisters per 10,000 uninsured compared to SBM states. A similar distribution was observed during year one. (Figure 7) 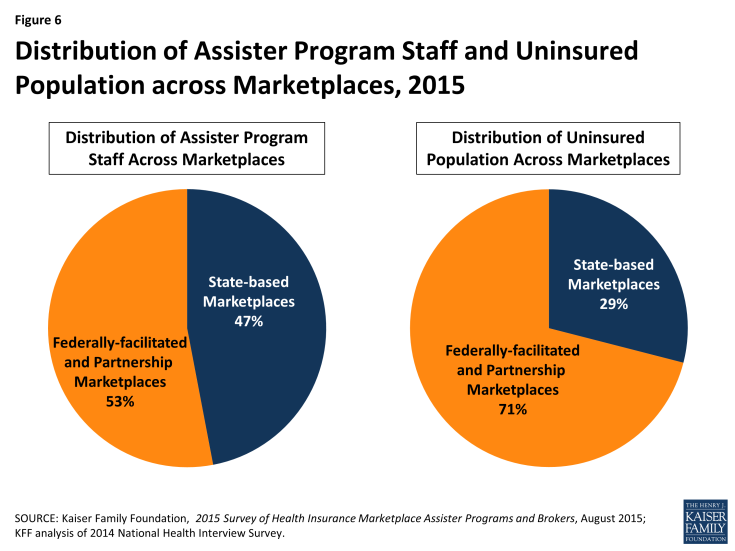 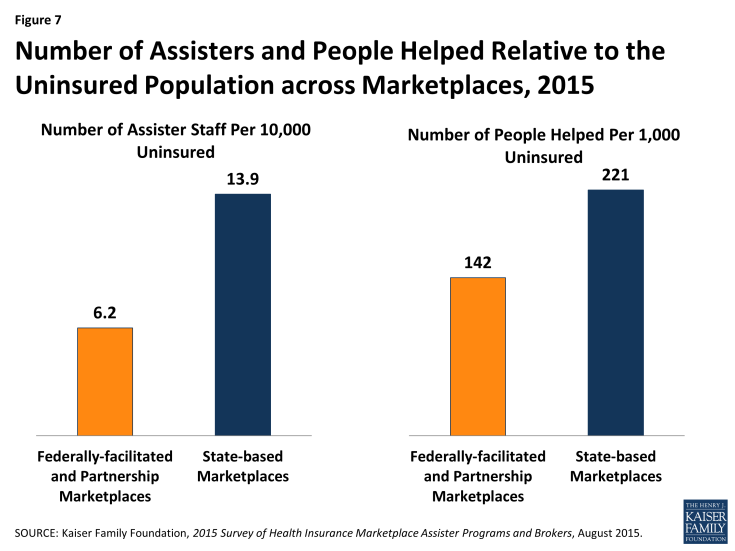 Figure 7: Number of Assisters and People Helped Relative to the Uninsured Population across Marketplaces, 2015