Once again, most Assister Programs that help people enroll in the Marketplace are not funded by Marketplaces. Navigators, which are funded directly by the Marketplace, comprise about 14% of total Programs. Assister Programs in FQHCs, primarily supported by HRSA grants, comprised another 25% and CAC Programs were 61%. Mostly CACs are voluntary Programs, supported by their sponsoring non-profit organizations, foundations, and other sources. Marketplaces are required to recognize and certify qualified CACs, but are not required to provide them financial support.  (Figure 1) This distribution of Assister Program types is somewhat different from that during the first Open Enrollment period, and includes a larger proportion of CACs, largely because of a reclassification of Assister Program types in California.1 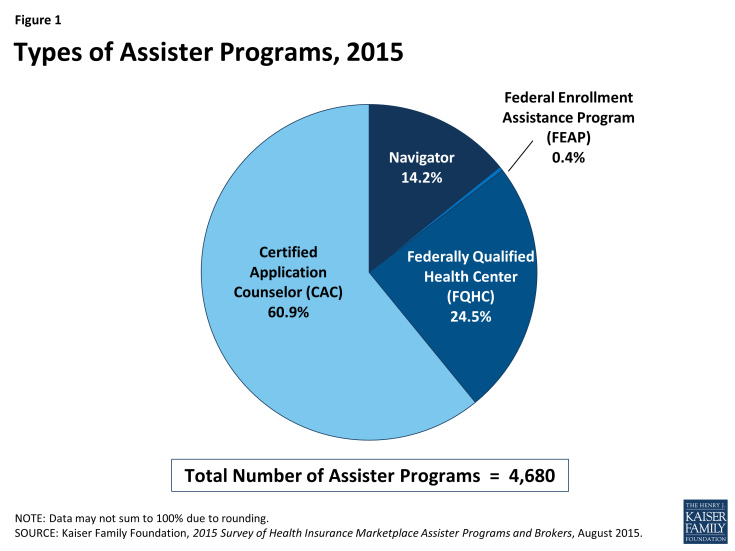 Most Assister Programs served specific geographic or population-based communities. Fourteen percent of all Programs operated in a statewide service area, the same proportion as in year one. However, the number of Navigator Programs operating statewide increased to 26% in year two (compared to 17% in year one). This could be attributable to funding requirements that encourage statewide coverage.

Assister Programs varied in size and in the number of consumers they helped. Most Programs have a small staff; 68% have five or fewer full-time-equivalent (FTE) staff, either paid or volunteer, while only 6% of Programs have more than 20 FTE staff. CACs were more likely to have small staff, with 71% of such Programs reporting five or fewer FTE staff, compared to 56% of Navigators. CACs were also more likely to rely primarily on volunteers (19% vs. 4% for other Program types.) These results are similar to year one.

Navigators were more likely to receive most of their funding from the Marketplace, while FQHCs relied more heavily on grants from HRSA. CACs were most likely to rely on re-programmed resources from their sponsoring organization or from other sources of private sector support.

Assister Programs engaged in a range of activities during Open Enrollment. Virtually all Programs provided eligibility and enrollment assistance, helping consumers apply for private health insurance and subsidies or for Medicaid and CHIP. Eighty percent of Programs also provided outreach and education to consumers. Beyond outreach and enrollment support, nearly 80% of Programs assisted consumers with post-enrollment questions and problems. Additionally, almost 6 in 10 helped consumers appeal Marketplace eligibility decisions, and new this year, more than 6 in 10 Programs helped consumers with ACA tax-related questions. (Table 3)

These percentages were similar to those reported last year; however, more Assister Programs this year reported helping consumers apply for exemptions from the individual mandate (61% this year vs. 50% last year).

Most Programs returned to help consumers for a second year, and almost half of those experienced changes in their staff size and budget. This year 91% of responding Programs said they had also provided consumer assistance during the first Open Enrollment period. Roughly half said their budget and staff size in year two were about the same as in year one. About one-in five Programs grew while about one-in-four experienced declines in their staff or budget. (Figure 2) 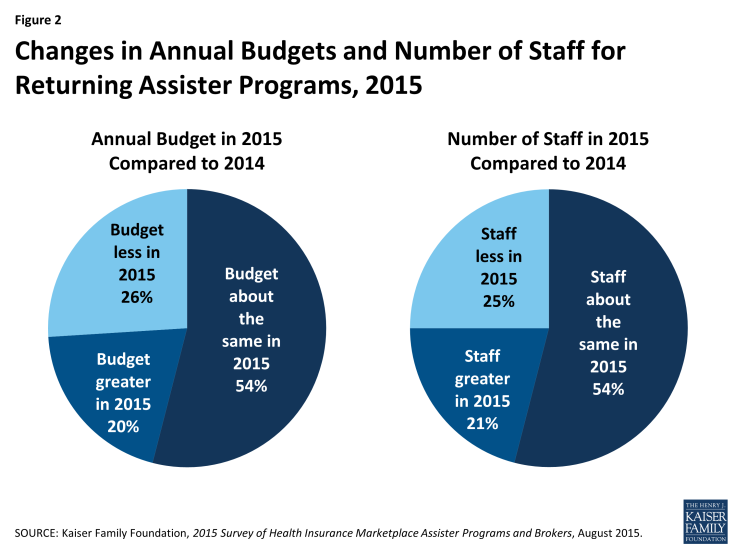 Figure 2: Changes in Annual Budgets and Number of Staff for Returning Assister Programs, 2015

Executive Summary Section 2: How Many Assisters Are There and How Many People Did They Help?