Section 3: Why Did Consumers Seek Help?

Lack of understanding of the ACA and health insurance motivated many consumers to seek assistance. Like last year, three-quarters of Assister Programs reported consumers sought help because they didn’t understand the ACA, didn’t understand health insurance, or lacked confidence to apply for coverage and financial assistance on their own. Overwhelmingly these were the top three reasons cited by Assister Programs last year and this year.

With millions of consumers returning to the Marketplace in year two to renew or change coverage, Assister Programs were less likely this year than last year to cite Marketplace website glitches as a major factor leading consumers to seek help. But in similar numbers to last year, Programs reported that consumers needed help answering Marketplace questions about their households and income, about their eligibility for Medicaid, and about other tax related questions. Also this year, for the first time, more than 40% of Programs said most consumers they served needed help renewing their coverage or updating their application for financial assistance for year two. (Figure 8) 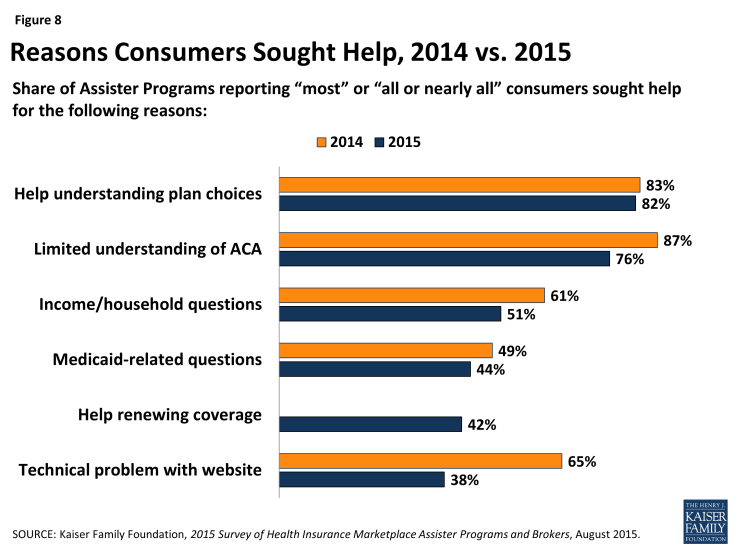 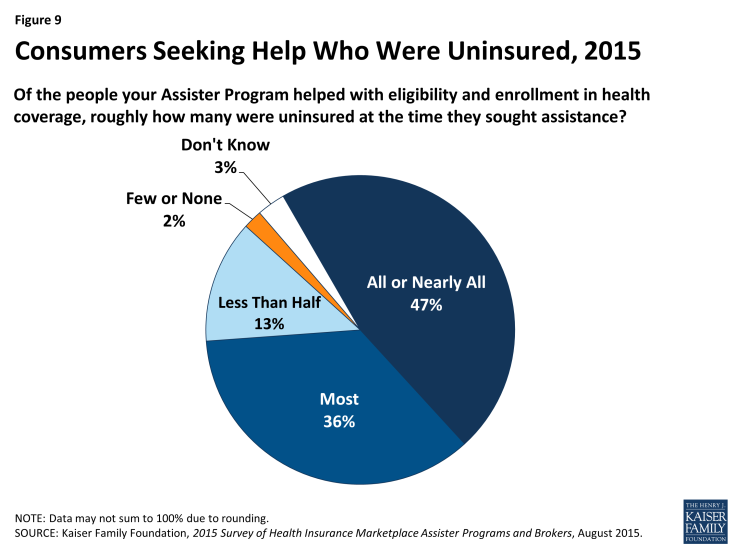 Most who sought help also had limited health insurance literacy. Unchanged from last year, 74% of Assister Programs said most to nearly all of their clients who shopped for or purchased private health plans needed help understanding basic insurance terms and concepts such as “deductible” and “in-network service.” (Figure 10 and Appendix Table A1) 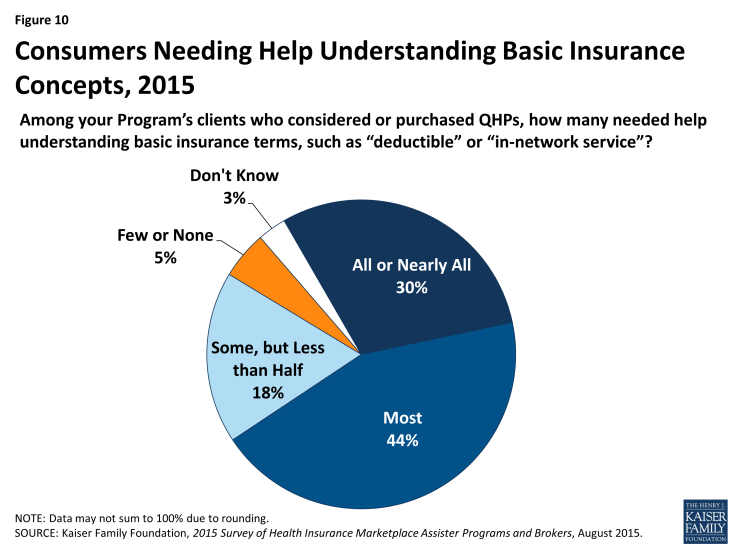 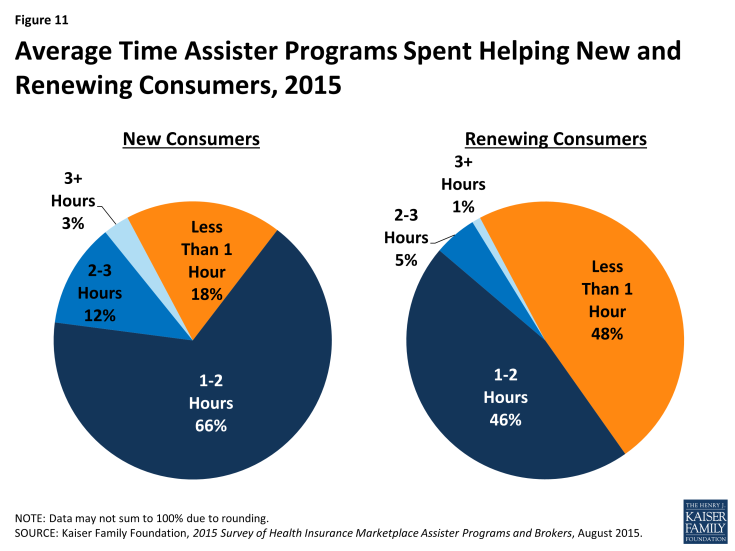 Eligibility and enrollment assistance is time-intensive. Similar to last year, about two-thirds of Assister Programs said it took one to two hours, on average, to help each consumer who was applying to the Marketplace for the first time. (Figure 11) However, there was a small increase in the number of Programs who said the average application took less than one hour, and a small decrease in the number reporting the average application took more than 2 hours. (Appendix Table A2) This uptick in appointments lasting less than an hour may reflect better functioning websites and more Assister experience using the application.

Appointment time efficiency gains appear to have been spent productively, with more Assisters able to complete the enrollment process with consumers this year, including selection of a health plan. Last year 61% of Assister Programs said they knew the plan choice outcome for most or nearly all consumers they helped. This year 71% said this was the case. (Figure 12) 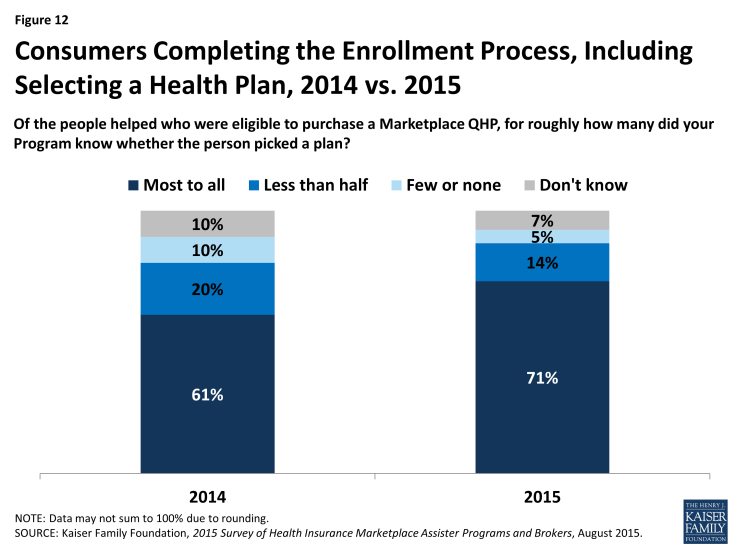 Figure 12: Consumers Completing the Enrollment Process, Including Selecting a Health Plan, 2014 vs. 2015

Consumers sought help with premium payment and invoicing problems, claims denials, and when their health providers were not in-network. Consumers also returned for help because they did not understand how to use their health coverage. (Figure 13) Most Assister Programs (69%) say they could help consumers successfully resolve post-enrollment problems most of the time; 27% said they succeeded just some of the time and 4% said not very often. 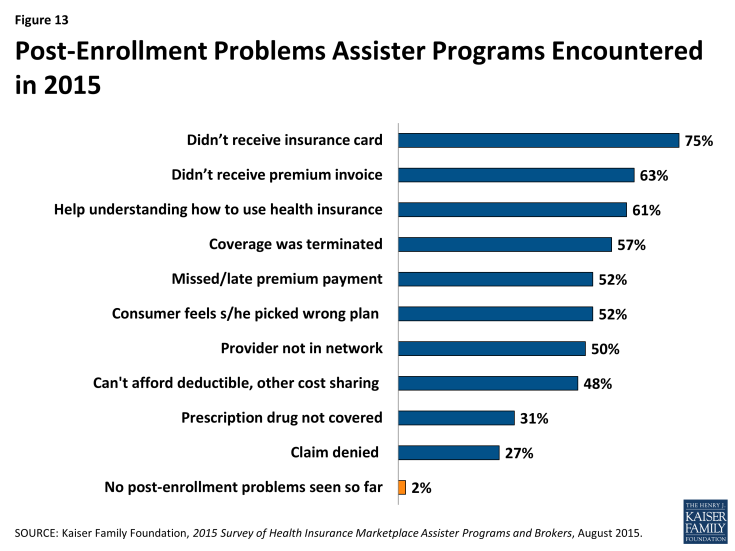 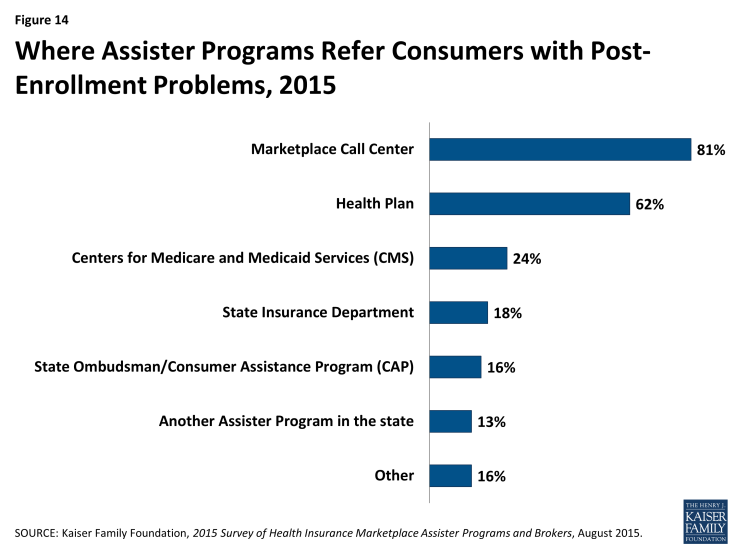 Section 2: How Many Assisters Are There and How Many People Did They Help? Section 4: Challenges Facing Assister Programs