As the new governor takes office and a new legislative session begins, health care is an important priority for California residents. Making health care more affordable ranks high on Californians’ list of overall priorities for the new governor and legislature to address, with 45 percent calling it an “extremely important” priority, ranking just behind improving public education (48 percent say this is “extremely important”) and just ahead of affordable housing (40 percent). [Figure 1]

While health care affordability ranks second on the priority list for both Democrats and independents (behind education for each group), it ranks lower for Republicans, whose top priority is immigration enforcement. [Figure 2]

The survey finds some areas of bi-partisan agreement when it comes to health care priorities in the state, and other areas where priorities differ for residents with different partisan identification. For example, mental health is an area of agreement: ensuring access to mental health treatment is seen as an extremely important priority by substantial shares of Democrats (54 percent), independents (46 percent), and Republicans (43 percent), and ranks in the top two health care priorities for each of these groups. There is less agreement between people of different political parties when it comes to some other priorities. For example, Democrats and independents are much more likely than Republicans to view ensuring access to insurance coverage as an “extremely important” priority (56 percent, 44 percent, and 21 percent, respectively). [Figure 4]

The ranking of most health care priorities is similar across income levels. However, those with lower self-reported incomes (below 200 percent of the federal poverty level) are more likely than those with higher incomes to say making sure there are enough doctors, nurses, and other health care providers across California should be extremely important for the state government to work on in 2019 (46 percent versus 33 percent). [Figure 5] 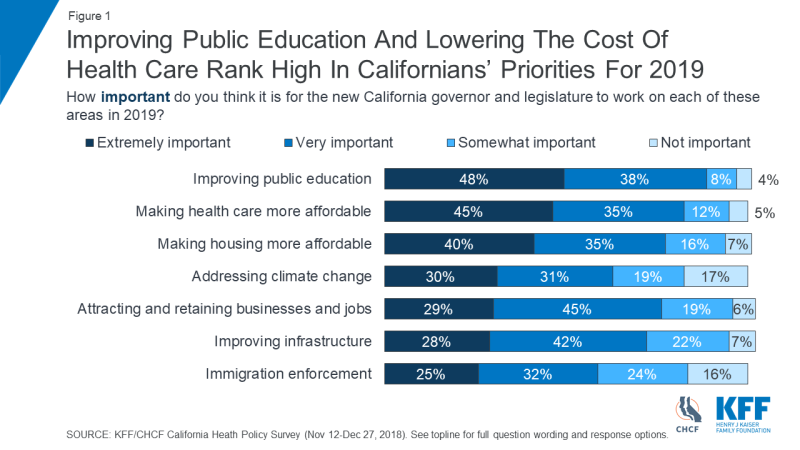 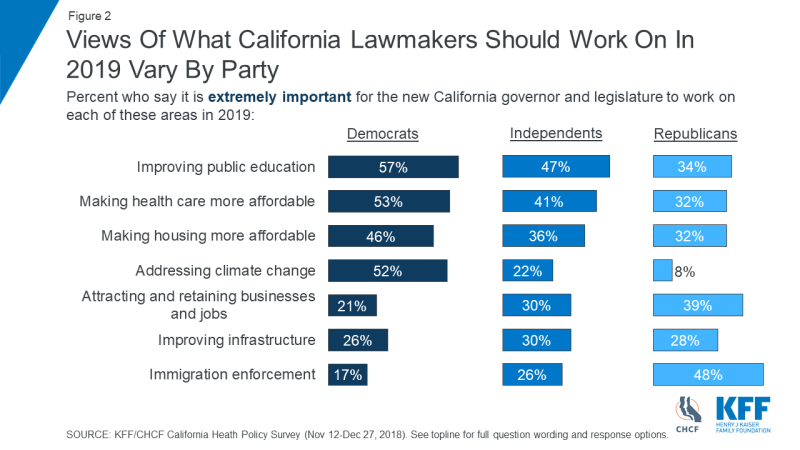 Figure 2: Views Of What California Lawmakers Should Work On In 2019 Vary By Party 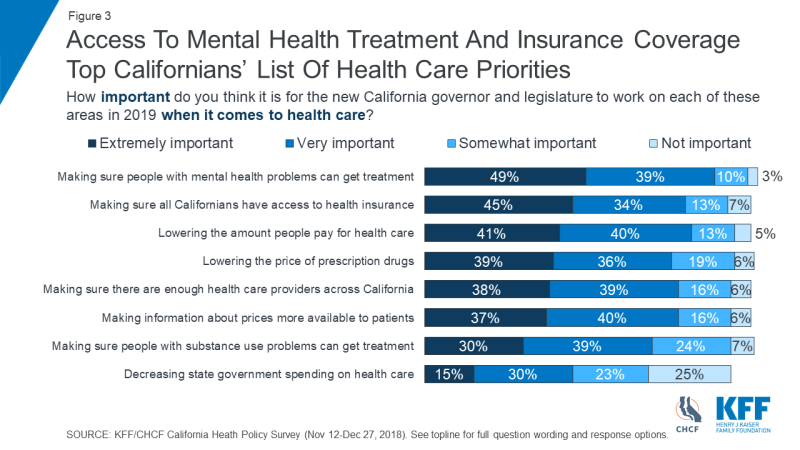 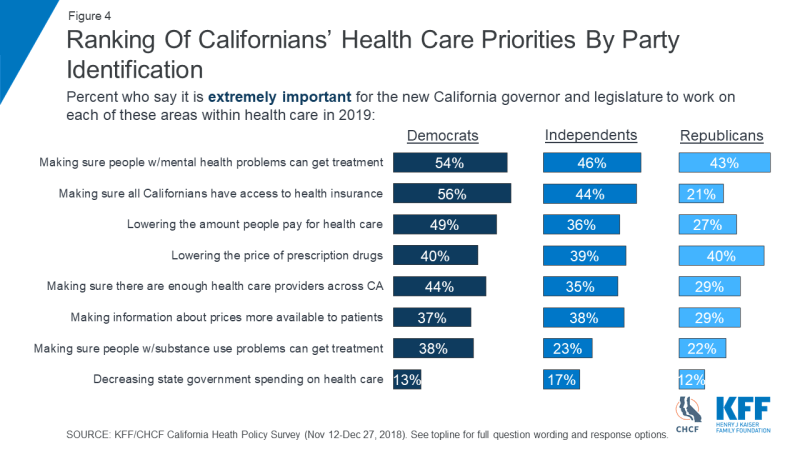 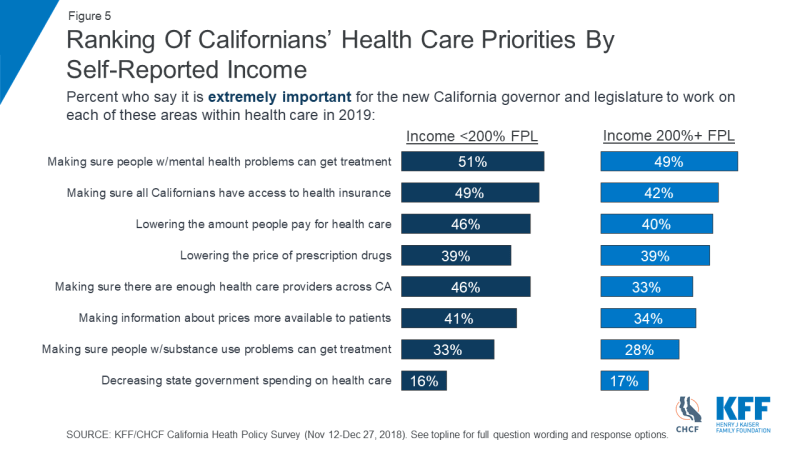