About three-quarters (77 percent) of Californians say that “making sure there are enough doctors, nurses, and other health care providers across California” should be an important priority for the state government to address, including 38 percent who call it an “extremely important” priority. About a third of California residents say their community doesn’t have enough primary care doctors (35 percent) or specialists (33 percent) to serve the needs of local residents, and about a quarter (27 percent) say it doesn’t have enough hospitals. [Figure 24]

People who are Black or Hispanic, those with lower incomes, as well as those living in the San Joaquin Valley and the Inland Empire are more likely than their counterparts to say their community lacks adequate numbers of providers. [Figure 25, Figure 26, and Figure 27] These responses are in line with data showing the distribution of both primary and specialty care providers is uneven across the state.1

There is broad support (including across parties) for the state government providing medical and nursing students with scholarships and financial help if they agree to work in areas of the state with provider shortages. [Figure 29] 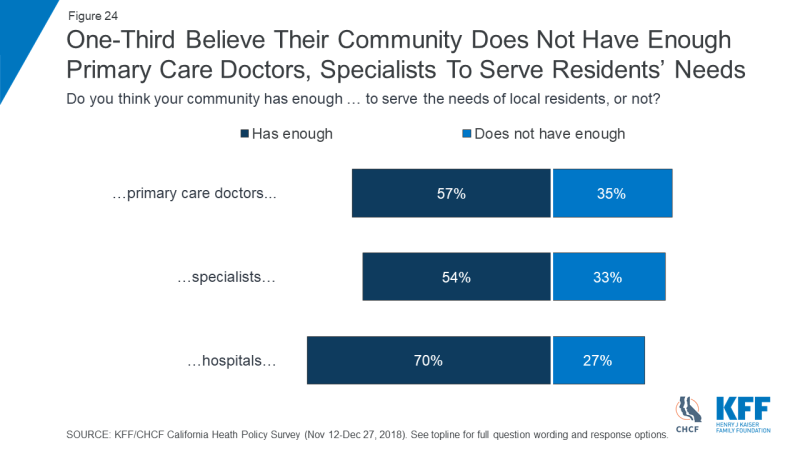 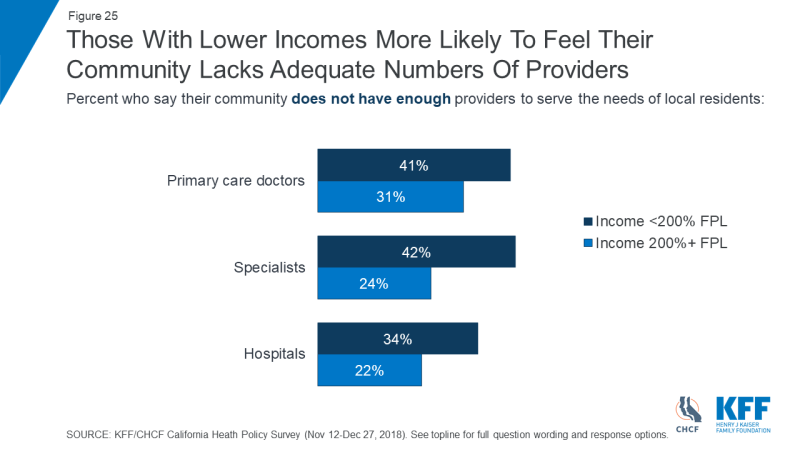 Figure 25: Those With Lower Incomes More Likely To Feel Their Community Lacks Adequate Numbers Of Providers 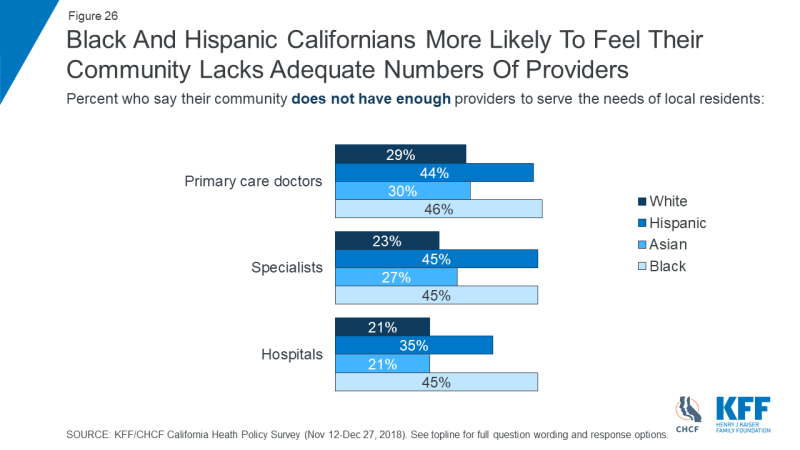 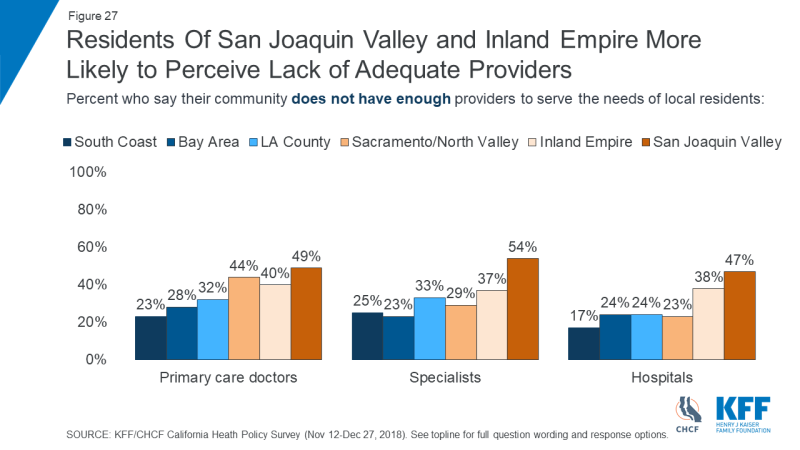 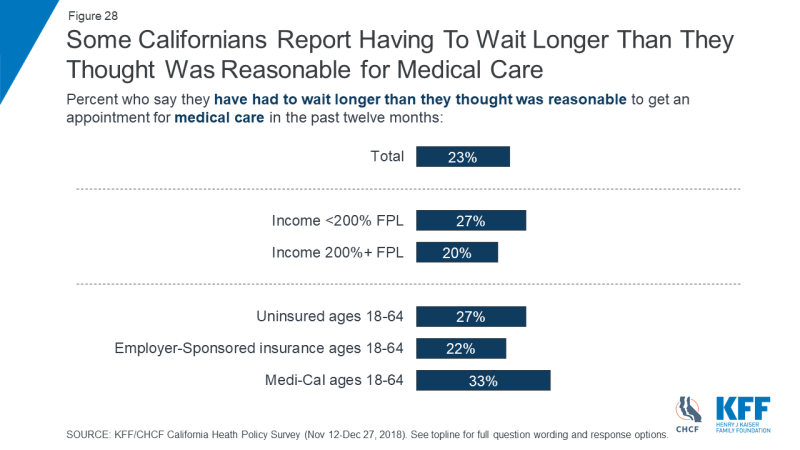 Figure 28: Some Californians Report Having To Wait Longer Than They Thought Was Reasonable for Medical Care 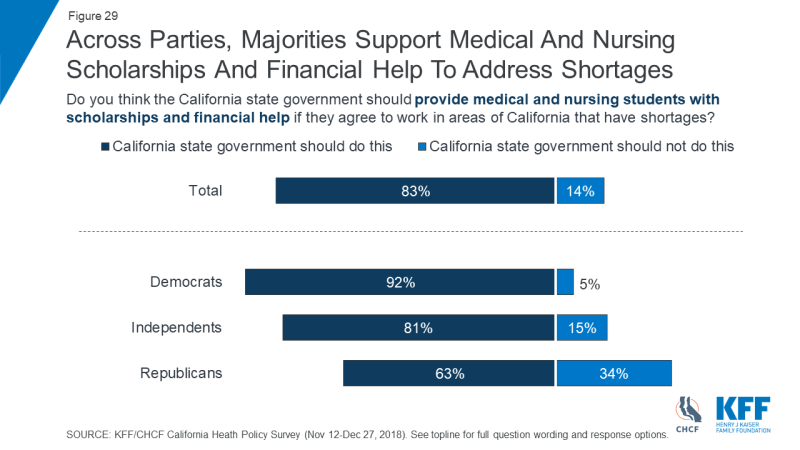