Section 5: How Do Non-Group Enrollees Feel About The ACA? 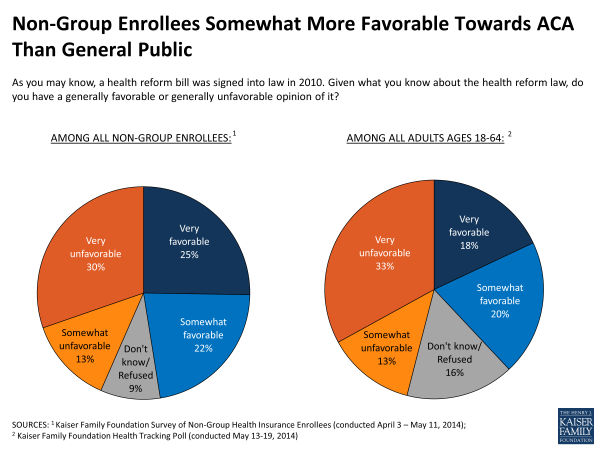 However, the average above masks some differences within the non-group market. Majorities have a favorable view of the ACA among those with Exchange plans (58 percent) and those who were previously uninsured (53 percent). On the other side, majorities of those in non-compliant plans and those who switched from a non-compliant to a compliant one (the “plan switchers”) express an unfavorable view of the law (52 percent and 53 percent, respectively). 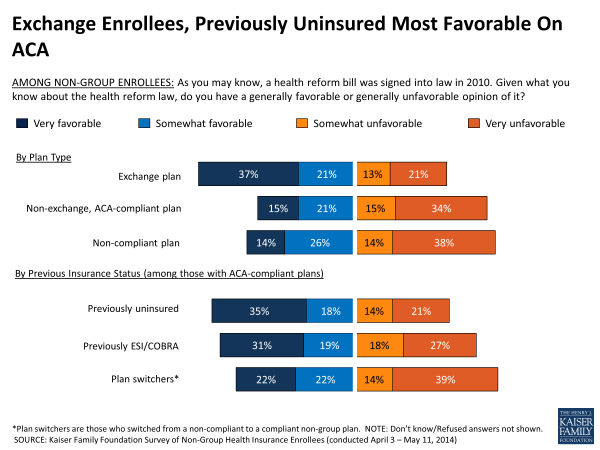 As has been the case nationally since the passage of the ACA, partisanship plays a major role in people’s views of the ACA among those in the non-group market as well, with a large majority of Republicans (78 percent) expressing an unfavorable view of the law, a large majority of Democrats (69 percent) expressing a favorable view, and independents almost evenly split (44 percent favorable, 48 percent unfavorable). 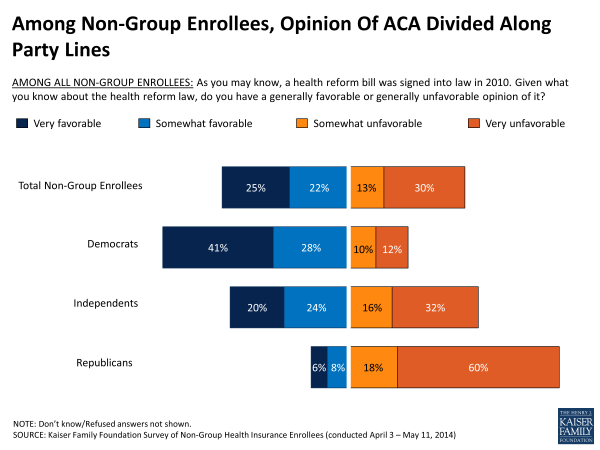 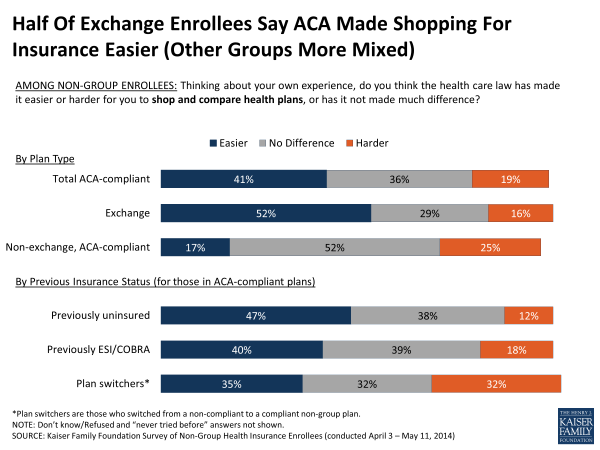 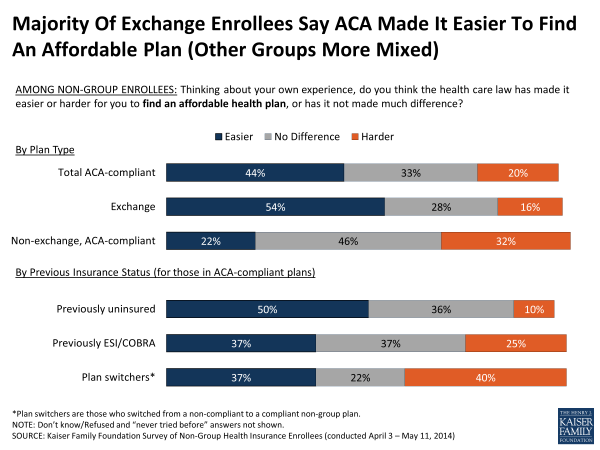 When asked about the overall impact of the ACA on their own families, similar shares of non-group enrollees report that they’ve benefited (34 percent) and been negatively affected (29 percent) by the law. Among the 34 percent who report benefiting, the main ways in which they feel the law has helped them are lower costs and expanded access to care and insurance. The 29 percent who feel they’ve been negatively affected are most likely to cite increased costs, followed far behind by a range of concerns like opposition to the individual mandate, cuts to benefits or choices, and policy cancellations. 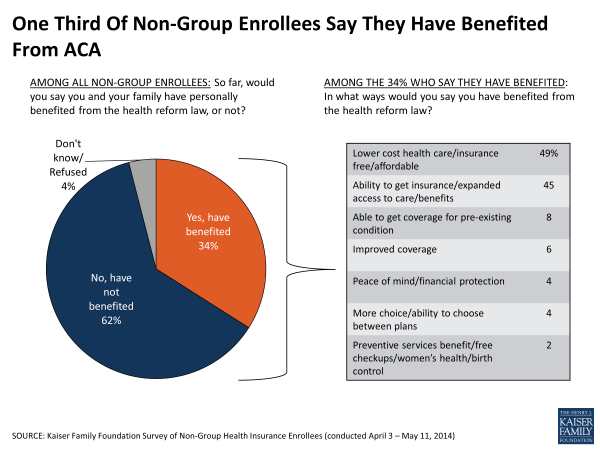 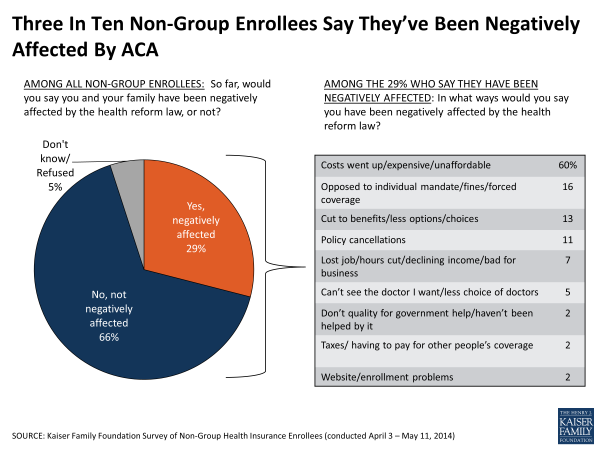 Again, these averages mask some important differences within the non-group market. Those most likely to feel their families have benefited from the law include those with Exchange plans who report receiving government subsidies (60 percent), Exchange enrollees overall (54 percent), and the previously uninsured (50 percent). Those most likely to say the law has had a negative impact on their families include those who report experiencing a coverage cancellation in the past 12 months (57 percent), those who purchased ACA-compliant plans outside the Exchanges (48 percent), and the “plan switchers” who previously had other non-group coverage and are now in a compliant plan (47 percent). 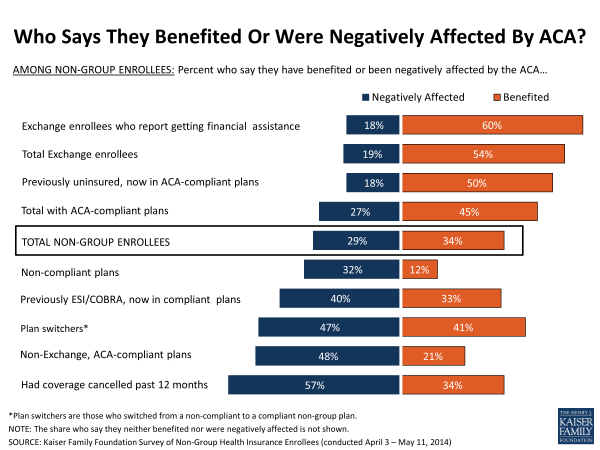 Section 4: The Process Of Shopping For And Obtaining Coverage Conclusion and Implications