Section 3: How Assistance was Distributed Across State Marketplaces 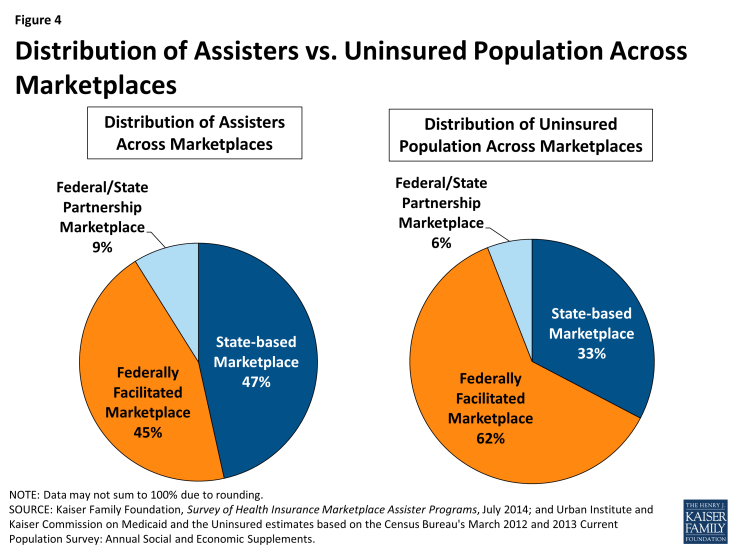 Figure 4: Distribution of Assisters vs. Uninsured Population Across Marketplaces

As a result, FFM states, on average, had about half the number of Assisters per 10,000 uninsured compared to FPM states and SBM states (Figure 5). 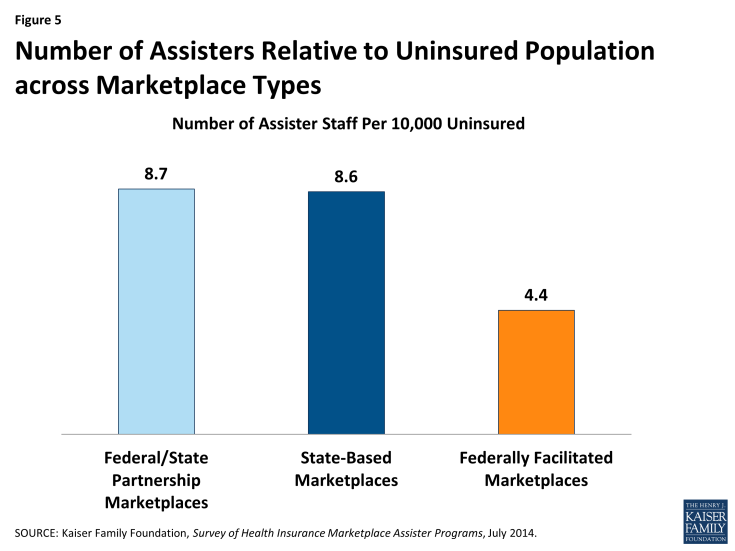 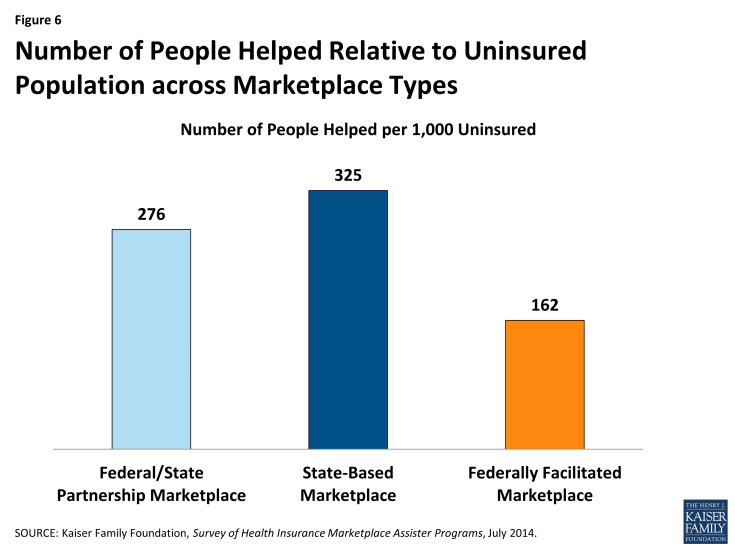 Section 2: How Many Assisters Are There and How Many People Did They Help? Section 4: Why Did Consumers Seek Help?