The vast majority (84%) of Assister Programs say they will continue operating this year after Open Enrollment has closed (Figure 18). People eligible for Medicaid and CHIP can enroll throughout the year, and enrollment in small group health plans is also open to small businesses year round.  In addition, millions will qualify for Special Enrollment Periods (SEP) enabling them to enroll in plans outside of Open Enrollment.1 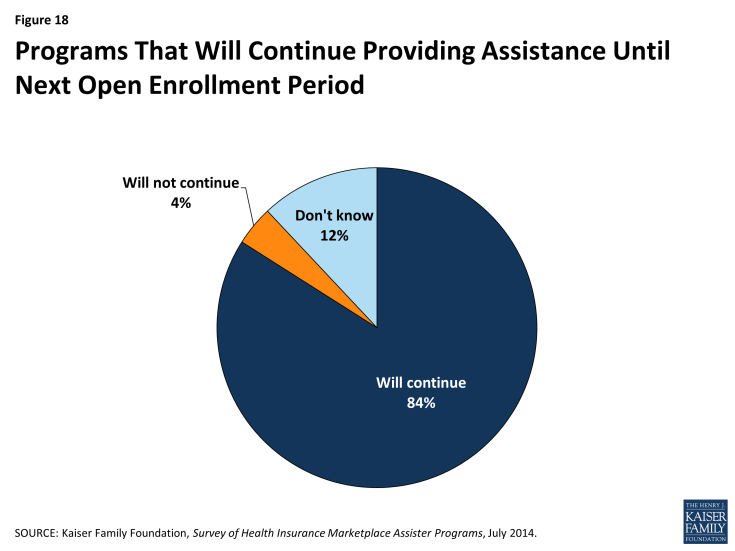 Figure 18: Programs That Will Continue Providing Assistance Until Next Open Enrollment Period

Three-quarters of Programs say it is very likely they will continue offering consumer assistance in the next Open Enrollment Period and into 2015 (Figure 19). This seems to vary based on Programs’ perception of their funding continuity.  For example, nearly 90% of FQHCs say they’ll likely continue working next year (Appendix Table 6). HRSA enrollment assistance funds to FQHCs will be ongoing and have been built into health center budgets.   FEAPs signed a two-year contract with CMS, though CMS has until later this summer to exercise the option for the second year and had not yet done so when this survey was fielded.  CMS announced the availability of funding for FFM Navigators after this survey had closed.  At that time, a number of state based Marketplace funding decisions for 2015 were also still pending. 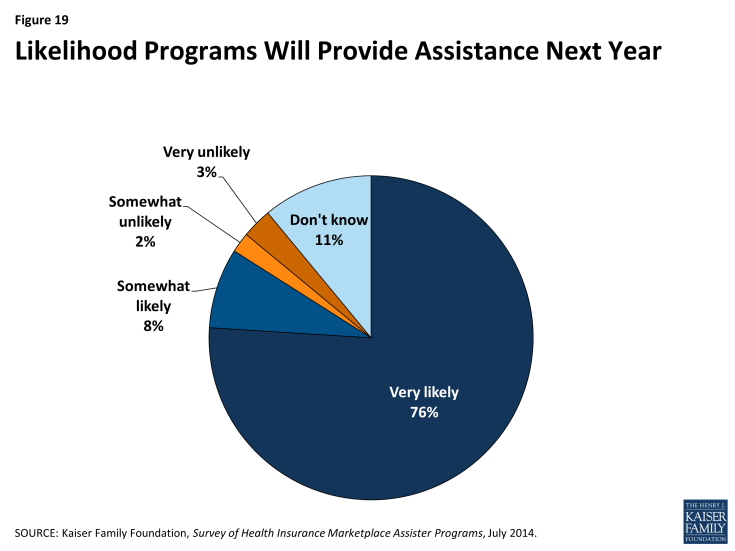 Among Programs reporting they were likely to continue operating, 65% say they expect nearly all of their paid staff and volunteers to continue (Appendix Table 7). This suggests some Assister Programs will need to engage in significant new hiring and certification of staff before the fall.  But it also reveals the establishment of a new foundation of assistance capacity in many Programs that, if built upon, can develop into a profession of individuals who understand what consumers need and have the expertise to help them get it.