Medicaid is a key source of coverage for seniors and people with disabilities, including those who need long-term services and supports (LTSS) to meet daily self-care and independent living needs. Many of the Medicaid eligibility pathways that are based on old age or disability, and nearly all home and community-based services (HCBS), are offered at state option, resulting in variation among states. Waivers continue to be the primary way that states expand financial eligibility and offer HCBS benefit packages to seniors and people with disabilities.

Unlike Medicaid state plan authorities, which require states to cover (and provide federal matching funds for) everyone who meets the associated eligibility criteria, waivers allow states to limit the number of people served. States’ ability to cap HCBS waiver enrollment can result in waiting lists when the number of people seeking services exceeds the number of waiver slots available. More than three-quarters of states (41) reported a HCBS waiver waiting list in 2018 (the most current year for which data are available).1

Box 1:  ACA Expansion as an Eligibility Pathway for People with Disabilities5

The ACA Medicaid expansion includes – and provides a new coverage pathway for –people with disabilities and chronic conditions, some of whom previously were ineligible and may have been uninsured. Prior to the ACA, income limits for parents were very low, and there was no Medicaid eligibility pathway for childless adults. Many expansion adults have disabilities and/or chronic health conditions that may not rise to the stringent level required to establish eligibility for federal Supplemental Security Income (SSI) benefits. They also may have income and/or assets above the SSI limits: the maximum SSI benefit is about 74% of the federal poverty level (FPL, $794/month in 2021), and assets are limited to $2000. By contrast, the income limit for the expansion group is 138% FPL ($1,481/month for an individual), and there is no asset test. Other expansion group enrollees may qualify for Social Security Disability Insurance (SSDI) benefits but, without the ACA expansion pathway, could be uninsured during the required 24-month waiting period before they obtain Medicare eligibility. The benefit package for Medicaid expansion adults can include access to HCBS, such as home health or personal care state plan services. To the extent that these services meet the needs of expansion adults with disabilities or chronic conditions, these enrollees may choose not to pursue HCBS waiver coverage – and not join a waiver waiting list – because state plan coverage is available to them. 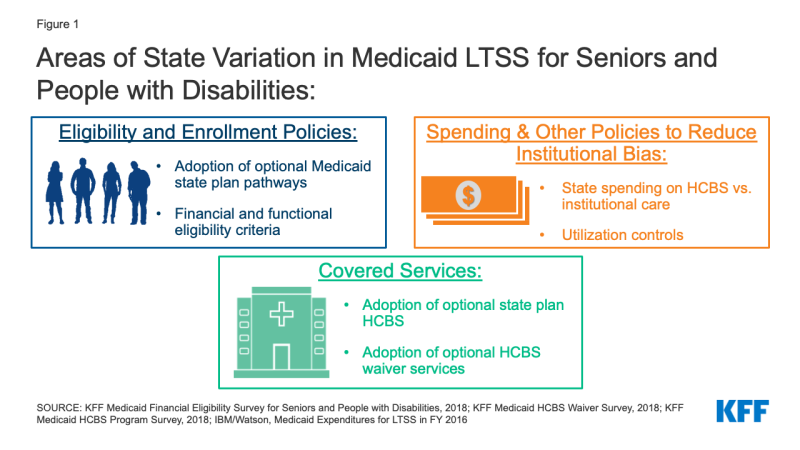 Figure 1: Areas of State Variation in Medicaid LTSS for Seniors and People with Disabilities

Spending and Other Policies to Reduce Institutional Bias

Understanding current state-level variation in Medicaid eligibility, spending, and services for seniors and people with disabilities is important to inform upcoming policy debates. President Biden during the campaign supported expanding Medicaid HCBS through legislative changes to eliminate waiver waiting lists. COVID relief legislation being discussed in Congress would provide a time-limited 7.35 percentage point increase in federal Medicaid matching funds for state spending on HCBS, to fund a variety of activities to expand access to HCBS and support direct care providers during the COVID-19 public health emergency. Policymakers also may consider legislation to end Medicaid’s historical institutional bias by making HCBS a mandatory benefit, a policy that has garnered more interest in the recent months, given COVID-19’s disproportionate impact on people in institutional settings.

Though Medicaid is serving as a safety net during the public health emergency and economic downturn, state budget shortfalls could make it challenging for states to maintain optional LTSS without additional federal fiscal support. The Families First Coronavirus Response Act provided states with a temporary 6.2 percentage point increase in federal Medicaid matching funds to support their COVID-19 response, provided that states provide continuous coverage for current enrollees and meet other maintenance of effort (MOE) requirements. Notably, a few states – all of which have adopted the ACA Medicaid expansion — reported plans to expand optional eligibility pathways based on old age or disability in FY 2021.13 Still, as the pandemic and economic downturn continue, states may be forced to look to cutting provider payments or eliminating optional benefits, without further fiscal relief. The Biden Administration has indicated that the PHE is expected to extend through 2021, which would ensure that states can continue to receive the FMAP bump and prevent states from scaling back optional eligibility pathways. The MOE prevents states from adopting eligibility standards more restrictive than those in effect on January 1, 2020, while states are receiving enhanced federal matching funds, although changes to optional benefits, cost-sharing (including for LTSS), and provider payments are permitted.

The Biden Administration can take a variety of administrative actions to support state Medicaid programs and ensure continued coverage for enrollees during the public health emergency. States are using various Medicaid emergency authorities to expand eligibility for seniors and people with disabilities, including those who need LTSS, during the pandemic, and the Biden Administration’s indication that the PHE declaration is likely to continue through 2021, ensures that these authorities remain available to states. Over half of states have expanded eligibility criteria for seniors and people with disabilities, while a few states have increased the total number of HCBS waiver enrollees served. Nearly all states have streamlined enrollment processes, and over one-third of states have eased premium and/or cost-sharing requirements for seniors and people with disabilities. After the public health emergency ends, the Biden Administration could encourage and work with states to incorporate policy changes to support coverage adopted during the pandemic into their regular Medicaid programs. CMS guidance issued in December 2020 specifically encourages states to identify any temporary authorities that increased HCBS access and make those changes permanent.