OBGYNs reported that affordability comes up commonly when talking to patients. Nine in ten OBGYNs said the issue of affordability always (11%), often (42%) or sometimes (38%) comes up when they recommend tests or treatment to their patients. Few said affordability came up rarely (7%) or never (1%).

Despite the topic of affordability arising frequently in patient-provider interactions, OBGYNs were not always aware of the out-of-pocket (OOP) costs patients were facing. When making diagnostic and treatment recommendations for patients, 14% said they were always aware of the magnitude of patients’ out of pocket costs. The rest said they were often (39%), sometimes (31%), rarely (13%) or never (2%) aware of these costs (Figure 25). 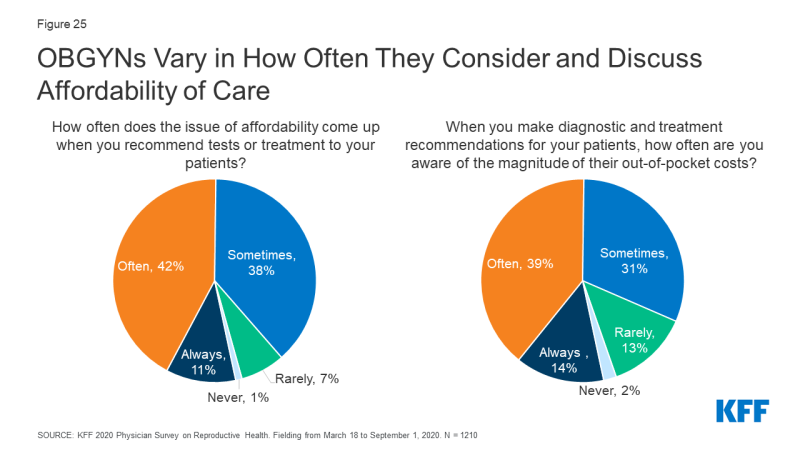 Figure 25: OBGYNs Vary in How Often They Consider and Discuss Affordability of Care

Nearly all OBGYNs acknowledged the cost burden that can be associated with seeking reproductive health care. Almost all OBGYNs said the cost of reproductive health services poses a major (55%) or minor (37%) financial burden for low-income patients in their practices, while only 7% believed it poses no financial burden (Figure 26). A higher share of OBGYNs in states without Medicaid expansion reported these services pose a major financial burden for low-income patients compared to OBGYNs in states with Medicaid expansion (63% vs. 52%). 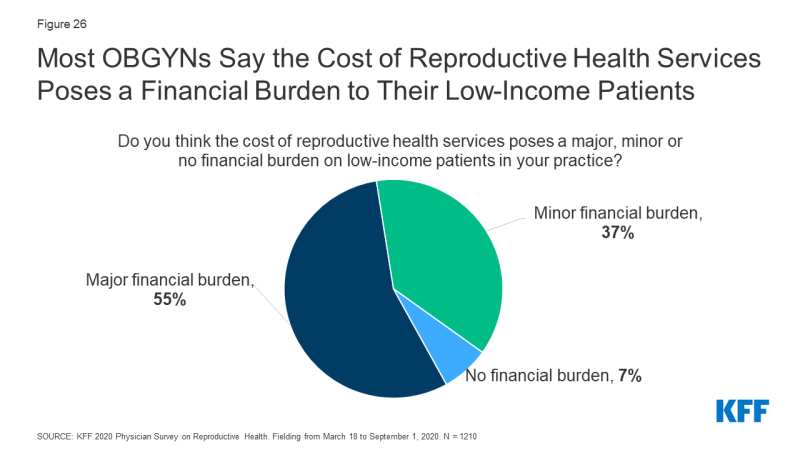 Figure 26: Most OBGYNs Say the Cost of Reproductive Health Services Poses a Financial Burden to Their Low-Income Patients

Impact of the ACA on Contraceptive Use

The passage of the Affordable Care Act (ACA) had several implications for women’s health care, and SRH care more broadly. Beginning in 2012, the law required nearly all private insurance plans to cover prescription contraceptive services and supplies without cost sharing to women. Since this regulation was implemented, over six in ten OBGYNs (63%) reported a significantly or somewhat increased share of their patients using any contraceptive method, while fewer reported no impact (34%) or a decreased share of patients using contraception (2%). In a similar vein, nearly seven in ten (69%) OBGYNs said the share of their patients who are able to select their desired contraceptive has increased significantly or somewhat since 2012 (Figure 27). Overall, these findings are consistent with other research documenting increases in contraceptive use, like IUD and implant use, since the contraceptive coverage requirement was implemented. 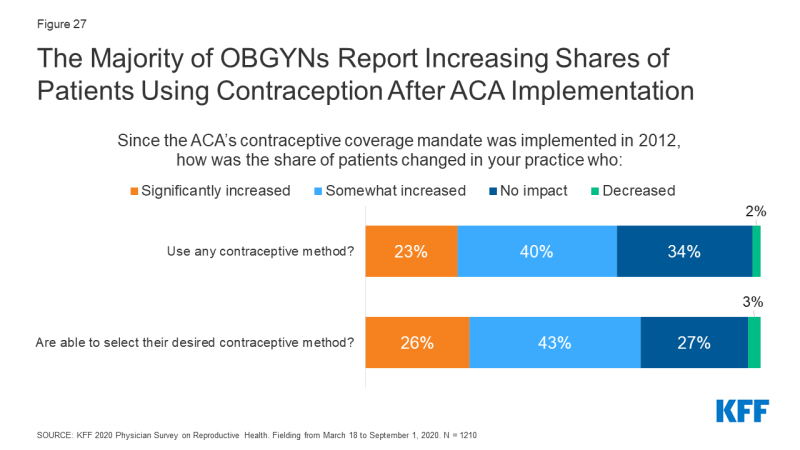 Over the last year, several reproductive health policy debates have made their way into the news and judicial system. This includes changes to the Title X Family Planning program, debates over federal- and state-level abortion regulations and rulings on contraceptive coverage for religious employers. [For context, 27% of OBGYNs surveyed identified as Republicans, 40% as Democrats, 25% as Independents, and 6% as something else.]

Two thirds OBGYNs reported following developments or news regarding federal and state policy debates on reproductive health very closely (22%) or fairly closely (46%). The other third of OBGYNs reported they have followed these debates not too closely (27%) or not at all (4%) (Figure 28). It was more common for OBGYNs who provide abortions compared to non-abortion providers to report following reproductive health policy news very closely (36% vs. 18%), as it was for providers at practices that offer gender affirming services compared to those who do not (29% vs. 19%). This is perhaps not surprising given that access to abortion and care for transgender individuals have been the targets of a number of policy changes over the past year. 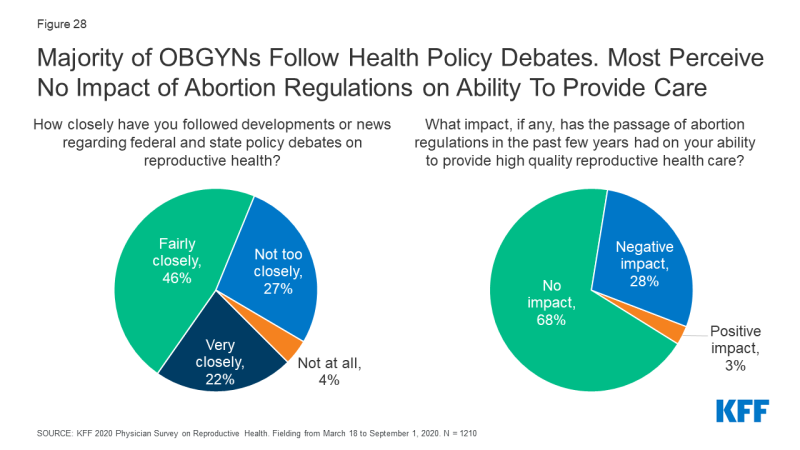 Figure 28: Majority of OBGYNs Follow Health Policy Debates. Most Perceive No Impact of Abortion Regulations on Ability to Provide Care

Several states across the country have passed an increasing number of laws regulating abortion in recent years, including gestational age limits and regulations on abortion providers and facilities. Most OBGYNs (68%) reported these new regulations did not impact their ability to provide quality reproductive health care to their patients, although about a quarter reported a negative impact (28%). Very few (3%) believed these regulations had a positive impact on their ability to provide quality reproductive health care (Figure 28). A higher share of the youngest group of OBGYNs perceived a negative impact of these regulations on provision of care compared to all other age groups (age <45: 40%, age 45-54: 23%, age 55-64: 19%, age 65+: 21%), as did OBGYNs in the Midwest (35%) and South (35%) compared to the Northeast (17%) and West (21%). Of note, abortion providers were just as likely to report a negative impact of these regulations as non-abortion providers (32% vs. 27%). 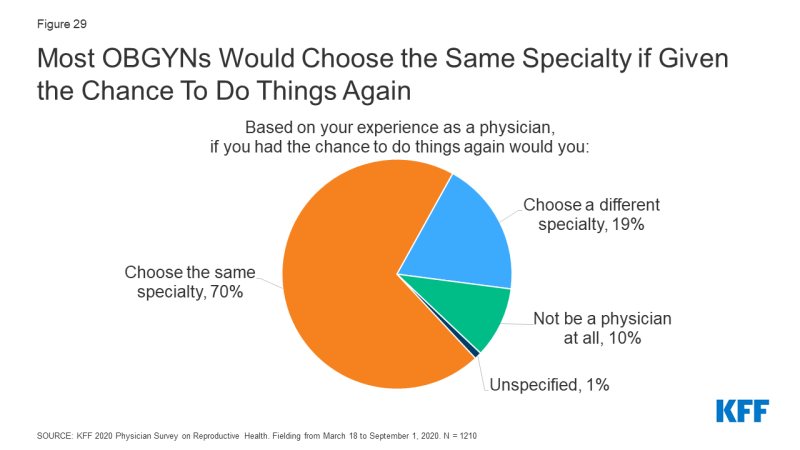 Figure 29: Most OBGYNs Would Choose the Same Specialty if Given the Chance To Do Things Again