Medicaid is a significant source of coverage for many people of reproductive age, covering 17% of non-elderly adult women in 2019 and financing in the U.S. and the majority of publicly-funded family planning services. Given the prominence of Medicaid as a payor for reproductive age women and services, it’s not surprising that many practices accept Medicaid. Nearly four out of five (78%) OBGYNs reported their practice accepts Medicaid, and 72% said that their practice is accepting new Medicaid patients. More OBGYNs in health centers/clinics accepted Medicaid patients compared to those in private office-based practices (90% vs. 77%). Additionally, a higher share of OBGYNs who practiced in rural areas compared to suburban or urban, and in the Midwest than the Northeast, South, and West accepted Medicaid (Figure 20). On average, OBGYNs who accept Medicaid estimated about half of their Medicaid patients (54%) were enrolled in managed care arrangements. 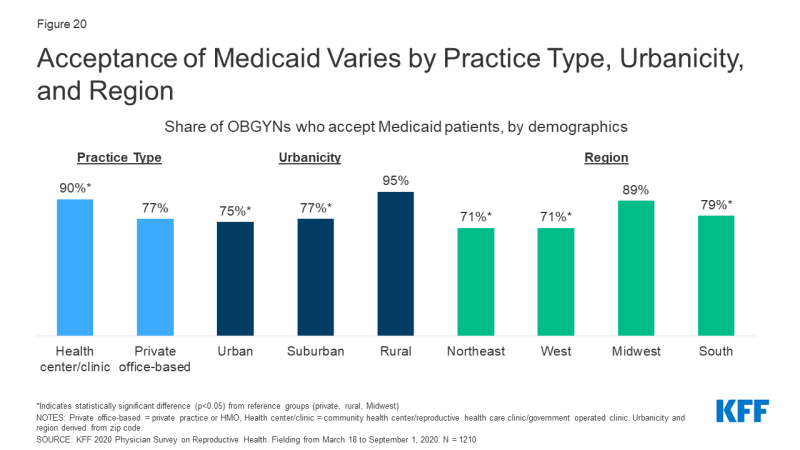 OBGYNs who practiced in health centers/clinics reported that, on average, 46% of their practices’ patients were on Medicaid, nearly double the rate of those who practice in private office-based settings (24%). On average, OBGYNs in health centers/clinics also saw a larger share of uninsured patients than private office-based practices (17% vs. 5%), as well as patients on other forms of public insurance like TRICARE and CHAMPUS (18% vs. 5%). OBGYNs in rural practices also reported, on average, higher shares of patients on Medicaid than those in urban and suburban practices (Figure 21). 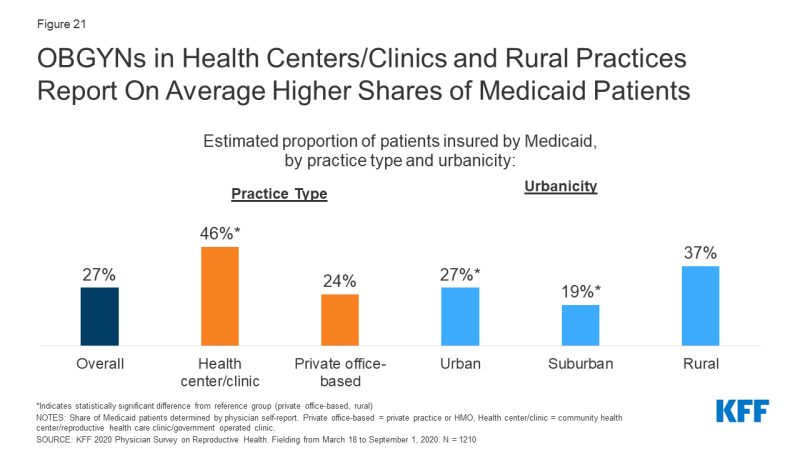 Some 40% of OBGYNs practicing in health centers/clinics reported that Medicaid patients accounted for over half of the patients seen in their practice, compared to 14% of those in private office-based practices (Figure 22). 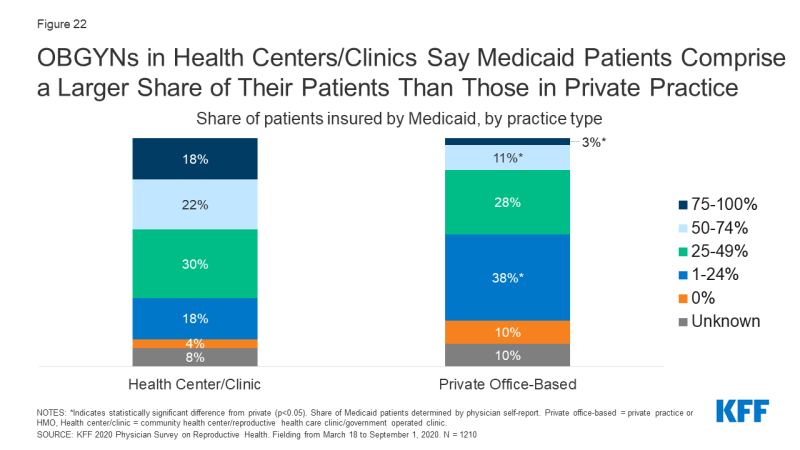 Figure 22: OBGYNs in Health Centers/Clinics Say Medicaid Patients Comprise a Larger Share of Their Patients Than Those in Private Practice

While most OBGYNs see patients with Medicaid, many reported payor challenges that came along with providing care for these patients. The vast majority of OBGYNs whose practice accepts Medicaid also reported that Medicaid pays much less (49%) or somewhat less (41%) than most private insurance plans (Figure 23). It was more common for OBGYNs in private office-based practice to say Medicaid pays less compared to those in health centers/clinics (91% vs. 82%), but providers in both settings reported lower payment rates compared to private plans.

Additionally, among OBGYNs who said their practice accepts Medicaid, nearly three in four said it was much harder (28%) or somewhat harder (45%) to find specialists who accept referrals for Medicaid compared with most private insurance plans (Figure 23). This challenge was reported by more than eight in ten OBGYNs in the South (83%), compared to lower shares in the Northeast (60%), West (72%), and Midwest (68%). OBGYNs in states that have not expanded Medicaid were also more commonly found to report this challenge compared to those in Medicaid Expansion states (84% vs. 68%), as were those in urban areas compared to rural areas (77% vs. 63%). 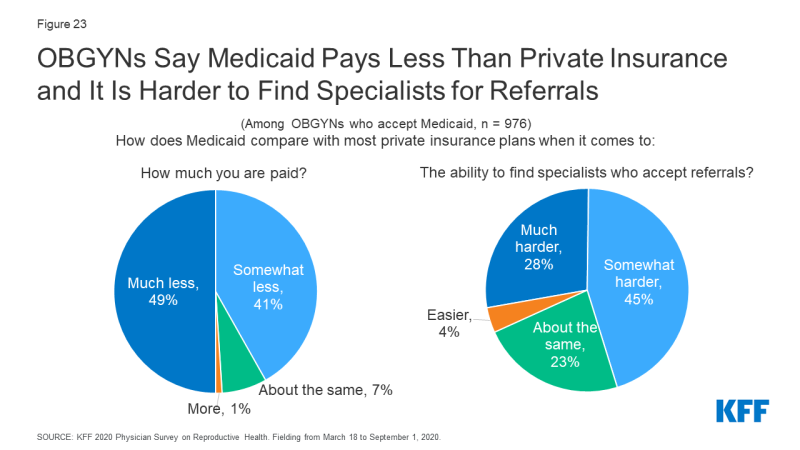 Figure 23: OBGYNs Say Medicaid Pays Less Than Private Insurance and It Is Harder to Find Specialists for Referrals

Most OBGYNs said they also faced Medicaid limitations specific to providing contraceptive care. Many had been required to obtain prior authorization for specific contraceptives (45%). About a third had been limited to prescribing a 30-day initial supply for some contraceptive methods (33%). Fewer had experienced their patients having to use certain contraceptive methods before stepping up to more costly ones, known as “step therapy” (18%), or replacement barriers for LARCs that had been removed or expelled (15%) (Figure 24). A sizable share of OBGYNs were not sure if these limitations had affected their practices or not. 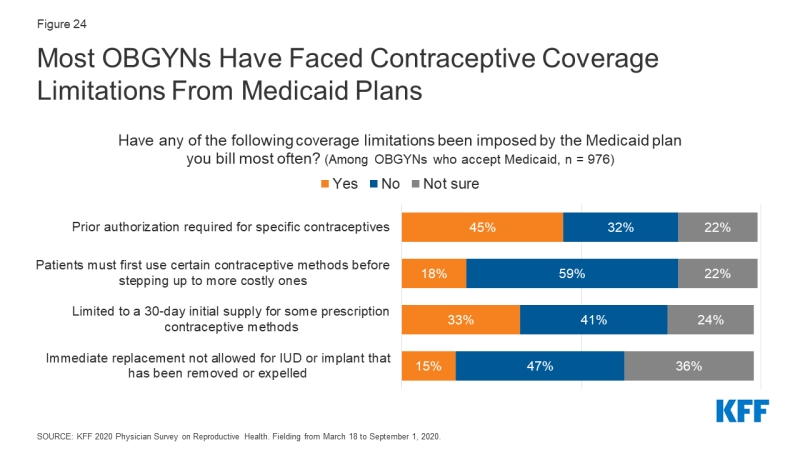