When asked how well the current health insurance system in the United States works for various groups, fewer than a quarter of people with employer coverage say it works “very well” for any group, with the exception of wealthy people (70 percent). Still, a large majority believes the system works at least “somewhat well” for people with employer health coverage (79 percent), somewhat higher than the share who say the same about people covered by Medicare (65 percent) or Medicaid (63 percent), and substantially higher than the share saying the system works well for those who buy their own insurance (45 percent). 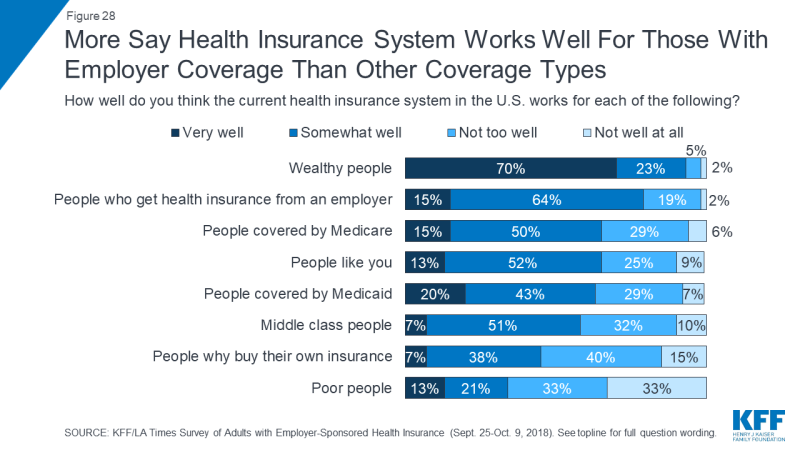 While almost two-thirds (65 percent) of people with employer coverage feel the current health insurance system in the U.S. works at least “somewhat well” for people like them, the percentage varies by income and deductible level. For example, 80 percent of those in a plan without a deductible say the system works well for people like them, compared to about half (48 percent) of those in the plans with the highest deductibles. Similarly, about three-quarters of those with annual household incomes of at least $100,000 feel the system works well for them, compared with half (49 percent) of those with incomes under $40,000. 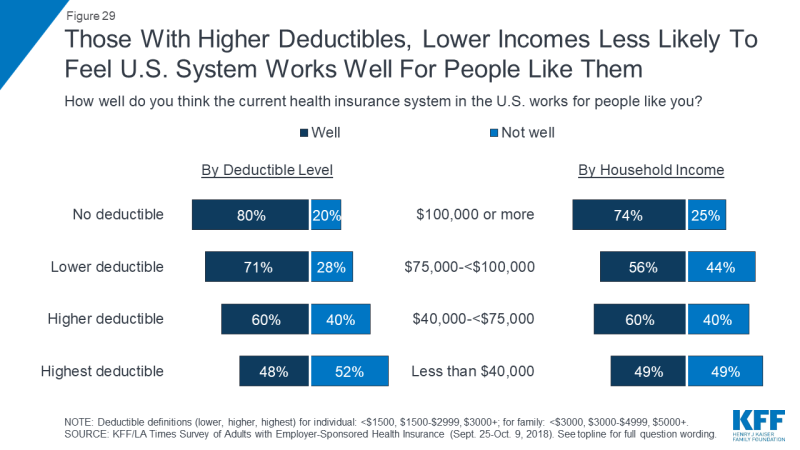 Figure 29: Those With Higher Deductibles, Lower Incomes Less Likely To Feel U.S. System Works Well For People Like Them

While most feel the system is working well for them, about eight in ten (78 percent) people with employer coverage say the cost of health care for people like them is too high, with near-universal agreement across demographic groups. Asked who they blame for the high cost of health care, people mainly point to two groups that have long been named by the public as culprits of high costs: pharmaceutical and insurance companies, with about six in ten saying each deserves “a lot of blame.” About three in ten also place a lot of blame on hospitals (32 percent), the Affordable Care Act (29 percent) and the Trump Administration’s recent actions on health care (28 percent), while fewer place a lot of blame on doctors (15 percent). Echoing the finding that a large majority says they feel “grateful” for their employer-provided health insurance, just 7 percent say employers deserve a lot of blame for the high cost of health care, while two-thirds say employers deserve “just a little” or “no blame at all.” 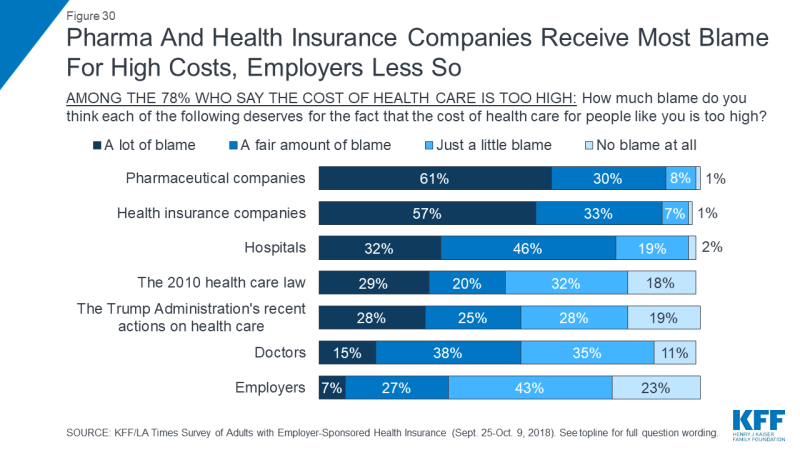 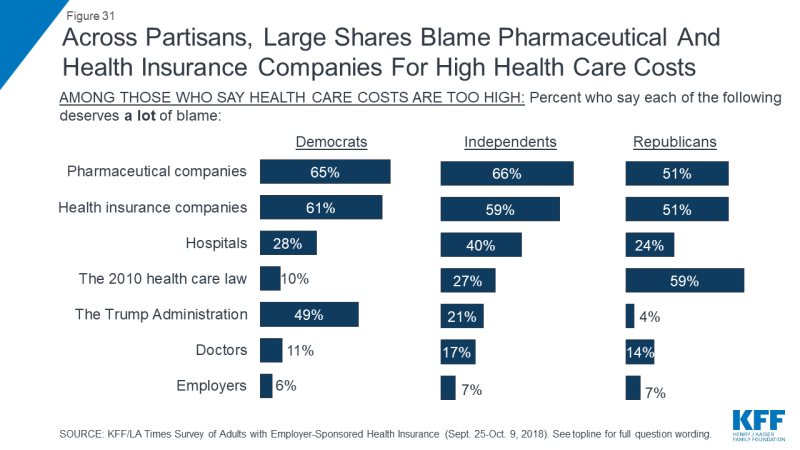