Just under one in five (18 percent) of all adults with employer coverage report being in a high deductible health plan paired with a Health Savings Account (HSA). Most of these people report making relatively modest contributions and having relatively modest savings in their HSA, particularly if they have lower incomes. For example, about half (47 percent) of people with an HSA plan say they have contributed less than $1,000 to their account in the past 12 months, and just 11 percent say they’ve contributed $5,000 or more. Among those with household incomes under $75,000 a year, 72 percent say they contributed less than $1,000 and just 3 percent put in at least $5,000. 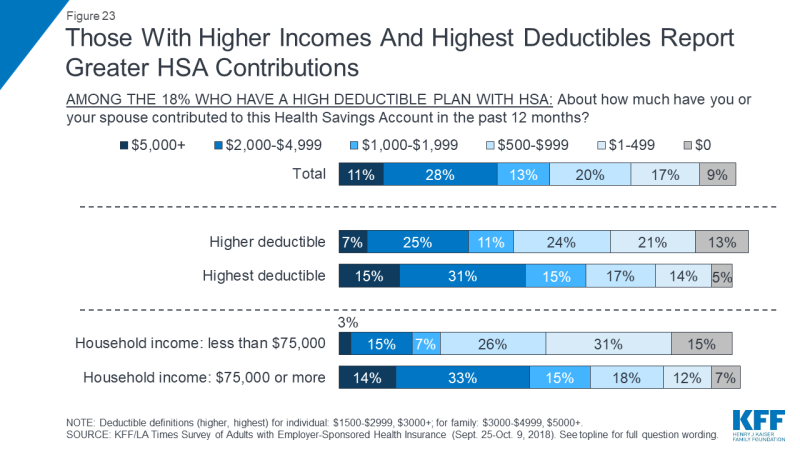 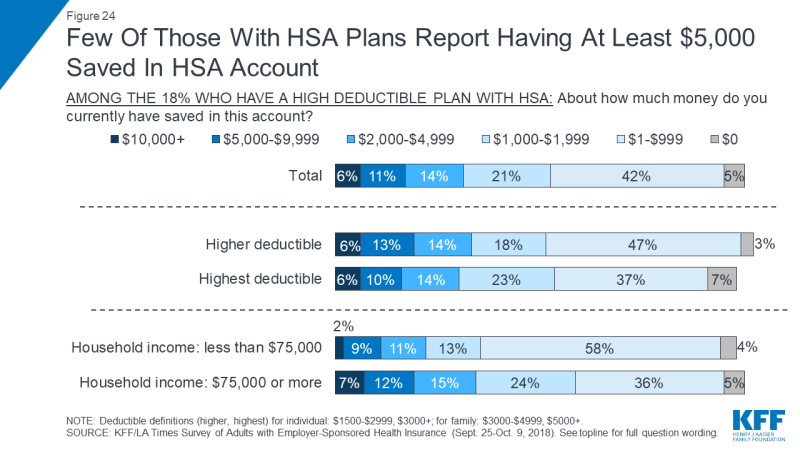 Figure 24: Few Of Those With HSA Plans Report Having At Least $5,000 Saved In HSA Account

The survey finds that individuals with HSA plans are more likely to view them as a way to pay for current medical bills (68 percent) than as a way to save money for the future (32 percent). This also bears out in their self-reported behaviors: while seven in ten (72 percent) say they have used their HSA to pay medical bills in the past 12 months, far fewer – 21 percent – say they use their HSA to invest in stocks, bonds, or mutual funds. 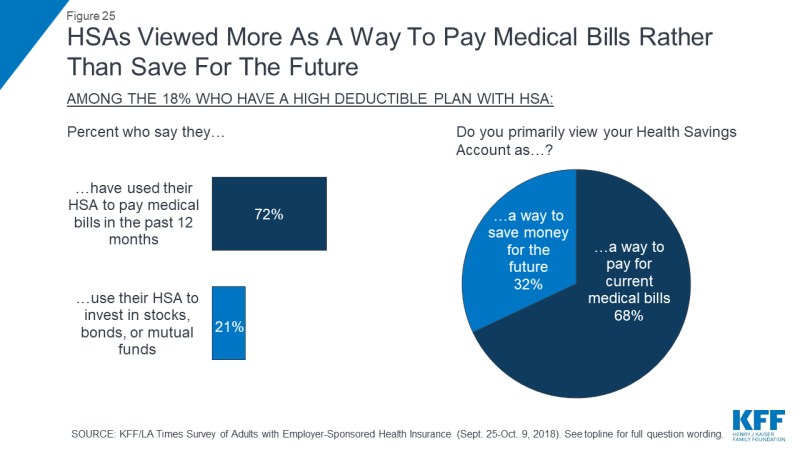 Figure 25: HSAs Viewed More As A Way To Pay Medical Bills Rather Than Save For The Future