Section 3: The experiences of those with high deductibles and those with chronic conditions

As noted above, people with employer sponsored health plans that have high deductibles are more likely to report problems affording health care, and more likely to postpone or forgo health care services for cost reasons. One contributing factor may be the fact that many people in higher deductible plans do not have enough savings to cover the full amount of their deductible. When asked how much they have in savings that could easily be accessed in the short term, three in ten (31 percent) of those in higher deductible plans and more than half (56 percent) of those in the highest deductible plans name an amount that is less than the amount of their deductible. 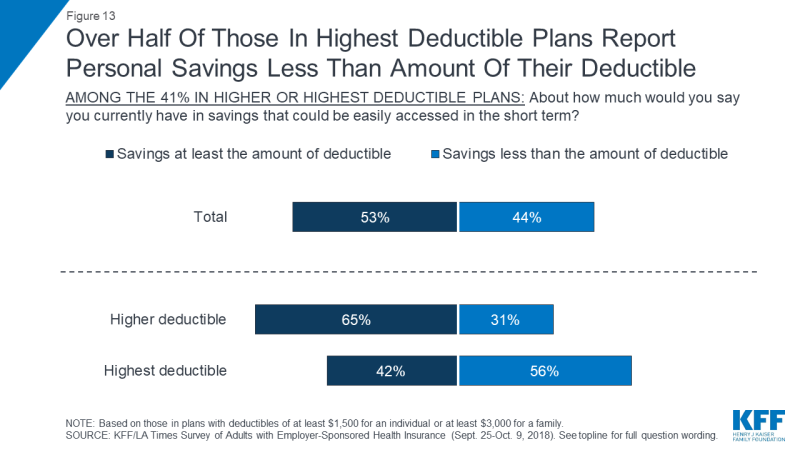 Figure 13: Over Half Of Those In Highest Deductible Plans Report Personal Savings Less Than Amount Of Their Deductible 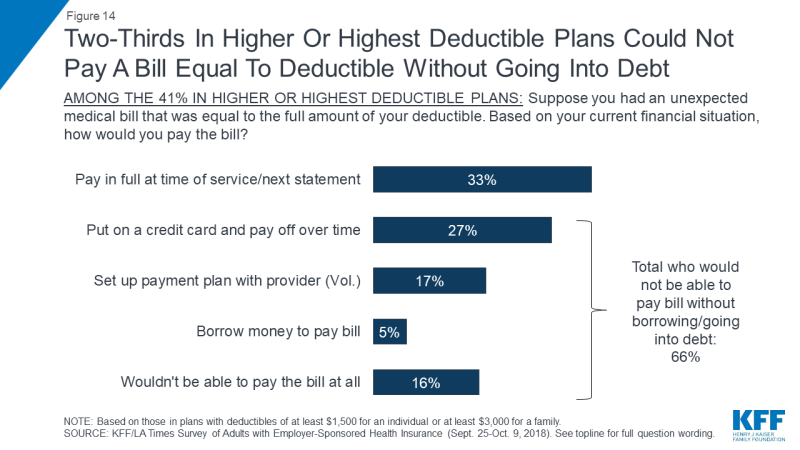 Figure 14: Two-Thirds In Higher Or Highest Deductible Plans Could Not Pay A Bill Equal To Deductible Without Going Into Debt 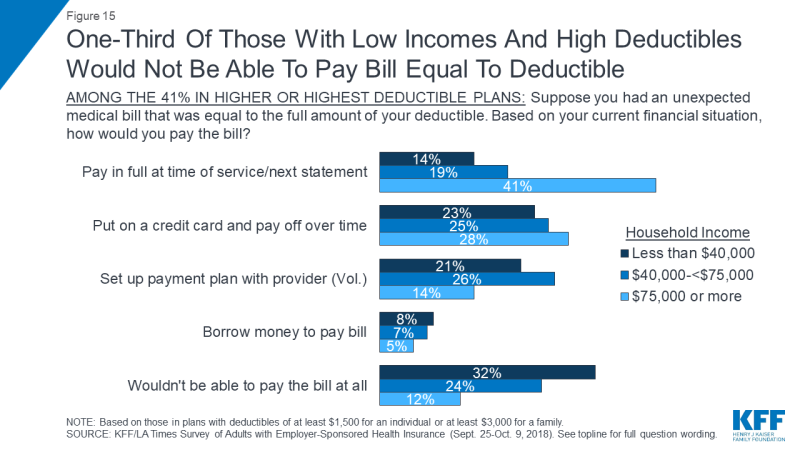 Figure 15: One-Third Of Those With Low Incomes And High Deductibles Would Not Be Able To Pay Bill Equal To Deductible

Another group that is particularly vulnerable to health care affordability issues are people with chronic conditions. Those who say someone covered by their plan has a chronic health condition (a group that makes up 54 percent of people with employer plans) are about twice as likely as others to report problems paying medical bills (36 percent versus 16 percent). They are also much more likely to say they’ve had difficulty affording medical bills before meeting their deductible, unexpected medical bills, co-pays, and monthly health insurance premiums. 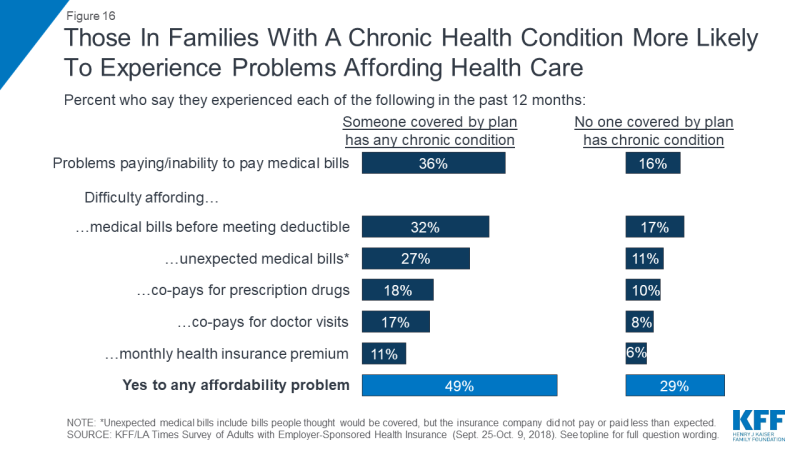 Drilling down into the consequences of these affordability problems reveals more about the financial burden of health care on families with chronic conditions. Overall, more than one-third of those with a chronic condition in the family say they put off vacations or major household purchases (36 percent) or cut back spending on food, clothing, or basic household items (35 percent) in order to pay for health care and insurance costs. Nearly three in ten (28 percent) say they increased their credit card debt, about a quarter (26 percent) say they used up all or most of their savings, and one in five (19 percent) say they took on an extra job or worked more hours in order to pay for health care. Other consequences, such as borrowing money, seeking charity aid, or changing living situation were less common, but still occurred at about twice the rate among people in families with a chronic condition compared to those without such a condition. 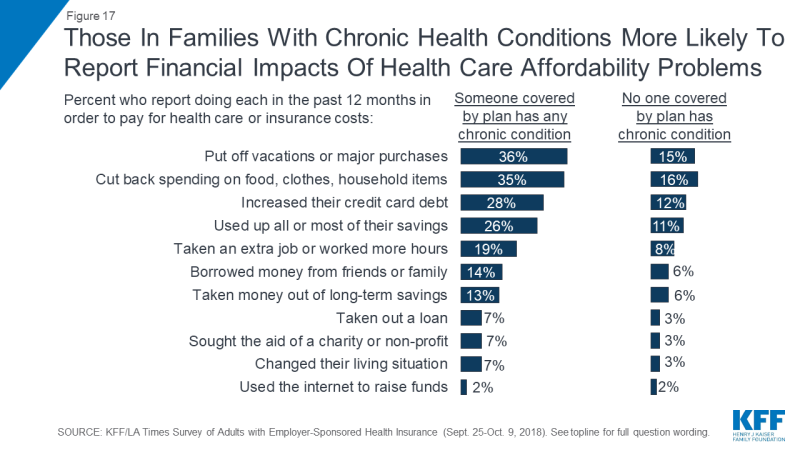 The combination of a chronic condition and a high deductible can also lead families to worry about affording health care in the future. For example, among those with a chronic condition in the family, about half of those in the highest deductible plans say they are not confident in their ability to pay for the usual medical costs they and their family require, and almost two-thirds are not confident they could pay for a major illness. 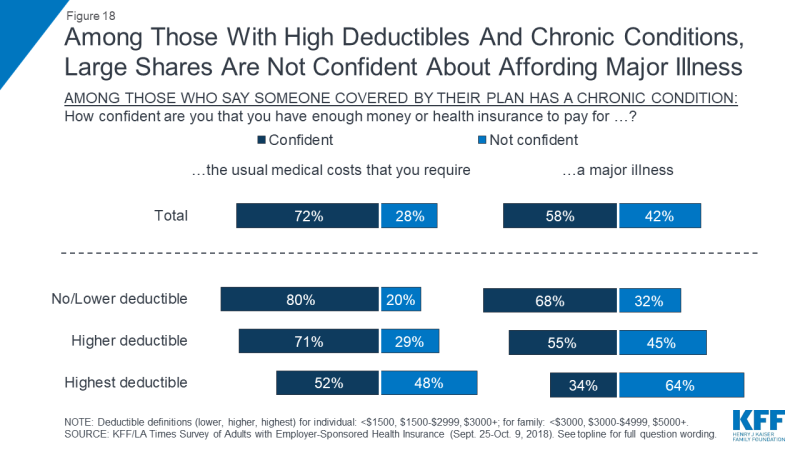 Figure 18: Among Those With High Deductibles And Chronic Conditions, Large Shares Are Not Confident About Affording Major Illness