The survey finds that at the same time premiums and deductibles have been rising for people with employer-sponsored coverage, cost has taken on greater importance in health insurance decision-making compared to previous years. For example, when asked to choose the most important feature in a health plan, one quarter cite a low monthly premium, 18 percent choose a low deductible, and 16 percent cite low co-pays, amounting to six in ten (59 percent) choosing a cost-related factor. About a quarter (26 percent) choose coverage-related factors including having a wide range of benefits (17 percent) or a wide choice of doctors and hospitals (10 percent). These shares are essentially reversed from a KFF survey conducted in 2003, when one-third of people with employer coverage chose cost-related factors as the most important feature in a health plan and six in ten chose a wide range of benefits or choice of providers. 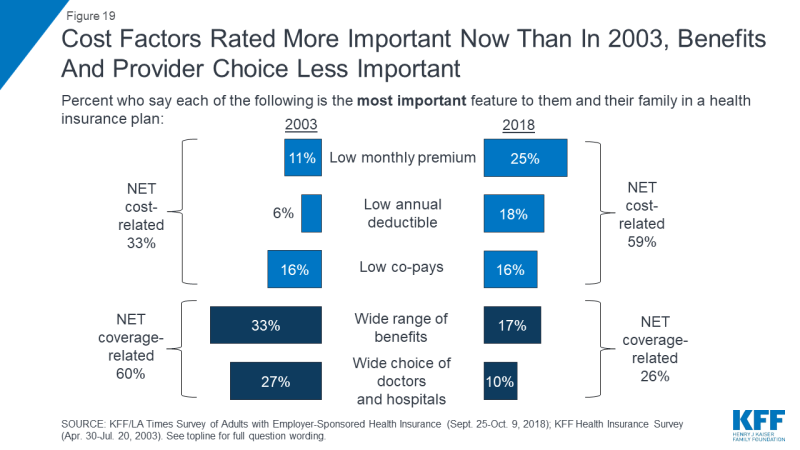 Another trend point shows a similar pattern. Among those whose employer offered a choice of plans, the share who say they picked their plan based on the cost increased 15 percentage points, from 21 percent in 2003 to 36 percent in the current survey. 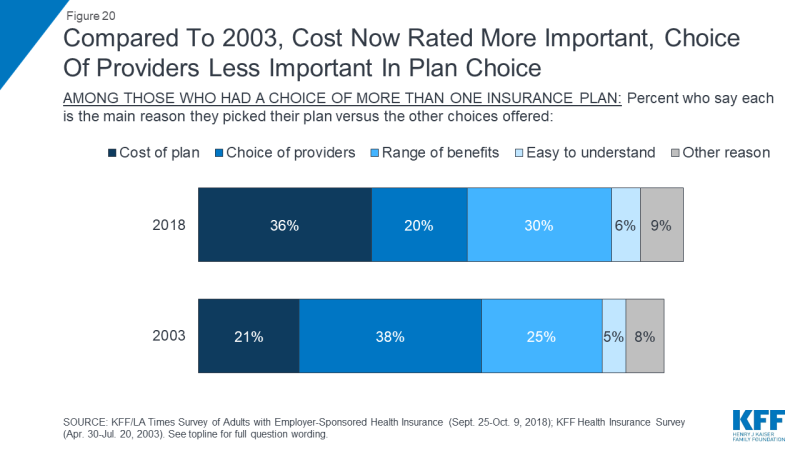 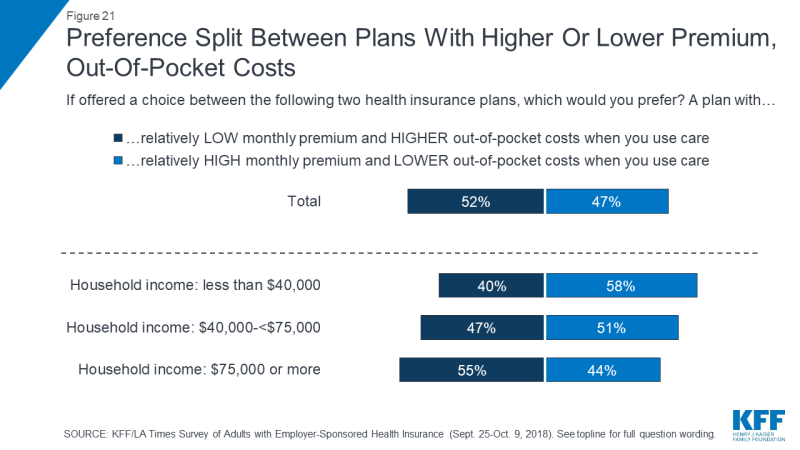 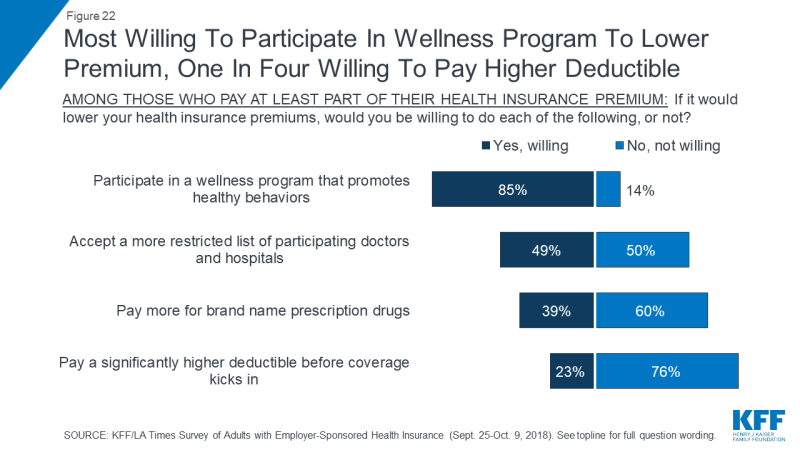 Figure 22: Most Willing To Participate In Wellness Program To Lower Premium, One In Four Willing To Pay Higher Deductible

Section 3: The experiences of those with high deductibles and those with chronic conditions Section 5: Views and experiences related to Health Savings Accounts