Like last year, the primary source of coverage for California’s previously uninsured who now have insurance continues to be Medi-Cal, with half reporting they have coverage through the state’s Medicaid program. About 2 in 10 (21 percent) of those now with insurance say they are enrolled in a plan through an employer or through Covered California (18 percent).  The combined enrollment in Medi-Cal and Covered California shows that at the end of the second enrollment period about two-thirds (68 percent) of California’s recently insured have coverage through these ACA-related coverage options. 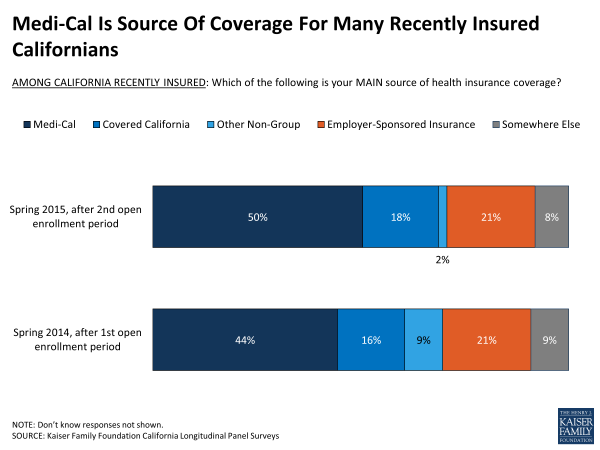 Gaps In Coverage And Plan Changes

As noted above, although people report having health insurance at a point in time, they may experience gaps in coverage during periods of transitions such as gaining or losing coverage through an employer or during changes in income and eligibility.  Nearly 6 in 10 (58 percent) of the recently insured say they had health insurance for all of the last 12 months, but about 4 in 10 (42 percent) say they went without coverage at some point in the past year.

People also may move from one type of insurance or health plan to another over the course of the year as their access to coverage through an employer changes or their eligibility changes as their income fluctuates. About 6 in 10 (63 percent) of the recently insured say they stayed with the same plan they had in 2014, while about a fifth (17 percent) say they changed to a different plan. Another 20 percent say they didn’t have coverage last year. 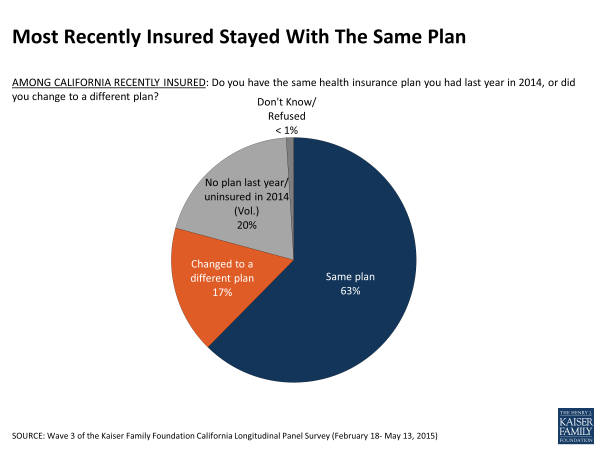 Most of the recently insured who changed plans said it was easy to do (75 percent, or 12 percent of those with insurance). People report changing plans for a number of reasons, such as a change in income (8 percent), wanting a plan with more choice of providers or a plan that covered a specific provider (7 percent), and a change in personal or family health needs (5 percent). 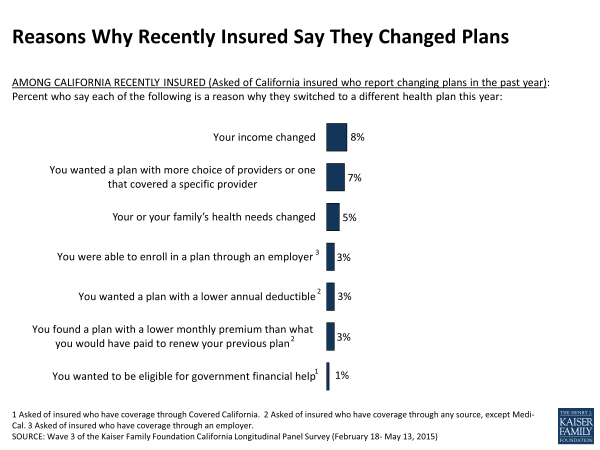 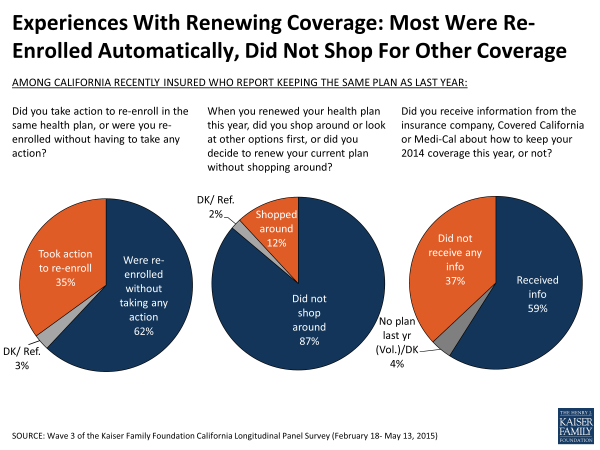 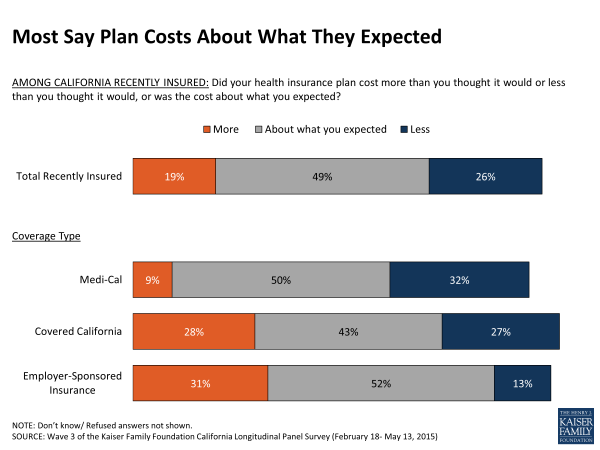 Large majorities of those who report having insurance after the second open enrollment period say their experiences with their current health plan have been positive, including about 8 in 10 (83 percent) Medi-Cal enrollees and about 6 in 10 (63 percent) Covered California enrollees. 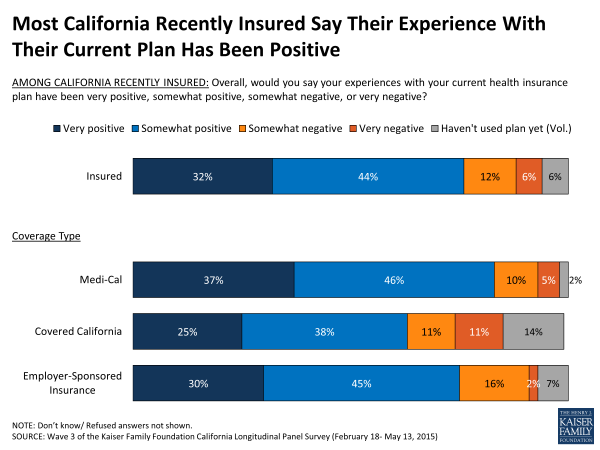 The recently insured are largely satisfied with their plan’s choice of primary care doctors (79 percent), hospitals (75 percent), and specialists (67 percent), a finding that is consistent across plan types; however some say that they have experienced problems accessing care in the past 12 months. For example, 16 percent of the recently insured say they have been told by a doctor’s office in the past 12 months that they would not accept them as a new patient. Higher shares of those with Medi-Cal (17 percent) or plans through Covered California (23 percent) say they’ve been turned away by a doctor’s office or clinic than those with employer coverage (6 percent). About 3 in 10 (28 percent) of the recently insured say they have had to wait longer than they thought was reasonable for an appointment for medical care. It is possible that some experienced these issues prior to enrolling in their current coverage. Still, the majority of the recently insured (72 percent) say they have visited a doctor in the past 12 months, significantly higher than the 4 in 10 (40 percent) who are uninsured. 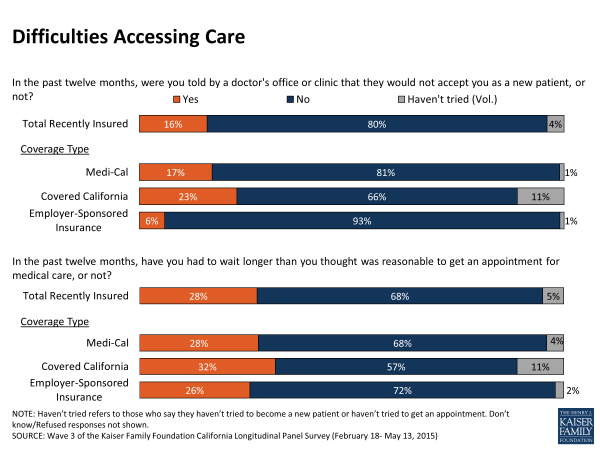