New analysis shows that, in 2019, the number of uninsured continued to increase for the third year in a row, rising to 28.9 million people. Much of the coverage loss between 2018 and 2019 was among Hispanic people, who already were at increased risk of being uninsured. These losses erode earlier coverage gains under the Affordable Care Act (ACA) that had narrowed longstanding disparities in health coverage. Since 2019, coverage losses have likely continued due to the economic downturn associated with the COVID-19 pandemic, which has taken a disproportionate toll on Hispanic people and other people of color. Together these data point to significant increased barriers to health care for Hispanic people, including children, that will likely lead to widening health disparities looking forward. 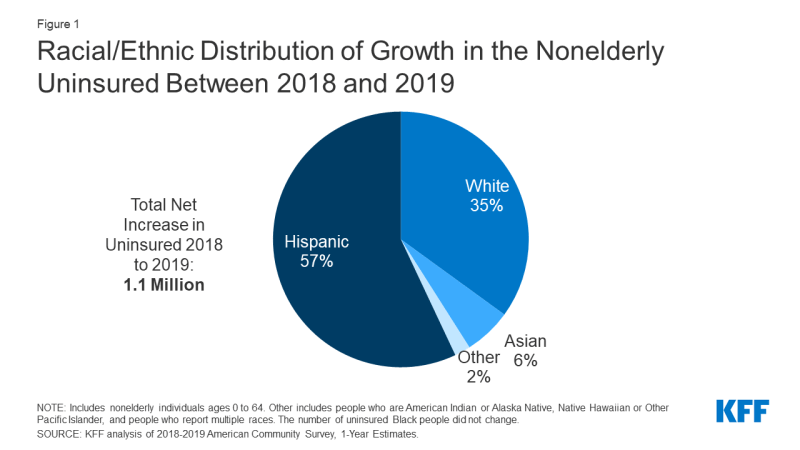 Figure 1: Racial/Ethnic Distribution of Growth in the Nonelderly Uninsured Between 2018 and 2019 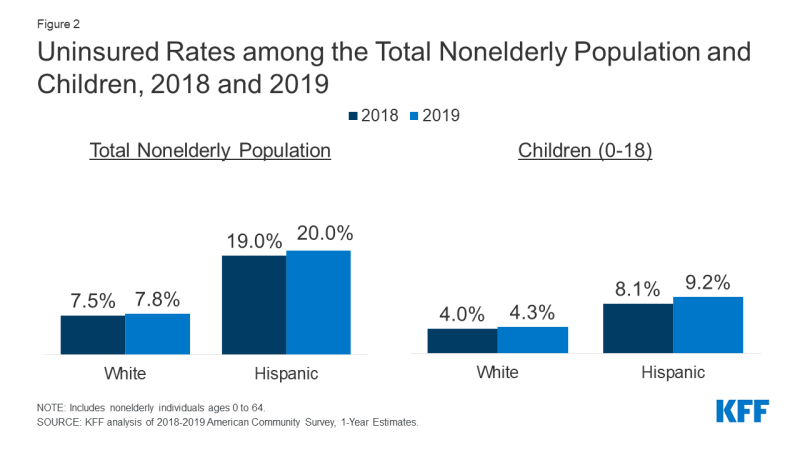 Figure 2: Uninsured Rates among the Total Nonelderly Population and Children, 2018 and 2019​

These coverage losses erode previous coverage gains under the ACA that had helped narrow longstanding disparities in coverage. Between 2010 and 2016, Hispanic individuals had the largest percentage point decrease in their uninsured rate, which fell from 32.6% to 19.1% among the nonelderly population, although they remained over 2.5 times more likely than their White counterparts to be uninsured (19.1% vs. 7.1%). These coverage gains stalled and began to reverse for some groups between 2016 and 2018.

Recent coverage losses among Hispanic people likely, in part, reflect growing immigration-related fears due to changes in immigration policy. The recent growth in the number of uninsured is likely due to a combination of factors, including rollback of outreach and enrollment efforts for ACA coverage, changes to Medicaid renewal processes, and elimination of the individual mandate penalty for health coverage. In addition, research suggests that recent changes to immigration policy, particularly changes to public charge policy, are contributing to growing fears among immigrant families about participating in public programs, including health coverage. In response to these fears, some immigrant families are avoiding enrolling themselves and/or their children in Medicaid or the Children’s Health Insurance Program (CHIP) or are disenrolling from or declining to renew their coverage despite being eligible.

The COVID-19 pandemic has likely contributed to additional coverage losses that will further widen disparities in coverage for Hispanic people. Data suggest that Hispanic people have been particularly hard hit by the economic fallout of the pandemic. Hispanic people have experienced large increases in unemployment, particularly among women, leading to widening gaps in employment compared to White people. Between the third quarter of 2019 and the third quarter of 2020, the unemployment rate for Hispanic people rose from 4.2% to 11.2%, while for White people it increased from 3.4% to 7.9%. Among Hispanic women, it rose from 4.8% to 12.5%, while the rate for White women rose from 3.7% to 8.6%. As people lose jobs, many may face disruptions in their health coverage since most people in the U.S. get their insurance through their job. While the ACA has provided coverage options for people losing employer-sponsored coverage who might otherwise become uninsured, enrollment in these options may be more limited among Hispanic people due to fears among immigrant families and other enrollment barriers. As such, Hispanic people face disproportionate risks of losing health coverage amid the pandemic that may exacerbate and further widen their gaps in health coverage.

Together these data show that Hispanic people experienced large coverage losses even before the economic upheaval of the pandemic. It is likely that they have had additional losses in coverage amid the pandemic because of high rates of job loss and increased barriers to enrolling in coverage, including immigration-related fears. These coverage losses come at the same time they are bearing a disproportionate burden of the health impacts of COVID-19 and may contribute to increased difficulties accessing testing and treatment. Looking ahead, people of color would likely face further disproportionate losses in coverage if the ACA is overturned by the Supreme Court. Coverage losses will lead to increased barriers to care and worse health outcomes, widening disparities in health at a time when there is a growing focus on prioritizing and advancing health equity and in the middle of a pandemic that has disproportionately affected people of color in the US.