In November, the Supreme Court is scheduled to hear arguments on a legal challenge, supported by the Trump administration, that seeks to overturn the Affordable Care Act (ACA). As noted in a previous KFF analysis, the outcome will have major effects throughout the health care system as the law’s provisions have affected nearly all Americans in some way. One of the most significant aspects of the ACA has been its expansion of health coverage options through the Medicaid expansion to low-income adults and the creation of the health insurance marketplaces with subsidies to help people purchase coverage. This analysis shows that these new coverage options have contributed to large gains in coverage, particularly among people of color, helping to narrow longstanding racial disparities in health coverage. The loss of these coverage pathways, particularly the Medicaid expansion, would likely lead to disproportionate coverage losses among people of color, which would widen disparities in coverage, access to care, and health outcomes.

Prior to the ACA, people of color were significantly more likely to be uninsured than White people. The higher uninsured rates among groups of color reflected limited access to affordable health coverage options. Although the majority of individuals have at least one full-time worker in the family across racial and ethnic groups, people of color are more likely to live in low-income families that do not have coverage offered by an employer or to have difficulty affording private coverage when it is available. While Medicaid helped fill some of this gap in private coverage for groups of color, before the ACA, Medicaid eligibility for parents was limited to those with very low incomes (often below 50% of the poverty level), and adults without dependent children—regardless of how poor—were ineligible under federal rules.

People of color experienced large coverage gains under the ACA that helped to narrow but did not eliminate disparities in health coverage. Coverage rates increased for all racial/ethnic groups between 2010 and 2016, with the largest increases occurring after implementation of the ACA Medicaid and Marketplace coverage expansions in 2014 (Figure 1). Overall, nearly 20 million nonelderly people gained coverage over this period, including nearly 3 million Black people, over 5 million Hispanic people, and over 1 million Asian people. Among the nonelderly population, Hispanic individuals had the largest percentage point decrease in their uninsured rate, which fell from 32.6% to 19.1% between 2010 and 2016. Black, Asian, American Indian and Alaska Native (AIAN), and Native Hawaiian or Other Pacific Islander (NHOPI) people also had larger percentage point decreases in their uninsured rates compared to their White counterparts over that period. These coverage gains reduced percentage point differences in uninsured rates between some groups of color and White people, but disparities persisted. Most groups of color remained more likely to be uninsured compared to White people. Moreover, the relative risk of being uninsured compared to White people did not improve for some groups. For example, Black people remained 1.5 times more likely to be uninsured than White people, and the uninsured rate among Hispanic people remained over 2.5 times higher than the rate for White people. 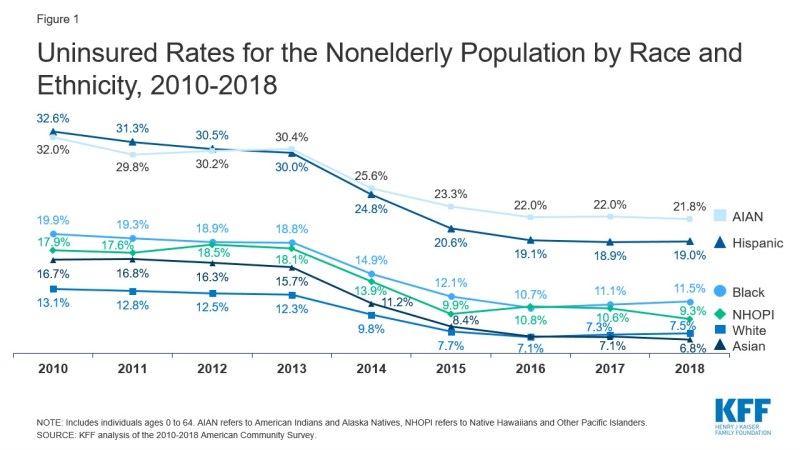 Figure 1: Uninsured Rates for the Nonelderly Population by Race and Ethnicity, 2010-2018

Between 2016 and 2017, and continuing in 2018, coverage gains stalled and began reversing for some groups. Over this period there were small but statistically significant increases in the uninsured rates for White and Black people among the nonelderly population, which rose from 7.1% to 7.5% and from 10.7% to 11.5% respectively. Among children, there was also a statistically significant increase in the uninsured rate for Hispanic children, which rose from 7.6% to 8.0% between 2016 and 2018. Recent data further show that the number of uninsured continued to grow in 2019 despite improvements in household economic measures, and indicate the largest increases between 2018 and 2019 were among Hispanic people. The growth in the uninsured likely reflects a combination of factors, including rollback of outreach and enrollment efforts for ACA coverage, changes to Medicaid renewal processes, public charge policies, and elimination of the individual mandate penalty for health coverage.

The ACA provides coverage options for people losing jobs amid the economic downturn associated with the pandemic. The economic fallout of the coronavirus pandemic has led to historic levels of job loss. As people lose jobs, many may face disruptions in their health coverage since most people in the U.S. get their insurance through their job. Early KFF estimates of the implications of job loss found that nearly 27 million people were at risk of losing employer-sponsored health coverage due to job loss. Many of these people may have retained their coverage, at least in the short term, under furlough agreements or employers continuing benefits after layoffs. However, the health coverage options made available through the ACA have provided options for people losing employer-sponsored coverage who might otherwise become uninsured. Following enrollment declines in 2018 and 2019, recent data indicate Medicaid enrollment increased by 2.3 million or 3.2% from February 2020 to May 2020. Additionally, as of May 2020, enrollment data reveal nearly 500,000 people had gained Marketplace coverage through a special enrollment period (SEP), in most cases due to the loss of job-based coverage. The number of people gaining Marketplace coverage through a SEP in April 2020 was up 139% compared to April 2019 and up 43% in May 2020 compared to May 2019.

People of color would likely experience the largest coverage losses if the ACA coverage options were eliminated. In the absence of the ACA, states would lose a pathway to cover adults without dependent children through Medicaid under federal rules. They also would lose access to the enhanced federal funding provided to cover expansion adults. As such, states would face challenges to maintain coverage for adults without dependent children and parents and many would likely roll back this coverage, eliminating a coverage option for millions of low-income parents and childless adults who do not have access to other affordable coverage. Moreover, without the federal subsidies, many people would not be able to afford private coverage. Since people of color experienced larger gains in coverage under the ACA compared to their White counterparts, they would likely also experience larger coverage losses if these coverage options were eliminated.

Loss of the Medicaid expansion, in particular, would likely lead to disproportionate coverage losses among people of color, contributing to widening disparities in coverage, access to and use of care, and health outcomes. Overall, among the nonelderly population, roughly one in three Black, Hispanic, and AIAN people are covered by Medicaid compared to 15% of White people (Figure 2). Further, research shows that the ACA Medicaid expansion to low-income adults has helped to narrow racial disparities in health coverage, contributed to improvements in access to and use of care across groups, and narrowed disparities in health outcomes for Black and Hispanic individuals, particularly for measures of maternal health. 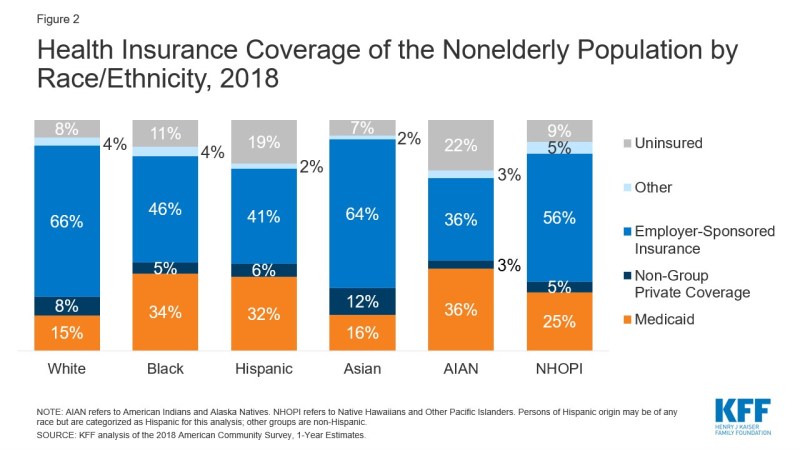 Figure 2: Health Insurance Coverage of the Nonelderly Population by Race/Ethnicity, 2018​

In sum, the outcome of the pending legal challenge to overturn the ACA will have effects that extend broadly across the health care system and touch nearly all Americans. These effects could include widening racial disparities in health coverage and health care, at a time when there is a growing focus on prioritizing and advancing health equity and in the middle of a pandemic that has disproportionately affected people of color in the US. Without the ACA coverage expansions, people of color would likely face widening gaps in health insurance coverage, which would contribute to greater barriers to health care and worse health outcomes and leave them at increased risk for medical debt and financial challenges due to health care costs.