In July, the new Postmaster General instituted changes in the operation of the U.S. Postal Service that could result in delays in mail delivery. More recently, the post office has suspended these changes until after the November election. Prior to the announcement that he was postponing these changes, the Postmaster General had warned states of the possibility that mail-in ballots requested close to state deadlines would not be received in time to be counted in November’s election. Changes to the Postal Service’s delivery standards have potential implications that extend beyond those for the election.

To understand who may be most affected by delays in the delivery of prescription drugs, we analyzed use of mail order in Medicare Part D and large group employer plans, and identified the therapeutic classes and specific drugs with the highest volume of fills by mail-order pharmacies in each market.

Based on 2018 data that predates the pandemic, 17% of Medicare Part D beneficiaries (7.3 million) and 13% of large employer plan enrollees (6.6 million) with prescription use had at least one prescription delivered from a mail-order pharmacy (Figure 1). Of the 157 million people who had employer coverage in 2018, 82 million were covered by an employer with 1,000 or more employees. In total, Medicare Part D beneficiaries and enrollees in large group employer plans filled 8% and 9% of prescriptions by mail order, accounting for 115 million and 58 million prescription fills respectively (Table 1). These estimates do not take into account mail-order use by people with other sources of coverage, including Medicaid, Marketplace plans, small-group enrollees, or the Veterans Administration. 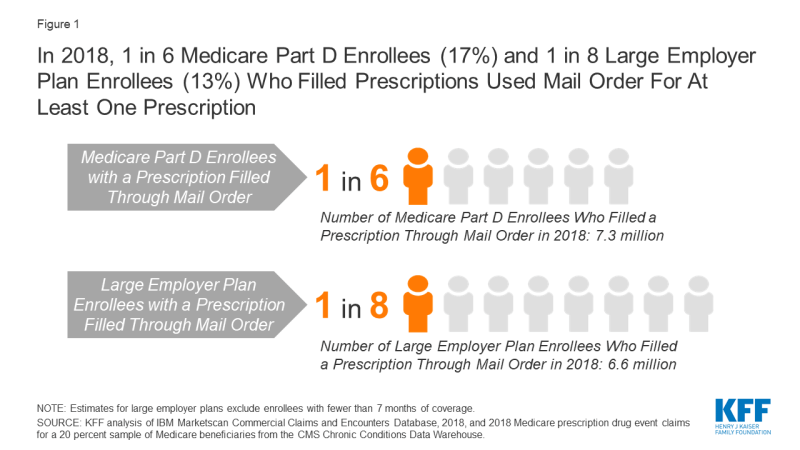 Figure 1: In 2018, 1 in 6 Medicare Part D Enrollees (17%) and 1 in 8 Large Employer Plan Enrollees (13%) Who Filled Prescriptions Used Mail Order For At Least One Prescription

Across both Medicare Part D and large group employer plans, cardiovascular agents made up five of the top 10 therapeutic classes in terms of mail-order prescription fills in 2018 (Table 1). In each population, antihyperlipidemic drugs to aid in lowering cholesterol had the largest number of prescriptions filled by a mail-order pharmacy. Among Medicare Part D beneficiaries, 14% of antihyperlipidemic drugs were filled by mail (16.5 million prescriptions), while 20% of drugs in this class were filled by mail by large employer plan enrollees (6.7 million prescriptions).

The top 10 drugs by volume of prescriptions filled by mail order in 2018 were the same for Medicare Part D and large employer plans, though the rankings vary slightly, and include several medications to treat high cholesterol and hypertension (Table 2). Among Medicare Part D enrollees, atorvastatin, which is used to treat high cholesterol, had the highest volume of mail-order fills (6.6 million, or 13% of all prescriptions for this product in 2018); among enrollees in large employer plans, levothyroxine sodium, which treats hypothyroidism, had the highest volume of mail-order fills (3.1 million, 16%). 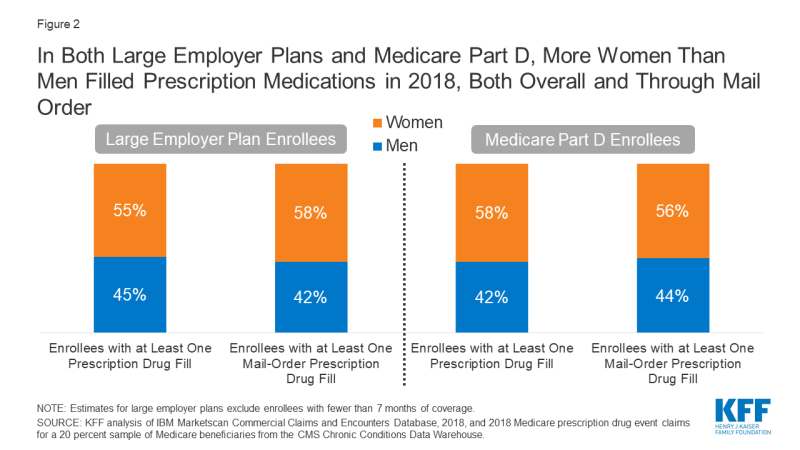 Figure 2: In Both Large Employer Plans and Medicare Part D, More Women Than Men Filled Prescription Medications in 2018, Both Overall and Through Mail Order

Drugs used to treat chronic conditions, including hypothyroidism, high cholesterol, hypertension, and type 2 diabetes, are among the prescriptions most commonly filled by mail order for Medicare Part D enrollees and large employer plan enrollees, whether measured by therapeutic class or product. Therefore, delays in delivery due to changes to the operations of the U.S. Postal Service could lead to negative health consequences if it compromises patients’ ability to adhere to their medication regimens.